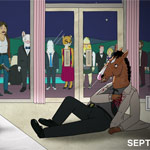 Everyone’s favorite equine existential crisis took to Twitter on Wednesday to announce the return of BoJack Horseman this fall. Season 5 of the Emmy-nominated adult animated series will premiere September 14 on Netflix. The announcement comes with a film noir-inspired first look image, which fines our horsey antihero in a very serious situation.

Created by Raphael Bob-Waksberg, the 2D series stars Will Arnett as the voice of BoJack — the washed-up star of the ‘90s sitcom Horsin’ Around who has been trying to muddle his way through cultural irrelevance with self-loathing, whisky and failed relationships. What started as a quest for a comeback with the help of his human pal Todd (Aaron Paul) and his feline agent/ex-girlfriend Princess Carolyn (Amy Sedaris) has taken more experimental turns over the years, consistently winning over critics and audiences with biting humor and, increasingly, emotional depth.

Bob-Waksberg exec produces with Steven A. Cohen and Noel Bright; actors Arnett and Paul also serve as exec producers. The series was designed by artist Lisa Hanawalt and is animated by LA-based ShadowMachine. BoJack Horseman is produced by The Tornante Company. 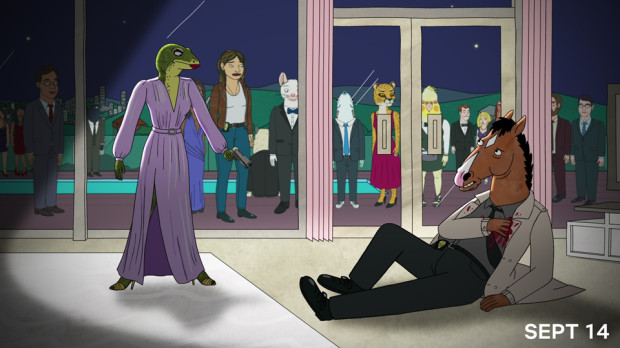