Netflix is expanding its programming offerings through its Internet TV streaming service by adding three new animated series to its slate of original preschool content. On the heels of this month’s earlier announcement of the preschool originals Cirque du Soleil – Luna Petunia and Puffin Rock, Netflix reveals the next couple years will see Word Party, Kazoops! and True & the Rainbow Kingdom join the fun.

Kazoops! (13 episode launch international 2016, U.K. & Aus. to follow) centers on imaginative Monty,who has a great sense of adventure and is always asking the question “Why?” Accompanied by his best friend Jimmy Jones and the family pet pig, Monty challenges everyday preconceptions about life through the power of his imagination. Produced by Cheeky Little in partnership with ABC and BBC; CG animation influenced by claymation and 2D graphic art.

True & the Rainbow Kingdom (10 x 22; international launch 2017, Canada to follow) is a comedy adventure series based on artwork created by the Friends With You collective and its positive messages of Magic, Luck and Friendship. True is a bright and resilient girl who serves as the guardian of the magical Rainbow Kingdom. With her best friend Bartleby the cat, she uses ingenuity and creative thinking to solve problems and bring harmony to the land. Produced by Guru Studio, Home Plate Ent. and i am OTHER. 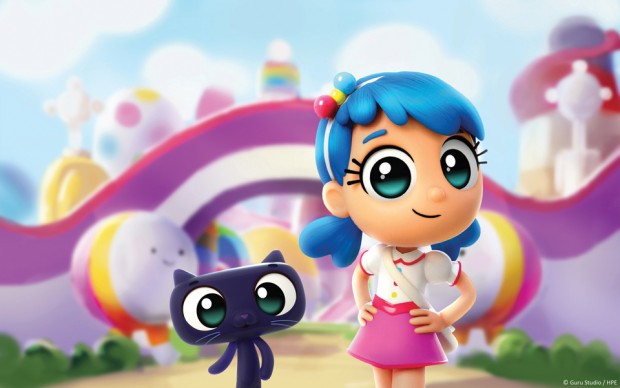