Cartoon Network is continuing its epic quest to redefine the fan experience with the evolution of its latest animation franchise, Mighty Magiswords. The property originally debuted last year on the Cartoon Network Anything micro-network as a 15-second interactive series, and is ready to take over the multi-platform universe beginning this summer with a number of new projects in the works.

Mighty Magiswords, created by Kyle A. Carrozza — an animation artist and writer who has worked on Random! Cartoons and SpongeBob SquarePants: Sponge Out of Water — is a comedy adventure about a brother and sister “warriors for hire” duo who travel the world on epic quests to collect magical swords. Cartoon Network Studios in Los Angeles is producing the new TV series, premiering this fall.

In addition to taking to the airwaves, Mighty Magiswords is inspiring nearly 400 pieces of platform-specific original content, including shorts, vlogs, web and mobile games, and interactive narrative content — all enhanced with proprietary technology allowing fans to participate in the world and collect their favorite swords. CN will begin to introduce fans to this expanded world this summer through a series of character-driven shorts, a web game and on-air spots. 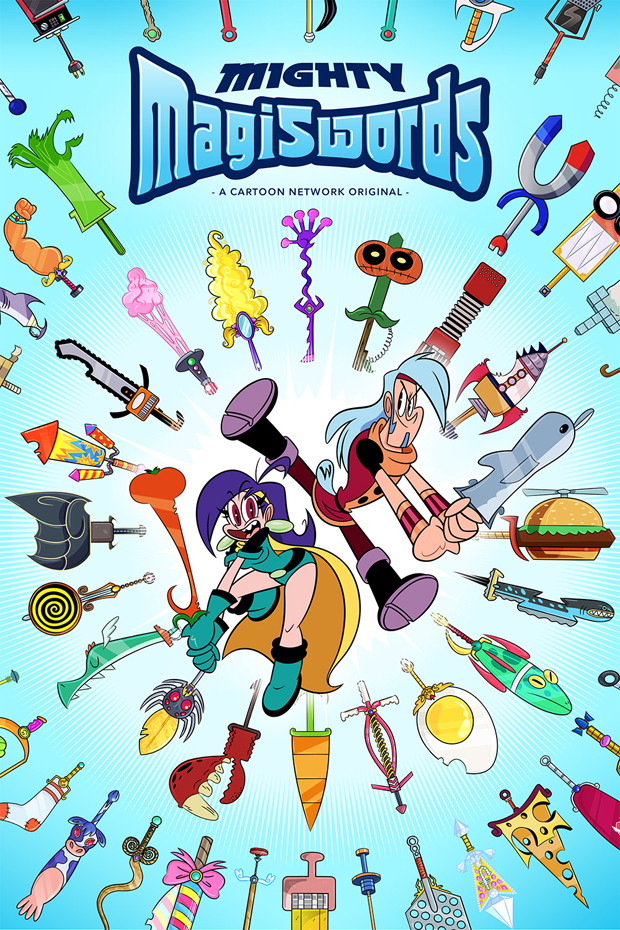