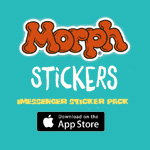 Bristol-based studio Aardman is offering fans of classic stop-motion a thoroughly modern way to celebrate with a newly released iMessage sticker pack featuring 16 Morph emojis, just in time for the character’s 40th anniversary. The pack is available now for free from the App Store.

In the perfect blending of old school craft and digital savvy, the emojis were hand sculpted by Peter Lord, Aardman co-founder and co-creator of Morph. The sculptures were then spiffied up with graphics and animation to bring them to life. The emoji set covers a variety of emotions, including angry, embarrasses, “thumbs-up,” “in love” and even a Morph version of the poop emoji. The collection also include messaging stickers to jazz up texts and social media posts.

“When someone said to me, ‘We could do Morph emojis,’ it was like this huge lightbulb going on. Of course. That’s just perfect! Morph has a lovely round face and he does great expressions; he really is like a living emoji,” said Lord. “Who wouldn’t want Morph’s happy (and sometimes grumpy) face all over their messages? Bless him. So I jumped on the idea, and I’m so happy with the way they’ve worked out, they’re really funny and charming.” 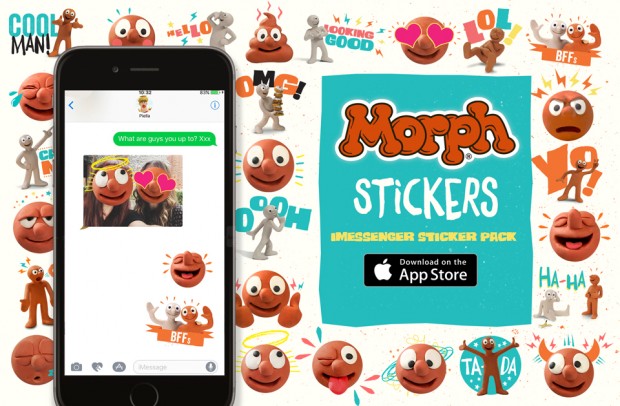 You may also like...
Related Topics:Aardman Animation, Morph, Peter Lord