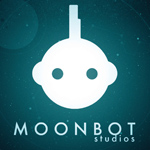 Moonbot Studios has done it again. The talented team at the Louisiana-based studio, which is founded by illustrator/animator/producer William Joyce, Brandon Oldenburg and Lampton Enochs, has created a fantastic app and animated short for Chipotle Mexican Grill titled The Scarecrow. Both the game and the film depict a scarecrow’s journey to bring wholesome food back to the people by providing an alternative to the processed food that dominates his world. The game and the film were created in partnership with Academy Award winning Moonbot Studios. The game is available for free download in the Apple App Store and the short film can be viewed below and at www.scarecrowgame.com.

The Scarecrow film and game are designed to help educate people about the world of industrial food production that supplies much of what they eat. The film is set in a dystopian fantasy world where all food production is controlled by fictional industrial giant Crow Foods. The Crow Foods factory is staffed by scarecrows who have been displaced from their traditional jobs on the farm and are now relegated to working for the crows by helping them maintain their unsustainable processed food system. The short film is set to a remake of the song “Pure Imagination” from the 1971 film classic Willy Wonka and the Chocolate Factory, performed by Grammy Award-winning artist, Fiona Apple.

The game allows users to visit the animated world and correct the wrongs committed by Crow Foods. Designed for iPhone, iPad and iPod touch, the game allows players to fly through the city of Plenty to transport confined animals to open pastures, fill fields with diverse crops at Scarecrow Farms, and serve wholesome food to the citizens at PlentyFull Plaza, all while avoiding menacing Crowbots. With each level, the city of Plenty becomes more and more beautiful, just how the scarecrow remembers it to be.

“The more people learn about where their food comes from and how it is prepared, the more likely they are to seek out high-quality, classically prepared food like we serve in our restaurants,” said Mark Crumpacker, chief marketing officer at Chipotle. “We created The Scarecrow game and film as an entertaining and engaging way to help people better understand the difference between processed food and the real thing.”

As an incentive for players to complete the game, Chipotle is providing food rewards redeemable at any of its 1,500-plus U.S., Canada and U.K .locations. The rewards are distributed electronically to players who earn at least three stars out of five in each world and are available on a first-come, first-served basis.

“Our companies are a great fit because we both care deeply about what we do and doing it right,” says Oscar-winner Brandon Oldenburg, creative partner at Moonbot Studios. “At Moonbot, we must have meaning in what we create. The Scarecrow story has it: imagination, heart and a sense of play.”

“In many ways, The Scarecrow, represents what we aspire to accomplish through our vision of Food With Integrity,” said Crumpacker. “In a system that is so heavily dominated by industrial agriculture and factory farms, we are committed to finding better, more sustainable sources for all of the ingredients we use and to helping build a better food system, much the same as the character in The Scarecrow is taking important steps to fix what he perceives as being broken in his world.”

Fiona Apple’s cover of “Pure Imagination” will be available for download at the iTunes Store with proceeds ($.60 per download) benefiting the Chipotle Cultivate Foundation, which provides funding to support sustainable agriculture, family farming, and culinary education.The Scarecrow App is available for free from the App Store on iPhone, iPad and iPod touch or at www.appstore.com/scarecrow.

Here is the fantastic animated short: 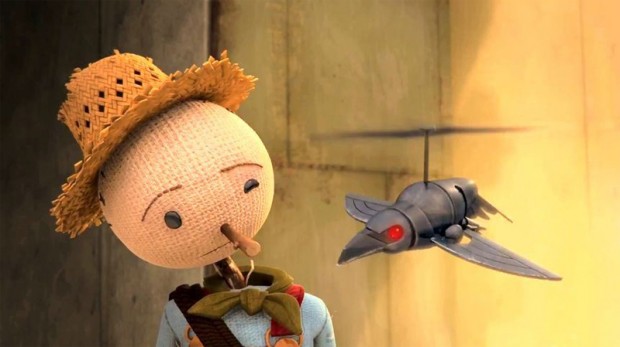 The Making of ‘Justin and the Knights of Valour’
Saban’s ‘Julius Jr.’ Arrives on Nick Jr. This Month