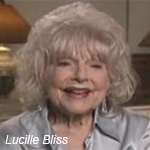 Many enduring Hollywood careers have begun inauspiciously, but legendary voice actress Lucille Bliss’s tenure in Toon Town began by being taken for a ride…literally.

Lucille is, of course, renowned as the voices of Crusader Rabbit, the first cartoon character created specifically for television, and Smurfette. Back in 2003, I chatted with her about her career, which, like so many voice artists, began in radio. Based in San Francisco during the 1940s, Lucille narrowly missed a big break when she was cast on Edgar Bergen’s Hollywood radio show, only to be dropped when the sponsor cancelled the program. Still, she decided to scrape together enough money to make the trip south on her own. From a friend, producer Murray Bolen, she learned that Disney was auditioning actresses for Cinderella…but how to get to Disney Studios? 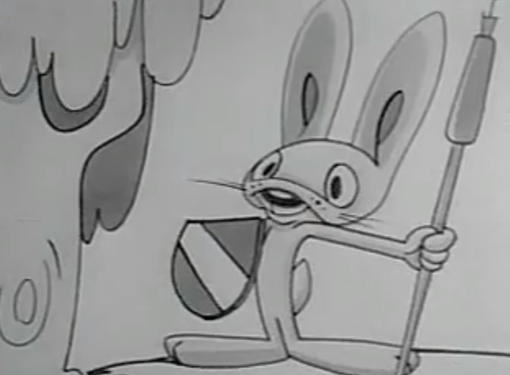 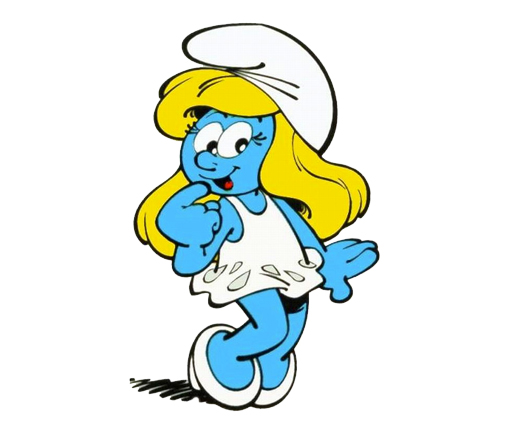 Lucille picks up the tale from there:

“I got a cab from CBS [in Hollywood] and the driver said, ‘Well, honey, how much money do you have?’ And naïve, dumb, blonde-at-the-time-me said, ‘Seven fifty.’ And he said, ‘Oh, that’s exactly what the cab fare [to Burbank] is!’ At that time it should have been three dollars. So we started riding around and around, and I’m saying to him, ‘You know, I could swear I saw that building before.’ He says, ‘Ah, that’s Hollywood; if they like something, they do it over again, they repeat and repeat. Pay no attention.’ Well, when we finally get [to Disney’s] I go through the gate and come to the building, and there’s not a soul there. I thought, ‘What a funny audition…there’s no people.’ I knocked and a man came out. I said, ‘I’m here to audition.’ He said, ‘Oh, that was a half-hour ago, it’s over.’ I said, ‘It’s over?’ I guess I looked so awful, with the money gone and everything, that he felt sorry for me, so he said, ‘Can you ad lib?’ I said, ‘Yes!’ ‘Well, he said, ‘I’ve got a script, I’m going to throw the female characters at you and see if you can come up with dialogue.’ So I did about twenty minutes and he said, ‘That was great. I’m sure you’ll get on the show.” 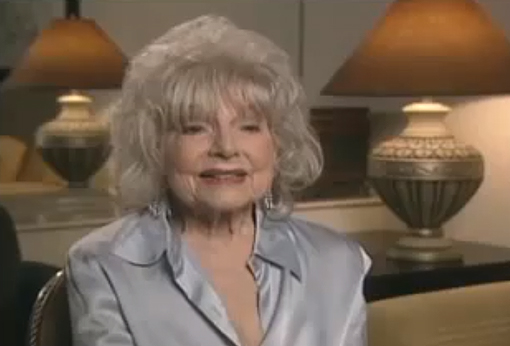 Her money depleted, Lucille returned to San Francisco and heard nothing for more than three months. Then:

“On a Friday the phone rings and a voice says, ‘All right, Miss Bliss, we want you Monday for nine days in Hollywood. You’re working on Cinderella. We’ll send a car for you at eight. What hotel are you staying at?’ I said the Hollywood Plaza, because I had been doing a lot of commercials from [ad agency] BBD&O, and Jim Barnes was the account executive, and I’d hear Jim telling the others guys, ‘Wow, when you go to Hollywood, stay at the Hollywood Plaza, they’ve got the best riding academy in town!’”

Lucille was indeed at the Hollywood Plaza when her car arrived on Monday, and she did indeed voice the character of stepsister Anastasia in Cinderella, though the “riding academy” didn’t quite turn out to be what she had thought…but that’s another story. 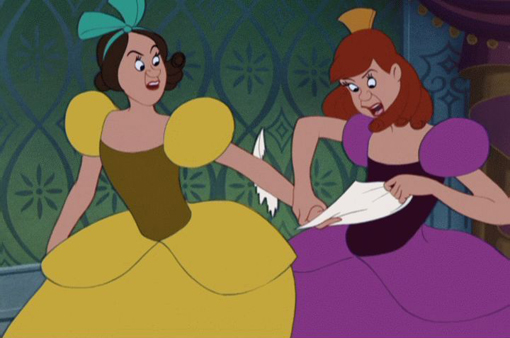