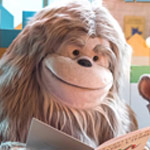 Paris-based production and distribution company MIAM! animation has sold two French preschool series to Alibaba’s video platform Youku, which has snagged exclusive rights to Yeti Tales and Little Malabar for TVOD, SVOD & AVOD in Mainland China. MIAM! was founded by former Millimages exec Hanna Mouchez in 2016; the company currently has four series in development and will be shopping eight new shows at MIPTV in April (#P-1 A75).

“It has been a privilege to meet Shu Hsin Cheng and work closely with her to adapt and create the full Chinese version of both series. It’s an incredible opportunity for our two shows based on science and reading to be screened and enjoyed by so many children! I am very happy and honored about this first collaboration between our two companies,” commented Mouchez.

Yeti Tales (75 x 7’30” + 1 x 26’ + 40 x 2’30”) is produced by Paris-based Darjeeling and Moving Puppet. The preschool puppet show focuses on Yetili, a plush toy in a local bookshop who comes to life every day to read a new story to his two little mice friends, Nina and Leon. The series has aired successfully on France 5 since December 2016, averaging 500,000 viewers and more than 2.5 million views on their replay service. MIAM! animation has signed a raft of partners, including Sony’s free-to-air Tiny Pop UK, where the show has been a consistent top 10 show since launching last summer. Tiny Pop is on board for Season 2.

Little Malabar (26 x 4’) is produced by Lille-based studio Tchack This science and astronomy-themed preschool series follows Little Malabar: a curious and lucky little boy who travels in space as if it were a big playground, talking with planets and stars and seeking the answers to his many questions. The first season is now completed, it will premiere on France 5 in September 2018.

In the brand extension universe, Little Malabar will be the mascot of the exhibition “Meteorites” at the French National History Museum next Spring 2018: young explorers will be able to travel in space with Little Malabar thanks to a VR app developed by Tchack. Two online games are being developed and two AR apps are already available. MIAM! animation started selling the series at MIP Junior 2017 and has secured a first raft of deals with HOP! in Israel, EER in Estonia, RTS in Switzerland and TFO in Canada. 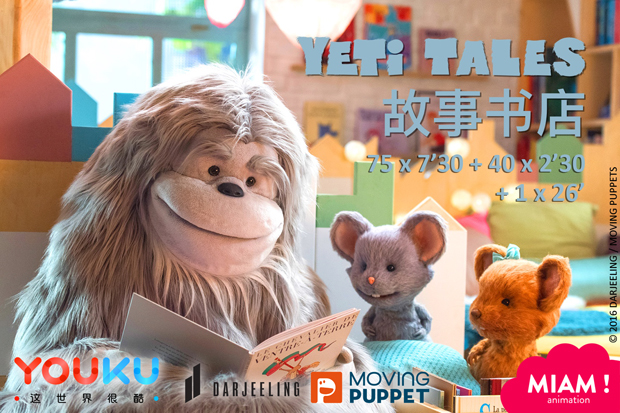 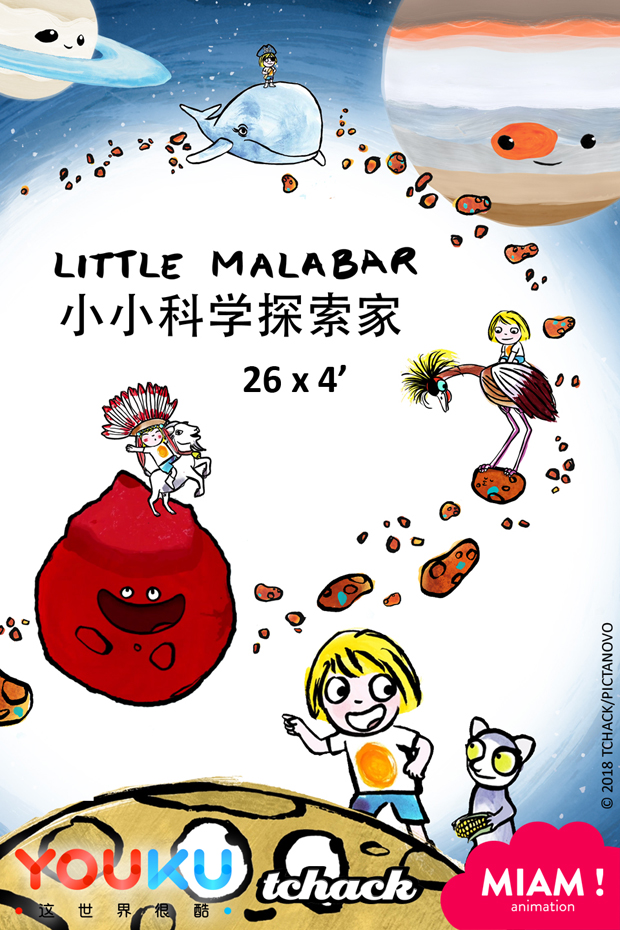 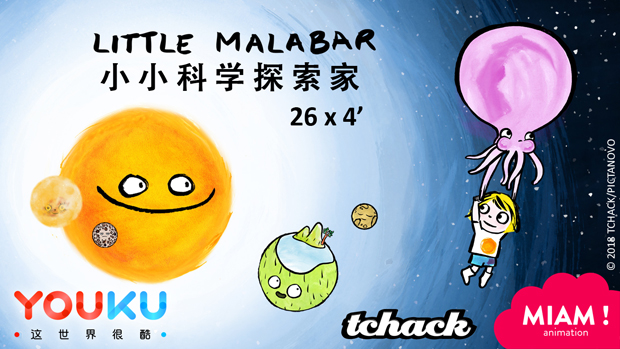