As of August 1, an all-new second season of 26 episodes of hit Russian kids’ series Masha and the Bear launches on Netflix, available to subscribers in the U.S., U.K. and Republic of Ireland. The series first debuted on the streaming service a year ago and has proved widely popular, thanks to the comedic antics of mischievous Masha and her kindly Bear companion.

The new season produced by Animaccord features notably improved CG animation and promises more screen time for secondary characters and new send-ups for Masha — from Audrey Hepburn to Avatar. A third season began production late last year and is due in mid 2018. This fall will also see Masha and Bear arriving on North American shelves with licensed products from master toy partner SpinMaster available through Toys ‘R’ Us.

Additionally, U.K. pay TV channel Boomerang has confirmed it will launch both seasons of Masha, with a broadcast premiere set for September. The deal was arranged by Ink Group. The series currently airs in the U.K. on Cartoonito, where it is one of the top three most popular series, and is also enjoying success on YouTube. Seasons 1 and 2 of Masha — as well as the spin-off series Masha’s Spooky Stories — are also heading to podcast aggregator Juice on iTunes, Google Play and Amazon Instant Video in NorAm, U.K., Australia, New Zealand and France, starting in September. 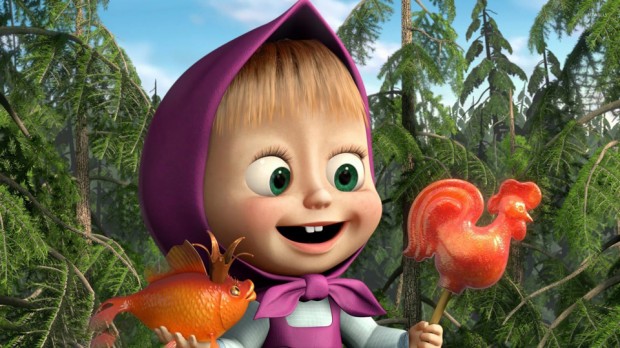