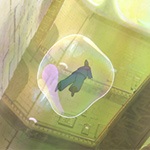 Tokyo-based Dwango Co. has revealed that open source 2D animation production software OpenToonz is being used in a feature film project for the first time in Hiromasa Yonebayashi’s Mary and the Witch’s Flower — released in Japan on July 8.

Based on the Toonz program first developed by Italy’s Digital Video S.p.A. and then transformed by the new owners into an open source project, with several features fine-tuned by longtime client Studio Ghibli, where Yonebayashi worked before starting Studio Ponoc. Since then, Dwango has developed visual effects solutions that utilize their AI technology and plugins that allow any user to add effects, on top of modifications made based on user feedback. Dwango began distributing OpenToonz last March.

For Mary and the Witch’s Flower, OpenToonz was integrated into the production and contributed in three key ways. The “Pallete” function and the preview function, which enables the user to instantly preview the canvas with character and background layers stacked on top of each other, was utilized in the color designing process. The GTS scanning tool was used to bring drawings on paper into the program. And the special soap bubble color/pattern effects tool created by OpenToonz team member Shun Iwasawa were used beautifully for the film’s “Magical Bubbles” sequence. You can read more about this FX plugin here. 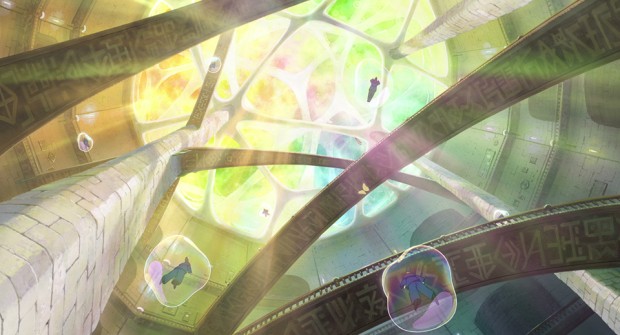 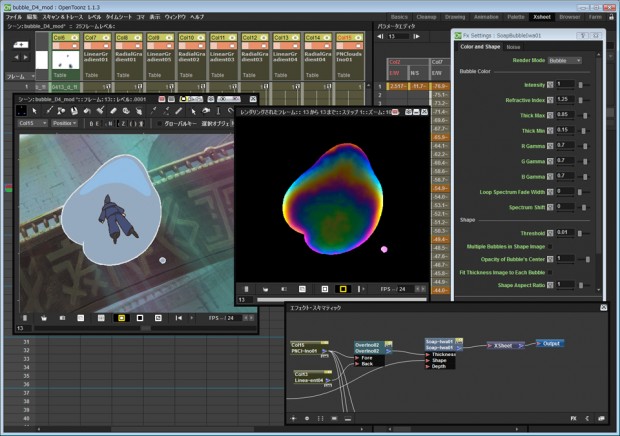