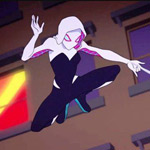 It’s about time Marvel fans got to see some amazing, diverse, female superheroes join forces to save the world. This month, Comic-Con fans will get to find out all about Marvel Rising, the new franchise that will include six four-minute animated shorts available online and on Disney XD, and a new movie titled Marvel Rising: Secret Warriors, debuting this fall.

“Marvel characters are so relatable because they live in our world and face the same challenges we do. So I’m very excited that our Marvel Rising team of heroes is so inclusive, reflecting characters with different backgrounds, particularly a set of strong female leads that our young audience can connect with,” said Cort Lane, Marvel’s Senior Vice President of Animation & Family Entertainment.

“We did a lot of research because, although this franchise isn’t just for girls, we wanted it to be appealing to girls,” Lane adds. “Half of our audience is female, but we weren’t creating content that was especially targeted at them … Historically, we’ve had great female characters, but this is a very female-forward project. It’s very gender neutral, as there are also young men on the team. We hope to attract a whole new generation of fans which also includes very diverse characters.”

The Marvel team did a lot of research on what types of characters would appeal to young female audience, and they discovered that girls were very interested in how these characters interacted with each other. “The entire project really pushes the boundaries of what superhero stories can be,” says exec producer Marsha Griffin, whose credits include animated versions of Avengers Assemble, Guardians of the Galaxy and Spider-Man. “Our heroes have to deal with the usual pressures of being a teenager as well.”

Big on Character Dynamics
Griffin says she has really enjoyed watching the friendship between Squirrel Girl (Milana Vayntrub) and Ms. Marvel (Kathreen Khavari) develop. “They are so much fun to watch,” she says. “There’s this great sense of adventure and a special relationship between the two of them which really embodies the spirit of the entire franchise. It was all about finding stories that weren’t about the end of the world, but focused on problems that were happening right outside your door. Our characters want to be the best versions of themselves and prove that they can be heroes and gain the skills to make the world a better place.”

The design and pre-production work for both the online short and feature is being done in the Marvel studio in Glendale, while the actual animation production is done by The Answer Studio (Batman: Gotham by Gaslight, Teen Titans: The Judas Contract) in Japan.

In terms of visual inspirations, Lane says the goal was to have the characters grounded in reality. “We didn’t want it to be too cartoony,” he says. “But at the same time, girls love humor, so we wanted to be really expressive in the comedic moments. So we opted for very expressive faces to convey emotions.”

“We have a great team at the studio, who came up with fantastic character designs and backgrounds,” adds Griffin. “The stories take place in New York and New Jersey, so it looks like the real world, but the palette is saturated and gorgeous to look at.”

Griffin says she hopes young men and women will get a sense of empowerment after watching Marvel Rising. “We hope they’ll feel like they are special and have something special to offer the world,” she adds. “Just by finding common ground with people who are different from you, you can make the world a better place.”

Adds Lane: “The timing is perfect. Young people are rising up and want to make sure their voices are heard. The youth of today are definitely moving in that direction, and it’s a great thing to see.”

Marvel Rising: Initiation premieres on Disney XD on August 13th. The movie is slated to debut this fall. Stay tuned!

Check out a behind-the-scenes video here. 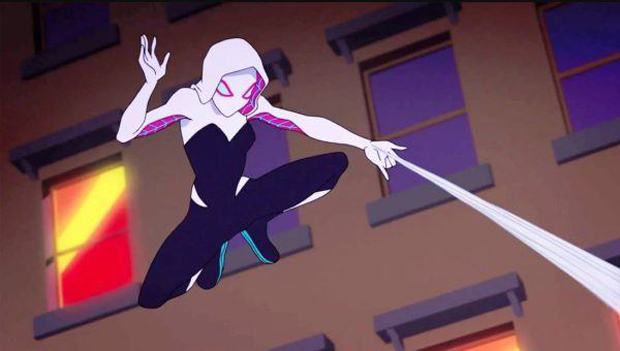 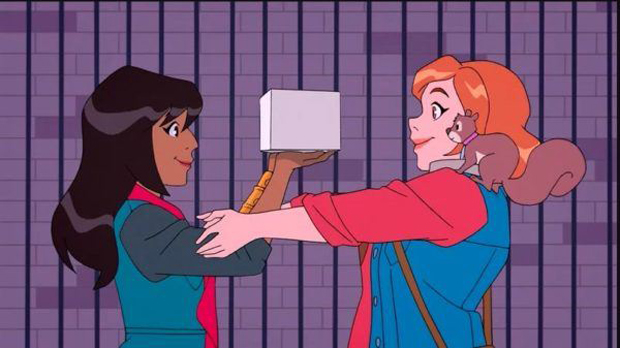 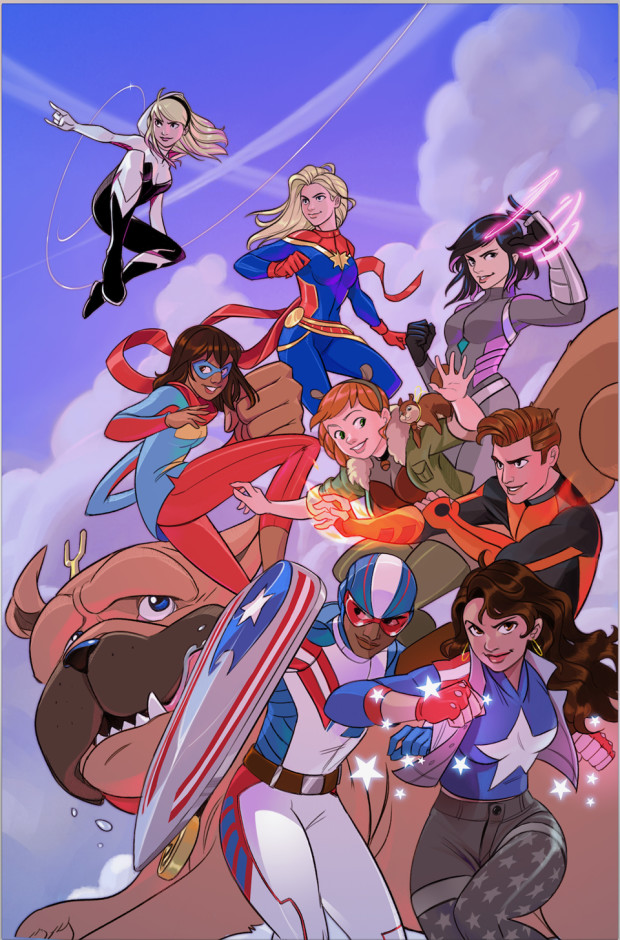 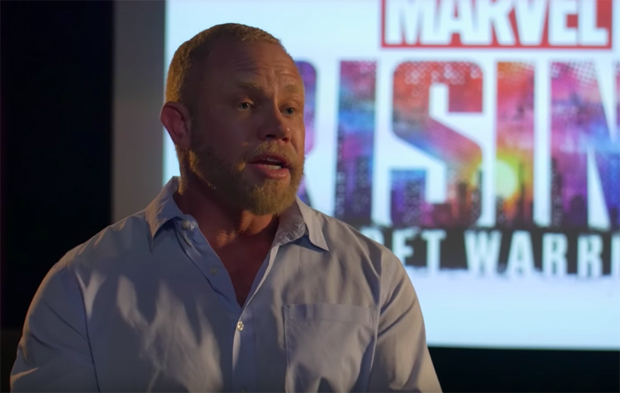