Netflix and Scholastic Media have announced that a new original series based on iconic kids’ show The Magic School Bus will be hitting the streaming platform worldwide in 2016. The new CG-animated take, The Magic School Bus 360°, will be a “dynamic reimagining” of the Emmy-winning educational ’90s toon. Scholastic’s Deborah Forte is leading the creative team as executive producer on the 26-episode production.

The Magic School Bus 360° stars a modernized Ms. Frizzle and her class, along with an inventive high-tech bus that takes children on high-flying hijinks to introduce them to the incredible world of science. In addition to exciting adventures of discovery that encourage young viewers to think critically and creatively to solve problems, the new show will introduce the latest tech innovations to young viewers, including robotics, wearables and camera technology. 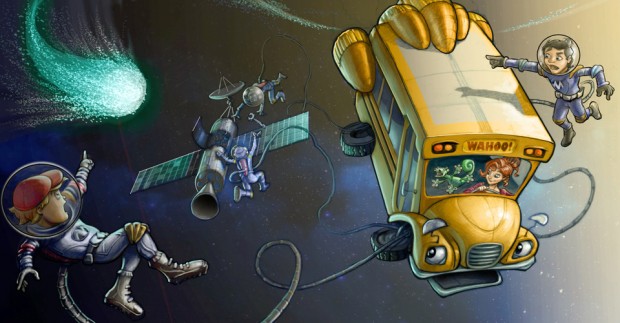