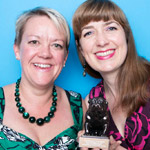 We recently had the chance to catch up with producers Ruth Fielding and Camilla Deakin, managing directors of U.K.’s Lupus Films. It has been an amazing year for the talented producers. Two of their projects, the feature film Ethel & Ernest and the short We’re Going on a Bear Hunt have received much acclaim and numerous prizes. The two trailblazing women have also produced TV series and specials such as The Hive, The Pinky and Perky Show, The Snowman and the Snowdog, Wilde Stories and Little Wolf’s Book of Badness. Here is what they told us:

OK, let’s start from the beginning: Please tell us how you got in the animation business and met each other.

Ruth: We met in 1999 when we were both working for Channel 4 as the arts and animation commissioning team. Before that we both worked in live-action but were always struck by how effectively animation could tell emotive stories in such a clean, subtle way and were keen to explore the genre further.

What were the toons that changed your lives?

Ruth: My favorite toons as a child were Hong Kong Phooey and Ivor the Engine. I wouldn’t say they changed my life but I still think of them very fondly. When I first started to work at Channel 4 and I saw how important The Snowman’ was in their Christmas schedules, I realized how ground-breaking that particular film was and saw how telling animated stories without words was a very powerful medium indeed.

Camilla: As a child I loved the shows made by Oliver Postgate and Peter Firmin such as Bagpuss, The Clangers and Noggin the Nog, which were simple and charming but at the same time so imaginative and eccentric. The first animated film I saw that made a big impact on me was Disney’s Pinocchio, which I loved but was also absolutely terrified by. I had to hide under the seat when he got swallowed by the whale and when the naughty boys were transformed into donkeys!

Lupus Films has been the driving force in some of the most beautifully crafted animated specials and movies of the past few years. How do you go about finding your projects?

Camilla: We love to option well-loved and classic children’s books with a view to capturing their enduring magic and bringing their stories to life on film. As a result we’re always on the look-out for properties which have that special combination of exquisite illustrations and compelling storytelling and we scour the best sellers lists – both past and present – in the U.K., the U.S. and beyond.

Tell us a little about We’re Going on a Bear Hunt. What was the genesis of that short?

Camilla: We’re Going on a Bear Hunt was one of my children’s favorite books. It has the perfect combination of a moving and memorable story with beautiful illustrations, which is what we always look for in a book we are adapting. Many of the films we’ve made or are hoping to make have been road-tested on my kids! After all they are the toughest audience to please and if you are adapting a best-selling children’s book you want the children in the audience to love it as much as they love the book. A film adaptation works best when it is not trying to replace the book in the audience’s hearts but setting out to complement it.

What are you proudest of about that special?

Ruth: There is a huge weight of responsibility when you’re adapting a book as well-loved as We’re Going on a Bear Hunt, which is part of the very fabric of family and school time storytelling. We worked incredibly closely with the creators — Michael Rosen and Helen Oxenbury — in order to capture all the magic of the original book while adding new nuances to the story and creating a film which would appeal to a highly expectant and sophisticated family audience at peak time on Christmas Eve! After all that pressure it was hugely rewarding that the film was Channel 4’s highest-rating program across all genres for the whole of 2016 and second only to the last film we made for Channel 4 — The Snowman and The Snowdog!

You’ve had a great run animating literary properties by Raymond Brigg. Can you tell us about that aspect of your careers.

Camilla: Raymond Briggs is a national treasure in the U.K. and we are extremely proud that he trusts us to work on the film adaptions of his work which (particularly in the case of Ethel & Ernest) is often incredibly personal to him. Raymond’s storyboard style just lends itself really well to the medium of animation and his stories are always full of gentle humor, subtle political comment and, at the end, an almost unbearable sense of bittersweet loss. The phrase is overused but it really is an honor to work with him.

Where do you stand when it comes to CG versus hand-drawn?

Camilla: We love hand-drawn animation and feel that there is a certain emotional connection between the feeling the animator puts into a pencil line, and the images you see on screen. It has a way of affecting you much more so than CG.

Ruth: In the U.K. the industry has been booming since the introduction of the tax credits for animation in 2013. We are struggling to train enough animators to supply the needs of production, and we are worried about the effect Brexit will have on our co-producing capacity. However on the positive side, with the value of sterling being at an all-time low, there’s never been a better time to work with the U.K.!

You both have been trailblazing women in the film of animation…Can you discuss the climate of the industry this year as more and more women become empowered in the work force and the boys’ club world of entertainment is slowly becoming a thing of the past?

Ruth: I think there’s a long way to go before we have the same number of women as men in senior roles in our industry but the recent departure of some men in positions of influence definitely opens the door for more women to rise to the top! We’d like to see more female animation directors working in film and television and we’re actively trying to promote that at Lupus Films. Our last film, We’re Going on a Bear Hunt, which is in the long list for the Oscar Shorts, was written and co-directed by a woman—the very talented Joanna Harrison.

Do you have any wonderful words of advice or tips for up and coming animators who want to follow in your footsteps?

Ruth: Well, sadly neither of us can draw, so I wouldn’t advise any animators to follow in our footsteps but to any budding animation producers out there I’d say ‘make yourself indispensable, present solutions not problems, and always treat people the way you’d want to be treated yourself.’

You can find out more about Ruth and Camilla at lupusfilms.com 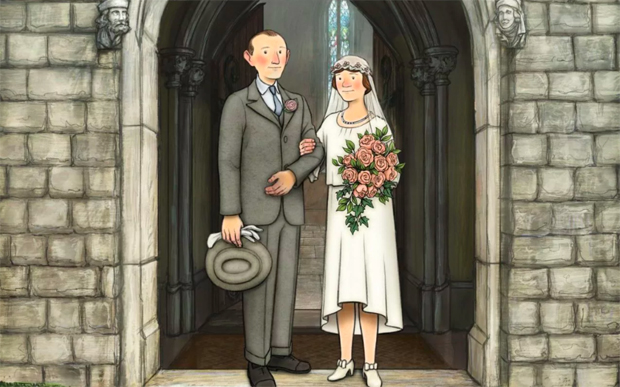 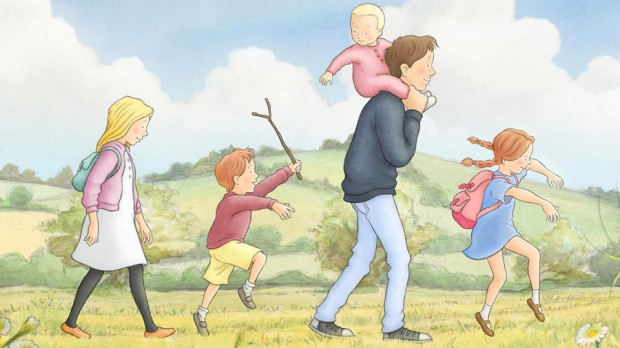 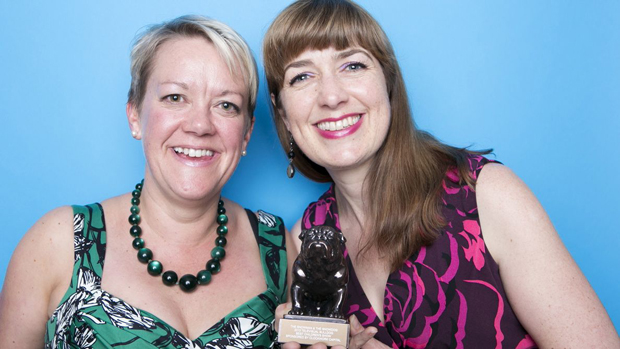