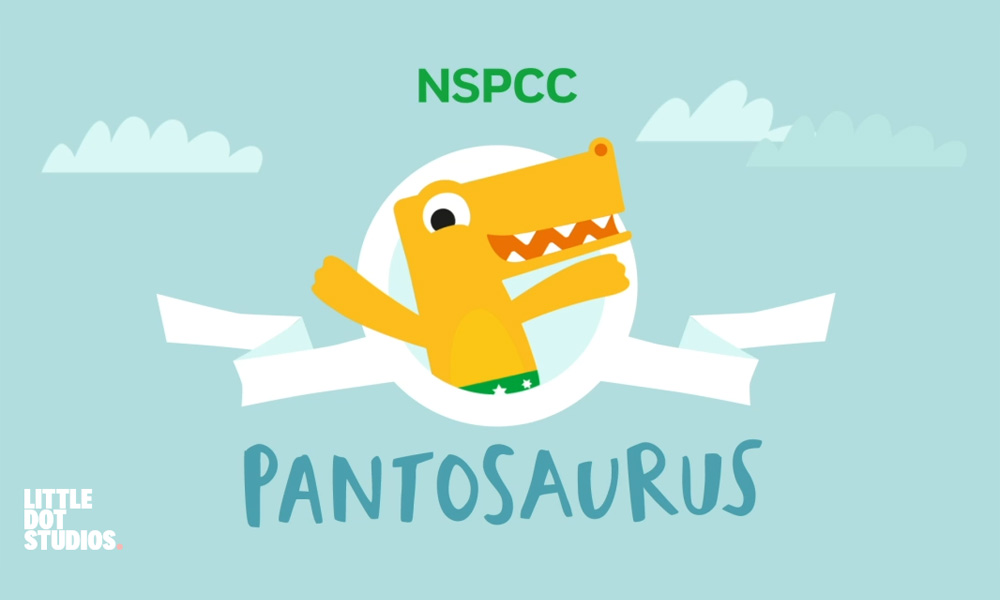 Edutainment Licensing has appointed Little Dot Studios for the distribution of the NSPCC’s Pantosaurus animated video on YouTube. Little Dot Studios is an award-winning digital content agency and media network and is the largest distributor of children’s television on YouTube, managing more than 90 channels that include many of the world’s biggest kids’ brands, and in more than 20 languages.

The NSPCC worked with Aardman Animations, best known for being the team behind the famous Wallace & Gromit films, to create the “PANTS” song and video. The animation features Pantosaurus, a bright yellow friendly dinosaur, and his family and friends playing and dancing. The infections and upbeat two-minute song and catchy lyrics convey an important message about body autonomy in a fun, engaging and easy to remember way.

#TalkPANTS is a campaign created by the NSPCC that gives parents, carers and teachers the support they need to explain the ‘Underwear Rule’ to young children aged 4-8 in a simple and age-appropriate way.

Each letter of “PANTS” provides a simple but valuable rule, highlighting that their body belongs to them, that they have a right to say no, and that they should tell an adult they trust if they’re worried or upset.

“We are delighted to be working with the team at Little Dot Studios to build further awareness of Pantosaurus and his important message,” said Denise Deane, Owner of Edutainment Licensing.

“Little Dot Studios is honored to support the distribution of The Pantosaurus Song and the important message it delivers, through our preschool YouTube channel, Wizz. It’s vital that our made-for-kids channels on YouTube provide a safe space for children’s entertainment and learning, and we’re delighted to be able to partner with NSPCC and Edutainment on this initiative,” added Holly Graham, Chief Business Officer at Little Dot Studios.

You can learn more about the NSPCC’s #TalkPANTS campaign and watch Pantosaurus on the organization’s website.

Explore the High-Tech Artistry of ‘The Mitchells vs. The Machines’ in New Featurette, VIEW Conference Panel
‘Stillwater,’ ‘Owl House’ & ‘Cops and Robbers’ Vie for Peabody Awards