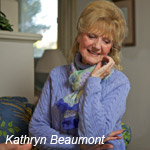 Her name may be most familiar to Disney enthusiasts, and her face might be best recognized when interpreted by artists on cels, but her voice is unmistakable. It’s a lovely, mature, English Rose voice that actress Kathryn Beaumont seemed to possess from childhood, and which she and used to full advantage as Alice in Disney’s Alice in Wonderland and Wendy in Peter Pan. Kathryn not only voiced those roles, but also enacted the parts in the study footage shot for the benefit of the animators. An entire book could and should be written on this unseen footage, Disney’s “secret films” as it were, which exists primarily as thousands of still Photostats bound in large books, by film, kept in the Disney Studios archives. 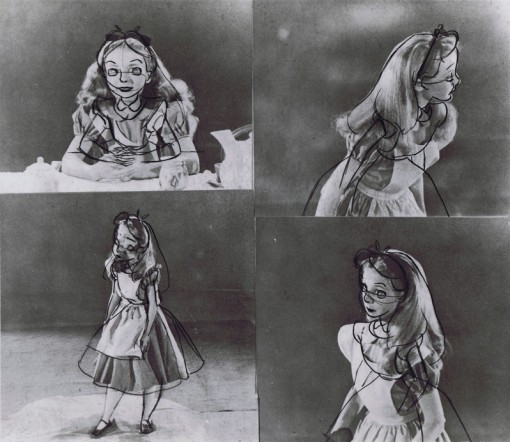 Kathryn Beaumont was all of ten years old when Walt Disney spotted her in a film and tapped her to play Alice. Everybody knows that in animation the dialogue is recorded first, but in the style of animation that Disney did during its heyday, which often involved live action study footage, the dialogue was played back on the set and lip-synched by the actors for the live shots. I spoke with Kathryn back in 1990 about her experiences in these classic films, and at that time, she told me that the most intimidating part had nothing to do with the acting out the dialogue: it was flying for Peter Pan:

“You are hooked up with a brace around your middle, and then the wire attaches behind you, and you’re supposed to go through these scenes where you stay calm while you’re flying through the air. I remember feeling so completely awkward with the whole thing, but the young man who did the live action for Peter Pan [Roland Dupree] was so helpful, because he was a dancer. He showed me different ways to jump and lift. It was an interesting experience, but a dancer I really was not, so it was nice to have a person there to help me who was.” 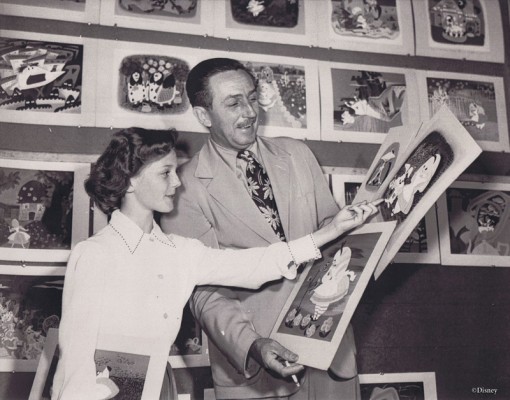 Kathryn also remembered that Walt himself would occasionally be on the set, sometimes having been called down for consultation by the director of the live action, but other times for an entirely different reason:

“He was at that time very interested in trains, and he had one set up on this particular soundstage, the one we used for our production, its tracks around the perimeter of the stage. Occasionally he would call down and tell you, ‘I’ve got a couple of…’ you know, some other executive from another studio, or something, ‘…and do you mind if we come down and…you know? If we’re not interfering with anything.’ He’s the head of the studio, and he says, ‘If we’re not interfering with anything!’ So of course we’d stop production and Walt would walk in with his friends, or with these dignitaries that he was entertaining, and they would get on the train and go around the track! Then they would leave and we would carry on. It was kind of funny.”

That’s one way to keep a production on track! 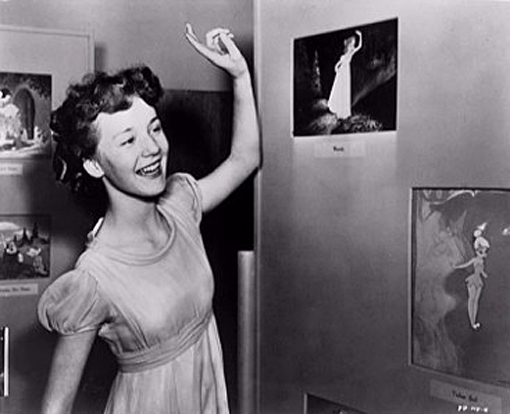 And the Winner is Snipple Animation!
New Season of ‘Explosion Bus’ Coming Soon