Netflix continues to expand its kids content offerings with the announcement that the streaming service and Guru Studio will be delivering a new spin-off series titled Justin Time: The New Adventures based on the hit preschool toon. The 13 x half-hour season will launch for Netflix subscribers around the world in early 2016.

“Working with Netflix, one of the most dynamic and creative new kids entertainment platforms today, is genuinely exciting,” add Frank Falcone, President and Creative Director, and Mary Bredin, Executive Vice President of Guru Studios. “We are thrilled to provide new episodes of Justin Time to Netflix members around the world.”

Justin Time is an animated series aimed at kids 3-6 which follows the fantastical adventures through time and across the globe of Justin and his best pals Olive and Squidgy. The show has earned a Daytime Emmy Award nomination for Outstanding Pre-School Animated Series and six Annie Award nominations, in addition to a 2014 Canadian Screen Award for Best Pre-School Program. 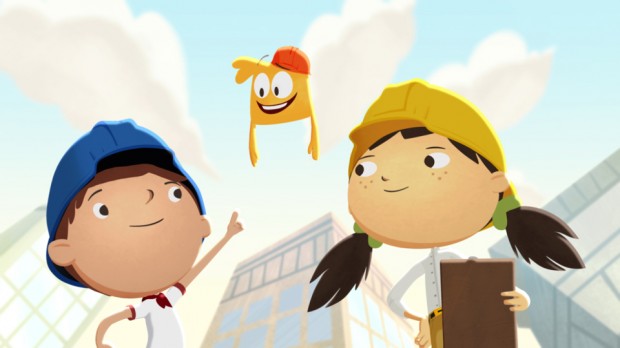