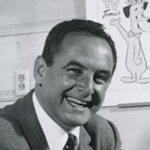 As regular readers of this blog know, whenever I’m at a loss for a story idea, I turn back to the book of Joe … Barbera, that is. I knew Joe for the last several years of his life and would often go up to his office and have lunch with him, or just sit and talk. No matter where we were, though, I was an audience for his stories, which flew out of him like confetti out of a cannon. His stories of his early days in animation, prior to teaming up with Bill Hanna at MGM, were of particular interest. One involved the Van Beuren Studios in New York, where Joe had applied to get out of working in a bank. “I strolled in, very cool, and they took a look at the magazine [cartoons he had drawn], and hired me … for three bucks less than I was getting at the bank,” he told me in 1998, adding:

“They had people there like Bill Littlejohn, Dan Gordon, Jack Zander, Pete Burness, Alex Lovy, and a guy named Frank Amon, who they called ‘The Legionnaire.’ Now, why would they call him the Legionnaire? Because he had a toupee on, and the hair was coming off the back, and it showed the canvas through it. Mike Meyer [a.k.a. Carl Meyer], who is a very funny guy with a real New York dialect, and a very funny gagman, named him the Legionnaire. He used to sit at the desk looking at an exposure sheet, but what you didn’t know was that it was taped to his thumb, and he was taking a nap!”

Joe went on to say that he was subsequently hired by Paul Terry for the Terrytoons studio for one specific reason. To keep him away from Disney! “He [Terry] had lost so many guys to Disney that he just hated Disney,” Joe said, elaborating:

“I stopped there to say goodbye to some guys, and he heard I was going to Disney, so he offered me a job just to spite Disney. The irony was that Disney didn’t hire me. Later on, Disney opened a whole floor not far from the NBC headquarters and his philosophy was that he would test animators to see whether they’d fit in the business. They advertised for everybody who could draw. I went up there and showed them a reel that I had done at Van Beuren. It was a little horse and he got caught up in a snowstorm, and I did all the snow flurries. The result of my going up there was they offered me a possible job as an effects animator, because of the goddamned snow!”

I continued to go see Joe whenever I could. My last visit was only a few months before he died in 2006. He was then wheelchair bound and not in good shape, and was only barely communicative. But when he saw the straw hat I was wearing, he suddenly asked: “What’d you pay for that hat?” I said about 20 dollars. “I’ll take it,” he declared.

Joking to the very end. 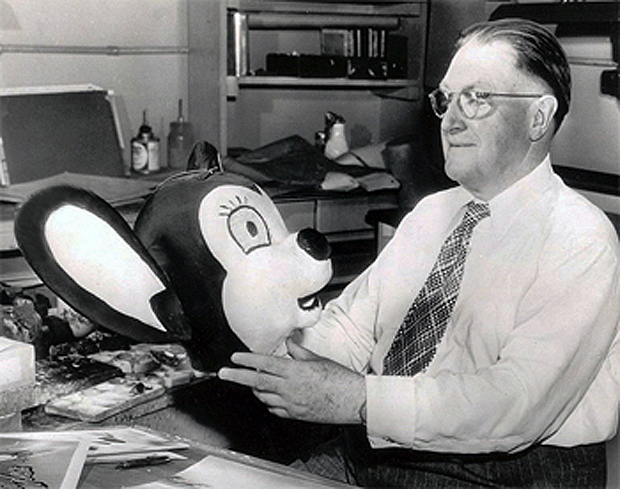