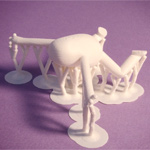 Dutch creative studio Job, Joris & Marieke — which recently took the Grand Prize at the 2017 New York Int’l Children’s Film Festival for Heads Together and received an Oscar nomination for A Single Life — has completed a hypnotic new project in collaboration with music and multimedia outfit Happy Camper.

According to the studio statement: “Often support structures are used to print objects with overhanging parts. This means an object is supported by branch-like structures that are meant to be removed later on. In the loops we created we did not remove the the support structures from the characters. We kept them to symbolize the crutches and limitations that impede our daily lives… or the much-needed boost that helps us cope and persevere, a theme that repeatedly occurs in the new Happy Camper songs.”

The animations and featured 3D prints are being exhibited for the next two months in the front room of Amsterdam music venue Paradiso. You can check out the not-quite music videos on Vimeo: https://vimeo.com/201749895 ”Go Home” and ”Easy Way Out”. 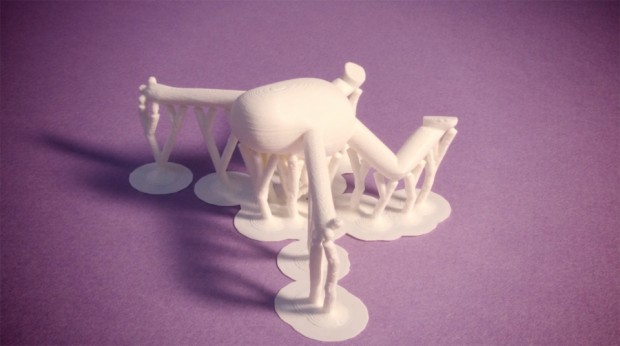