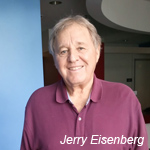 Like all professional toonheads, I’m sometimes asked to identify my favorite cartoon character. More specifically, those who know I tend to specialize in the history of Hanna-Barbera often want me to pinpoint my favorite H-B character. I usually reply with a laundry list of characters, saying that there is not any one I can pick as my absolute favorite. That said, however, there is one character and one show that captivated my eight-old-mind more than any other: Peter Potamus.

Why Peter Potamus? I can’t really say. Maybe it was that great balloon ship he flew around on, or his “Hurricane Hippo Holler,” borrowed from comedian Joe E. Brown. But even though he never made H-B’s A-list (though he was popular enough to inspire a Purex bubble-bath toy), I always had a fondness for Peter. That’s why, in 1997, I was delighted to meet the man behind the hippo, veteran layout artist and character designer Jerry Eisenberg. At the time we spoke, I hadn’t even known that, but Jerry––who in addition to being a hugely talented artist is a very funny man––filled me in:

“I think the first character I ever did, I created and designed it, was Peter Potamus. I was looking at a comic book one day, and I saw this semi-realistic hippo in there, running out of the bushes and into a camp, or something, and I thought, gee, how about a cartoon hippo, because I had always liked hippos. So I made some drawings of a hippo standing up on two feet with a pith helmet, and a cap and jacket, and I went to Joe Barbera with all these rough sketches and said, ‘What do you think?’ He liked the idea and said, ‘Let’s develop it.’” 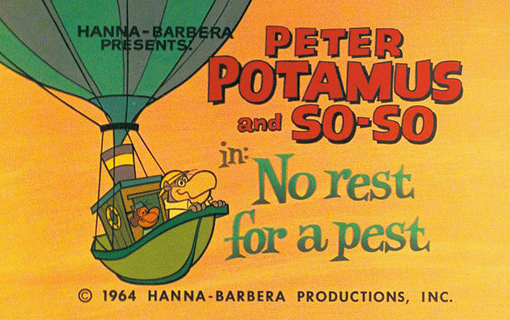 Things were less complicated back then! Jerry is a second-generation cartoonist; his father, Harvey Eisenberg, had been Bill and Joe’s layout artist during their Tom and Jerry years. It was Harvey, Jerry told me, who came up with the winning concept for H-B’s first attempt at an animated sitcom, featuring the original first modern family:

“My father actually gave Joe [Barbera] the seed concept for The Flintstones. He had already created an idea for a prehistoric show, and it didn’t work out. I think he still had prehistoric on his mind one day when he walked into lunch with Joe, and [writer/producer] Alan Dinehart was there, and they showed him the animated Honeymooners development they were trying to sell, and nobody wanted it. So my father said, ‘Just put some skins on them and put them in the stone-age, and give them pet dinosaurs.’ Alan corroborated that to me one day back in the eighties, when we worked at Marvel.”

Jerry was not only a font of stories, his office at the old H-B building on Cahuenga was treasure trove of drawings, sketches and artifacts. One particular piece of memorabilia was Hollywood gold: a photo of a very young Jerry Eisenberg playing on a studio basketball team with a couple other young guys named Leslie Nielsen and Jack Nicholson.

Hollywood was a lot less complicated back then. 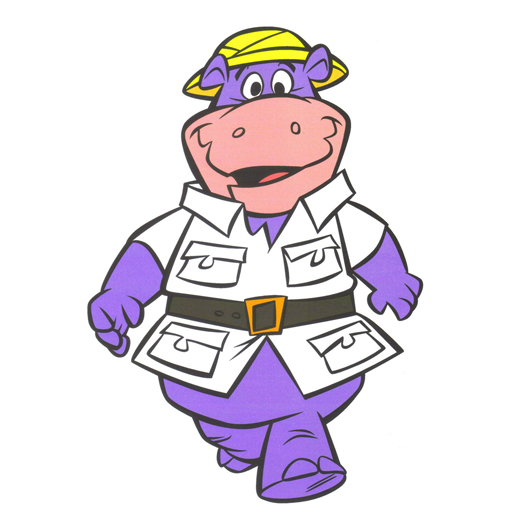