Having wrapped up their successful 2016 world tour with a 100,000+ person show at the Tokyo Dome, Japanese pop-metal group BABYMETAL is preparing for its next adventure: an original, short-form animation/live-action hybrid series from Warner Bros.’ digital studio Blue Ribbon Content and Amuse USA (a subsidiary of Japan’s Amuse Inc.)

Currently in development, the project was announced today by Sam Register, President, Warner Bros. Animation and Warner Digital Series. The series is being produced with BABYMETAL’s manager and creator, Key Kobayashi (a.k.a. KOBAMETAL).

“BABYMETAL have to be seen to be believed — a mind-blowing, fun combination of pop vocals, heavy metal music and dance choreography brought to life by three incredibly talented teenage stars,” said Register. “We are huge fans here at Blue Ribbon Content and are extremely excited to help bring the BABYMETAL phenomenon to U.S. audiences through this upcoming digital series.”

The action-adventure will take viewers inside the magical world of heavy metal music, which comes under attack. One lonely god, Kitsune, forms the warrior band BABYMETAL to save the day. In the series, bandmates SU-METAL, YUIMETAL and MOAMETAL enter the animated world through a secret portal, and will also feature in live-action performances during the show.

Fusing metal and pop music with J-Pop inspired choreography, BABYMETAL has built a global fanbase for their energetic performances and unique sound — with music giants Corey Taylor (Slipknot), Slash (Guns N’ Roses) and Rob Zombie among their admirers. BABYMETAL has had two debut singles rank in the Oricon chart Top 10. Their first album hit No. 1 on Billboard’s World Album chart, and the official music video for lead single “Gimme Chocolate!!” has racked up over 60 million YouTube views. Their second album, METAL RESISTANCE, made them the first Japanese act to make the Billboard 200 album chart’s top 40 in 53 years. 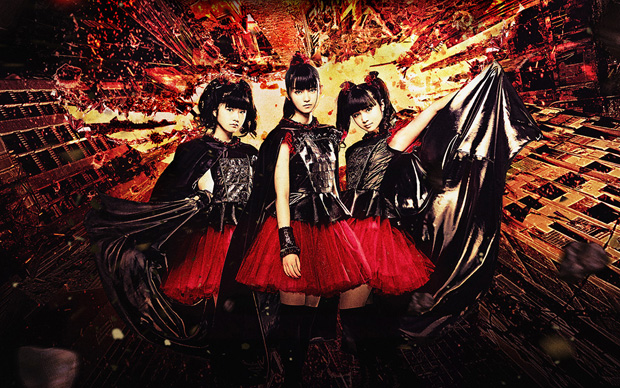