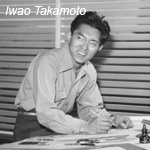 January 8th, 2013, just a little over one week away from my setting down these words, will mark the fifth anniversary of the sudden and tragic death of one of the industry’s most unique talents, Iwao Takamoto. It hardly seems like five years have passed, since I rarely go a day without thinking of him. For the two years prior to his passing at age 81, Iwao and I had been working on his memoirs, which were published in 2009 as Iwao Takamoto: My Life With a Thousand Characters. Over that time period we would speak at least once a week when he was in town, and frequently arrange to have lunch, while he dictated his life and career into a tape recorder, and I probed and prodded and tried to get as much information about him as possible.

Iwao is best remembered as the key design artist for Hanna-Barbera, for whom he designed Scooby-Doo, among scads of other shows and characters. But his history in animation, and in California history, went much farther back. He was born in L.A. to a Japanese family, all of whom were uprooted and sent to Manzanar Japanese internment camp in the desolate middle of California when Iwao was a teen. It was there that he met two fellow internees, who had previously worked as Hollywood art directors, and who encouraged the young natural artist to seek a job with the Disney Studios once the knee-jerk idiocy behind the creation of the camps blew over. Upon leaving Manzanar, Iwao did, and was hired virtually on the spot! He began work at the studio in 1945, and in a supreme irony, was promoted by the Government Relocation Agency as a post-camp “success story.” 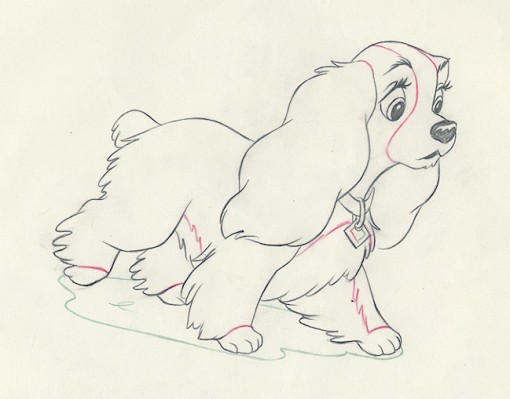 But that isn’t why I’m reminded of Iwao right now. In the wake of yet another holiday season come and gone, I remember his recollections of one of the lesser-known hallmarks of the House of Mouse in the classic era: its studio Christmas parties!

“The thing I remember were stories that people would regale me with about the wonderful Christmas parties, and why they had to cut back. It was because their wives raised hell. They weren’t invited! They had it on the lot, and it was an all day thing, and people would get their own liquor before they started serving at the bar. They had barefooted traffic girls charging around, being chased by animators, you know, these are the stories I heard. I think once or twice I got memos from the head of personnel, or maybe the head of security, and I do regret not having saved them. They were memos informing me that they would appreciate it if I would refrain from having any alcoholic beverages during any of these parties, because I was underage. They were great memos!”

I suppose one of the perks of being prevented from imbibing himself was that he actually maintained memories of the holiday soirees, probably unlike some of the participants. And you know what? I wish he’d saved those memos too! 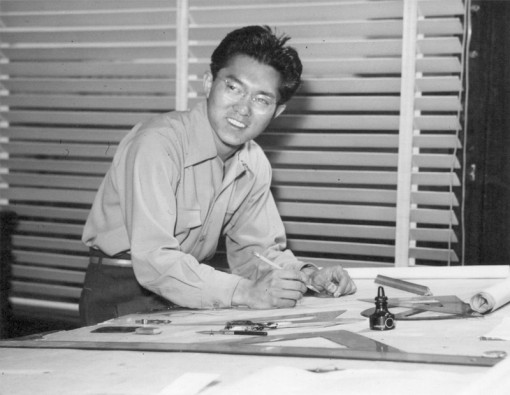 You may also like...
Related Topics:Hanna Barbera, House of Mouse, Iwao Takamoto, Iwao Takamoto: My Life with a Thousand Characters, Manzanar, Scooby-Doo