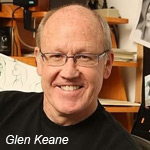 One often hears animators described as actors with pencils. You also hear Walt Disney Feature Animation legend Glen Keane described as “the Laurence Olivier of animation.” Anyone who doubts that should take a look at Pocahontas (1995), for which Keane supervised the animation of the title character, and “dracted”—a combination of drew and acted—those amazingly subtle, emotional close-ups.

In 1994 when Glen was finishing up work on the film, I pulled him away from the drawing table (a bit reluctantly) to talk about the character. He told me about an encounter he had while on a field trip to the story’s actual location that informed the creation of the character: 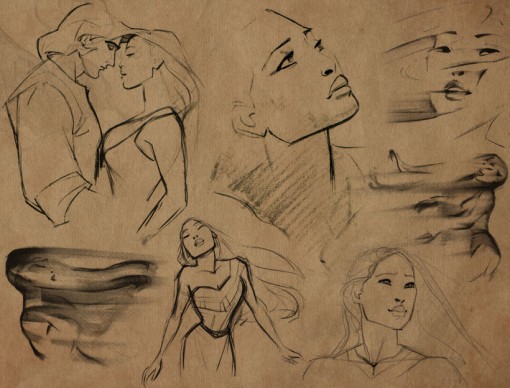 “Anytime you’re developing a character, you try to go someplace to find inspiration. For Pocahontas, we went to Virginia. As I was walking through the woods I was imagining that this is where John Smith and Pocahontas would meet, maybe over there on that little hill. Maybe they saw the very same river that I’m looking at right now. As I was thinking of all this, I heard a voice calling: ‘“Scuse me, ‘scuse me, are you Glen Keane?’ Then this Indian girl comes running up and says, ‘you’re the animator who’s doing Pocahontas, aren’t you? My name is Shirley Littledove.’ There was another girl next to her, and Shirley said, ‘This is my sister, Debbie Whitedove. We are descendants of Pocahontas. Our father is the chief of the Powhatan tribe of Indians.’ The way Shirley stood there, all I can say is there was a spiritual presence with her. She spoke very calmly with long, pregnant pauses between everything she said, and she just looked through me. I started stumbling on my words. I didn’t know how to refer to Native Americans. Then I felt, maybe this was how John Smith felt when he met Pocahontas!” 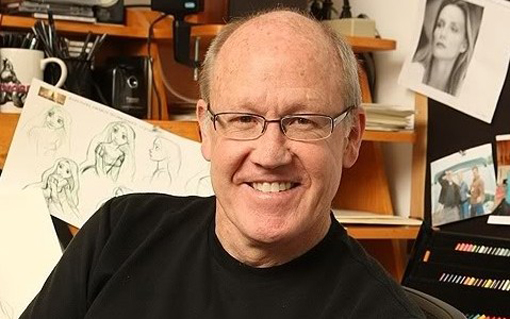 “Shirley said she had been given a calling by her father to stay and live on the reservation and explain to other people the Indian ways, and also talk about the Great Creator and really share the life of the Indian people with the world. That was her calling in life. Her sister, Debbie Whitedove, who had long black hair and was very beautiful, said, ‘I don’t understand why my sister is into all this Indian stuff. I find it boring. I’m an airline stewardess. I like to fly around the world.’ And I thought, somewhere in between these two is Pocahontas’s personality. So for the whole film I had the picture of those two girls: one a very deeply rooted, spiritually grounded person, who was very traditional and dignified, and the other side of her, someone who’s adventurous, not afraid to break tradition and fall in love with John Smith, and go against her father and save his life.”

Laurence Olivier would have been proud, since he relished inspiration as well. For instance, Olivier’s stated inspiration for his iconic performance as Richard III was the Big Bad Wolf from Disney’s The Three Little Pigs. What goes around comes around. 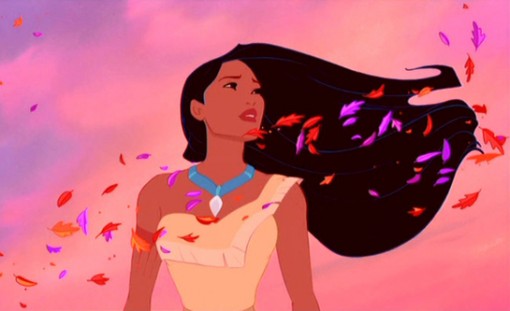