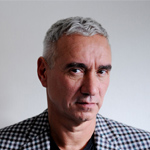 For all the hype around Virtual Reality as a brand new cinematic and gaming medium, a major obstacle to the form gaining a wider audience has been its cost and unwieldy amount of required hardware.

Well, never fear because your hero has arrived and it’s…Roland Emmerich? The famed director of numerous disaster spectacles has teamed up with producer Marco Weber (Igby Goes Down, The Thirteenth Floor) to establish a VR startup called VRenetic. If you’re expecting this as a distribution method for Emmerich’s next multi-million dollar blockbuster, you may be surprised to hear they’re looking for content from you.

VRenetic plans to release the public beta version of a live streaming app called VResh sometime this fall for iOS and Android, which is planned to be the first of many VR apps to run on the company’s VRenetic Media Engine. The app will stream 360-degree user generated content in 4K, a la Periscope or Twitch. One crucial difference between this and other streaming apps will be the ability for viewers to interact with creators using real-time two-way audio, bucking the typical delayed times of online streams. Creators will be able to interact with viewers either one-to- one or via broadcast. Revenue will be generated by ads run against livestreams and uploaded content.

In order to get around the typically pricy costs of VR hardware, Emmerich and Weber plan to distribute cheap and lightweight Cardboard-like VR viewers to prospective creators and consumers. They also have their eye on simple and affordable gadgets like an attachable fish-eye lens to turn any smartphone into a portable wide-angle camera.

VRenetic uploaded a commercial to Youtube directed by Emmerich, which shows off the new headset. In an homage to 2001: A Space Odyssey (titled “2017”), a pajamas and tank-top clad movie nerd with a beer belly struggles with the unwieldy amount of cables required by modern VR hardware and, in a rage, throws the headset up in the air, before match cutting to the smaller and easily handled VRenetic hardware wielded by his slimmer upstairs neighbor (whose apartment is just a white glowing space… bedroom from the end of 2001, anyone?). Echoing the famous match cut from 2001 where a bone used as a weapon is thrown into the air before a match cut to a nuclear spaceship, it’s clear that Emmerich anticipates this to be as big a leap forward as that leap in technology (metaphorically speaking).

And maybe we’ll all lose weight, too. 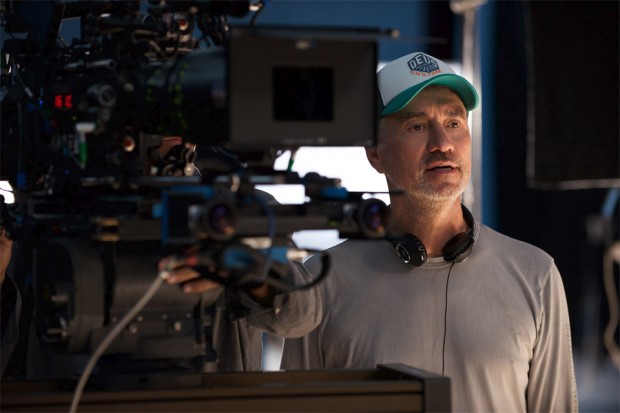