DHX Media has signed a deal that will see its animated action series Dr. Dimensionpants (26 x 30) premiere in the U.S. through streaming service Hulu. The exclusive debut is set for June 13, when Hulu subscribers will be able to stream Dr. Dimensionpants in the commercial-free Kids section on their compatible devices.

Originally commissioned by Teletoon in Canada, the show follows the adventures of Kyle Lipton and his alter-ego, Dr. Dimensionpants — a cosmic superhero with powers of space, time and a moustache. Kyle was just an everyday kid until an interdimensional portal opened in his backyard, dropping a strange pair of glowing pants in his lap. Now with the help of his talking unicorn mentor, Philip, Dr. Dimensionpants must master his powers to save the universe on a semi-regular basis, and deal with the perils of being a day-to-day kid as Kyle. 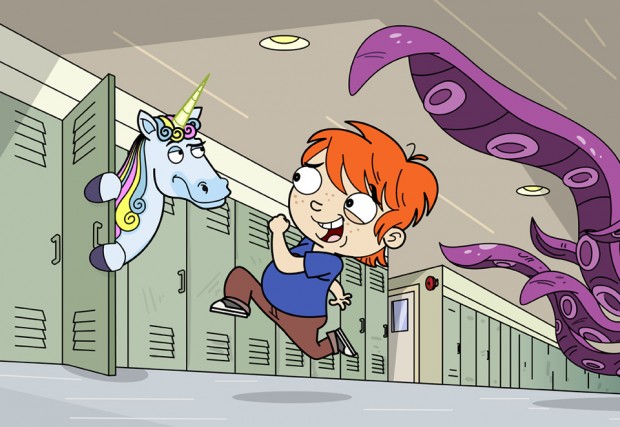