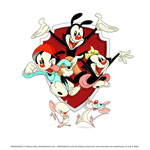 Hulu, Amblin Television and Warner Bros. Animation have announced a pact to create a brand-new iteration of iconic ‘90s cartoon franchise Animaniacs. Under a two-season straight-to-series order, Steven Spielberg returns as exec producer for the reboot, with WBA and Warner Digital Series prez Sam Register and Amblin co-presidents Justin Falvey and Darryl Frank also serving as executive producers. The project is the first family-targeted Hulu Original, and is set to premiere on the streaming service in 2020.

“We cannot wait to work with Steven Spielberg and the entire Amblin and Warner Bros. teams to bring more sketches, catchphrases, songs and laughs from the Animaniacs to kids and adults everywhere,” said Craig Erwich, SVP of Content, Hulu. “Now one of the most beloved, inventive and funny animated franchises in history, Animaniacs and its cast of witty characters can live on, on Hulu. This marks yet another big move for us as we continue our efforts to be the #1 streaming destination for premium animated content.”

As an appropriate extra treat, Hulu and Warner Bros. Domestic Television Distribution have brought the complete 99-episode original Animaniacs collection to subscribers in an exclusive streaming deal — as well as spin-offs Pinky and the Brain and Pinky, Elmyra and the Brain, plus the complete Tiny Toon Adventures collection.

“I am so pleased and proud that Animaniacs will have a home at Hulu,” said Spielberg. “Together with Warner Bros., we look to bring new audiences and longtime fans into this wild world of Yakko, Wakko, and Dot. I am also excited that the full library of Animaniacs and Tiny Toon Adventures episodes are included in the deal.”

“Yakko, Wakko and Dot have been waiting impatiently inside the water tower, and now their hilarious brand of animated chaos will be unleashed — again! We’re incredibly excited to be partnering with Amblin and Hulu for new episodes of Animaniacs, filled with endless laughs — and ongoing plots for world domination by Pinky and the Brain,” commented Register. “Parents who grew up with the cartoon now have new episodes to share with their own families.”

Originally debuted in 1993, the fan-favorite Animaniacs series stars the Warner brothers, Yakko and Wakko, and the Warner sister, Dot — throwbacks to early 20th century cartoons who have been locked up in the iconic Warner Bros. water tower for decades and take every opportunity to escape and cause chaos and confusion both on and off the lot. The show also introduced popular segment characters like lab rats Pinky and the Brain, the Goodfeathers, Button and Mindy and more.

Animaniacs set a record for most Daytime Emmy Awards for Outstanding Achievement in Music Direction and Composition for any animated series, with three wins for ever-popular tunes like “Yakko’s World” and “Wakko’s America.” 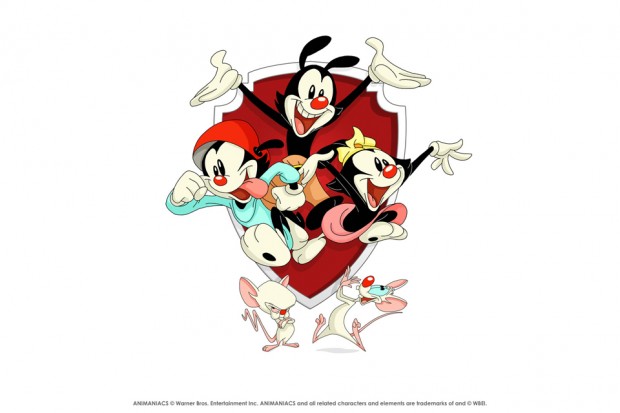 Clip: Get Swept Up in the Opening Scene for ‘Mary and the Witch’s Flower’
Animation & Rigging Solutions Sweep Academy Tech Awards