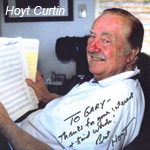 You may or may not know the name Hoyt Curtin, but there’s no question you’ve heard his work. So has anyone who has owned a television since 1960. Hoyt was the musical director for Hanna-Barbera during their television heyday, and the composer of such classic theme songs those that opened The Flintstones, The Jetsons, Top Cat and Jonny Quest.

During the 1950s, Hoyto (as he breezily called himself) was one of TV’s top commercial composers. So when the Leo Burnett agency sent him over to the MGM cartoon studio to talk to Bill Hanna and Joe Barbera about a Schlitz Beer commercial (the two were doing a lot of ads on the side at that time) it sounded like just another job. But when Hanna and Barbera later asked him to write the theme for a new project called Ruff and Reddy, it propelled him into a whole new career. 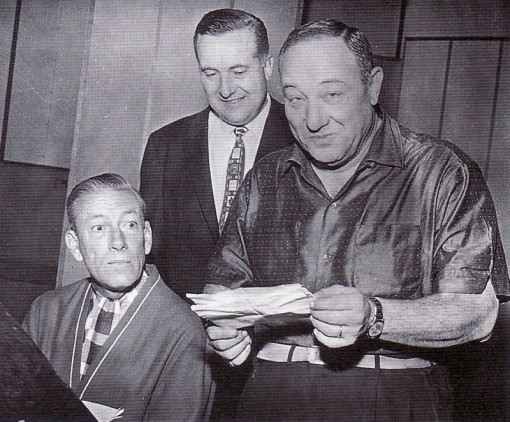 Hoyt’s advertising roots influenced his earliest animation themes, as he explained to me in 1998:

“In a commercial you have one minute, or forty seconds, to sell the product. Therefore every single note has got to mean something, and has got to do something. And that’s exactly how I approached one-minute main titles: it was to sell the show.”

For the studio’s animated half-hour sitcoms, however, his jazzier side was given full reign. His themes often involved wailing brass and frenetic xylophones—the latter of which were best heard in the original theme for The Flintstones called “Rise and Shine,” which was replaced by the much better known “Meet the Flintstones” (perhaps because “Rise and Shine” sounded a lot like “This Is It,” the theme for The Bugs Bunny Show). He proudly described how he had gotten his solo trombonist in the Jonny Quest session to slide up to a note that isn’t supposed to be possible on a trombone. 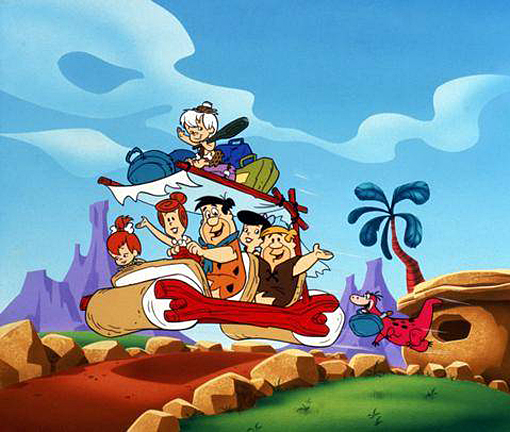 Hoyt was also interested in unusual instrumentation, and remembered one session in particular that made him laugh more than thirty years later:

“There was a show called The Hillbilly Bears. I wanted to use a jug, so I cast around and found a guy that was a whiz on the jug. So here’s the band, we’re all sitting there, he’s sitting there, and it comes the time. We play six bars and it’s his cue to come in and play…and nothing happens. I think, ‘Oh, well, he just panicked.’ You know, a jug player is not going to be your basic Itzak Perlman. He’s going to be more of an ear guy. We started again, and the same thing happened. So I said, ‘Clyde, this is where you come in, in bar six.’ He looked at me and said: ‘I broke my jug.’ I’m telling you, the rest of the band fell off their chairs, the timing was so beautiful! Finally he got a replacement and a couple days later we overdubbed him. But guys still get red in the face thinking about him!” 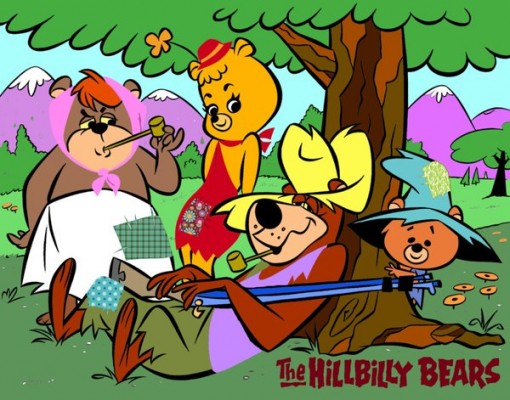 Hoyto passed away in 2000, but the sounds he created remain part of our collective consciousness. 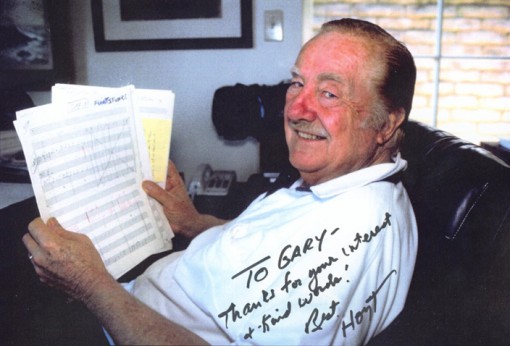