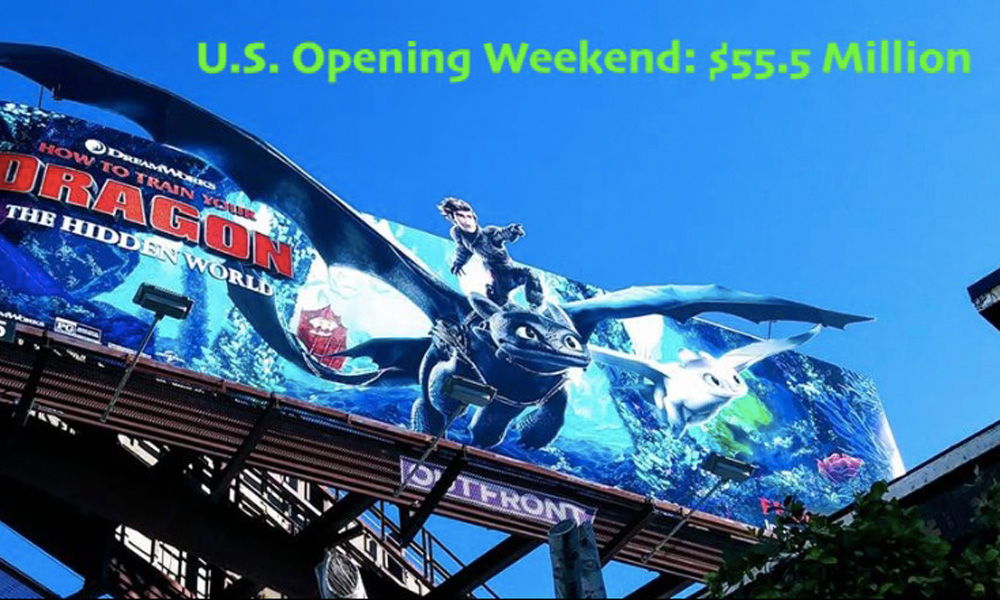 After some time away from the box office, DreamWorks Animation scored a big hit this past weekend with the third chapter in the How to Train Your Dragon trilogy, landing on the top spot at the U.S. box office with an estimated $55.5 million debut.

Scoring the biggest debut of the year so far, the Dean DeBlois-directed movie was also the best performing opener of the franchise, surpassing the $49.4 million opening for How to Train Your Dragon 2 in 2014. The film’s overall U.S. performance so far totals over $58 million once you include the $2.5 million it brought in from an exclusive Fandango event earlier this month. Hidden World received an “A” CinemaScore and a 91% score on RottenTomatoes.com.

The third movie in the franchise has entered its seventh weekend in international release this weekend and is now playing in 53 territories including nine new markets this weekend. Hidden World also opened at the #1 spot in Russia with $11.2 million followed by Spain where it also brought in an estimated $2.8 million. The film has also performed very well in the U.K. where it grossed over $20 million so far. The movie will open in China on March 1 and in Japan on August 23. Altogether Hidden World has made $216.9 million in foreign territories, summing up its global take to approximately $275 million. The film’s next competition comes from Paramount’s Wonder Park which opens nationally on March 15.