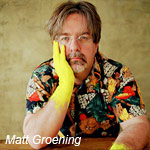 It seems like only yesterday that those of us who write about animation were giving ink to the fact that The Simpsons was entering its seventh season, which made it the longest-running primetime animated series in history, surpassing the original run of The Flintstones. This week, however, the show begins its twenty-third season, during the course of which it will score its 500th episode. Not only have Fred and Barney been left in the dust, but Homer, Bart, Marge, Lisa, and Maggie have also zoomed past Lawrence Welk, Ozzie and Harriet, Marshall Dillon, and DA Jack McCoy.

Over the years the show’s creators have cracked plenty of self-referential jokes about running out of episode ideas.  While there is no evidence of that happening, is there any danger succumbing to the perennial danger of any long-running television show: the “jumping-the-shark” moment? Or is it possible that the creative well will begin to produce ideas that are simply uncharacteristic for the show? 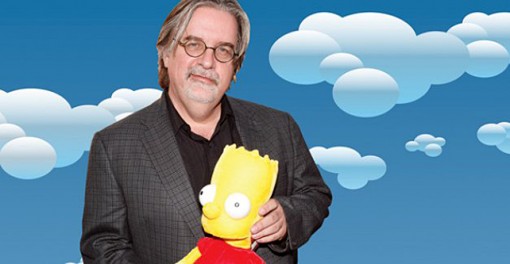 Back in 2007 I had the opportunity to speak with Simpsons creator Matt Groening, in connection with the release of The Simpsons Movie.  Knowing how some creators, even some corporate entities, vigorously protect their star characters against any sort of variation, I asked Matt if the show’s writing staff had ever crossed the line in terms of what his characters would, and should, do.  He told me that he had come to trust collaboration:

“You know, as a print cartoonist—I draw a weekly comic strip by myself, sitting at the drawing table, where nobody sees me—I have a bias toward the nobility of the lonely artist in a garret, with a message to tell.  But there really is something to be said for collaboration and shared vision. The Simpsons is an example of a shared vision that at its best works really well. Are there jokes that I’m not fond of when I first hear them?  Yeah, sometimes.  But almost 100 percent of the time, I either come around to the joke, or if it’s a joke that is queasy on some level, it drops out because it doesn’t get the laugh that we want it to. 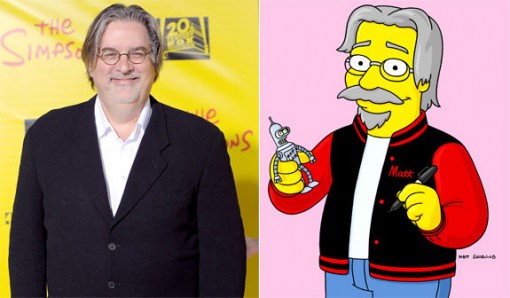 There’s a real objectivity about the subjectivity of comedy, where if things don’t get laughs, mo matter how much you like them, they have to go. You can defend them, but you’re on shaky ground. One of the great things about The Simpsons experience is that it’s not enough to say ‘That’s not funny.’ The best way to get your point across is to come up with something funnier. We have a ton of great writers and animators who are constantly trying to bring the level of the show up one more step, and the actors themselves [do it] with suggestions and ad-libs. Some are improvements in jokes and storytelling that just cannot be written down. You have to be there in the moment and get inspired.”

I’d say that Rupert Murdoch’s media empire will start to crumble before anything happens to The Simpsons…d’oh!