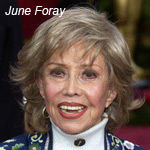 I write these words on September 18, 2012, which happens to be the birthday of the First Lady of Animation, June Foray. What better time to once more celebrate the life and career of the best friend animation ever had?

June—who won her first Emmy Award in June (when else?) of this year—was one of the very first people I interviewed for publication, back in 1989. It was in many ways a spoiling experience, as no one since has been quite so forthcoming, delightful, and generous. At the time she had recently completed an on-camera cameo role in the live action film Boris and Natasha, which starred Dave Thomas and Sally Kellerman as the prides of Pottsylvania (the film premiered on television in 1992). June played a woman seeking an autograph from Natasha, and the gag was that she declares to her: “I feel we have something in common.” June takes it from there: 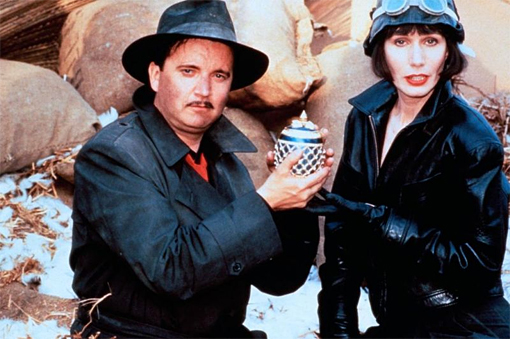 “I wanted to do it in Natasha’s voice and say, ‘Hey look, I am from Pottsylvania, too, dahlink.’ But apparently that was not acceptable. So I said to Charles Martin Smith, who directed it, ‘Why don’t I use my Princess voice, because maybe people wouldn’t recognize me and the joke would not be there unless there was some sort of identification.’ So I used that voice.”

Even so, June was able to put her Natasha voice to good use in the film by coaching Sally Kellerman:

“[Kellerman] went to New York and looked at six hours of [Bullwinkle] at the Museum of Broadcasting. A young man called from the Museum and said, ‘June, do you mind if I give Sally Kellerman your number? She wants to talk to you to get your ideas of the character.’ So I stopped at her house [in L.A.] and I talked into a tape recorder as Natasha, and I would say, ‘She vas in luv wit Bor-ees, and anytink Bor-ees said vas okay wit her.’ She said she got more out of just talking to me and getting the feeling of Natasha than in seeing all of the episodes.” 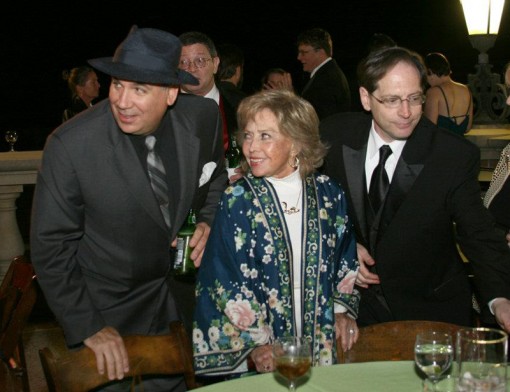 I had a tape epiphany of my own as a result of that interview.  During the course of our chat, June slipped into character as Rocky the Flying Squirrel, as Natasha, as Grammy Gummy (a voice that tickles me no matter how many times I hear it), as Granny from the Sylvester and Tweety cartoons, and as “Talky Tina,” the malevolent little doll from the classic “Living Doll” episode of Twilight Zone. Sitting across the table from her, I remember thinking: “Gee, the voices sound a little bit different in person.” Only when I played the tape back for transcription, and heard each and every character delineated in perfect pitch and brilliant clarity (which, in the case of “Talky Tina,” made the hairs rise on my arms), did I realize that I had just been taught volumes about voice acting. Sitting there during the interview, looking at this extremely warm, personable, and charming lady, I had been fooled into letting my eyes overcome my ears.

Let’s all give a birthday cheer to the one and only June Foray!