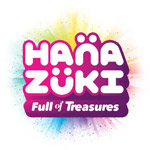 Hanazuki puts a modern, cross-platform spin on a premise that will be familiar to ‘80s kids who grew up with Rainbow Brite, et al. The series follows Hanazuki, a “Moonflower” or guardian being created to help protect the moons of a distant galaxy from the “Big Bad,” a mysterious, dark force. With the help of a benevolent space-baby known as Little Dreamer, she uses magical treasures to tap into her inner power through her emotions as she helps the spectrum of bunny-like Hemka critters on her moon — and other colorful characters.

As the show continues (to be released in nine-episode patches at each Full Moon), the Big Bad continues to lay waste to moons around the galaxy, driving other Moonflowers to gather around Hanazuki. This bouquet of heroes must learn how to wield the power of their emotions from Hanazuki, and band together to save the universe they were sent to protect.

The magical item collection and power-unlocking elements of the series — as well as its bubblegum bright design — clearly lend themselves to multiplatform expansion, and Hasbro has designed Hanazuki to become a fully connected franchise universe spanning the animated series, a digital app and a robust consumer product and toy line. 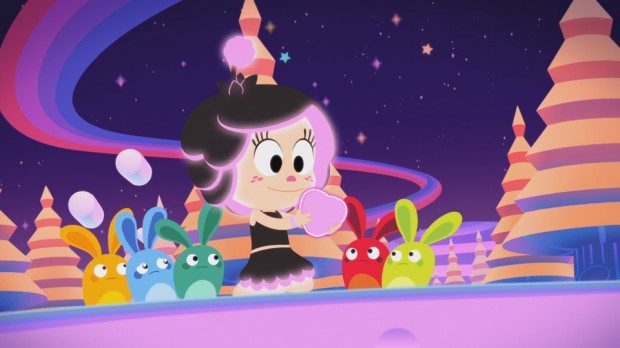 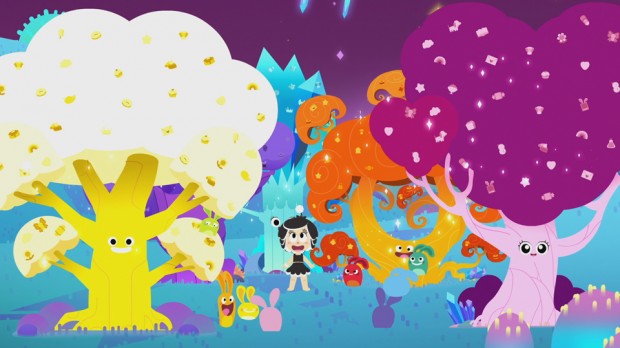 Continue Reading
You may also like...
Related Topics:Hanazuki: Full of Treasures, Hasbro Studios