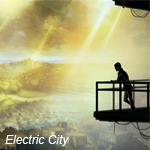 Tom Hanks’ new animated series Electric City, premiered on Tuesday on Yahoo.com. Set in a troubled dystopian world which is the result of a series of ecological and human-related disasters, the 20-part show was written by Hanks and also features the multi-Oscar-winning actor as the voice of Cleveland Carr, a mysterious man of dubious morals.

“The theme that drives the plot of every episode is ‘Who’s gonna control the information?’” Hanks explained to ew.com. “And are those people gonna be benevolent and tell the truth, or are they going to be proactively lying in order to promote their own agenda? That’s Electric City in a nutshell.”

Hanks started the project several years before sites like YouTube and Hulu created new distribution opportunities. He began writing Electric City in 2003 and used an Olivetti Lettera 22 portable manual typewriter to actually realize his vision. Back then, he and his company, Playtone, were originally wanted the story to be presented via half-hour episodes. Once he decided to write it for the web, Hanks and co-writers Josh Feldman and Bo Stevenson reworked the story for five-to-seven-minute episodes. 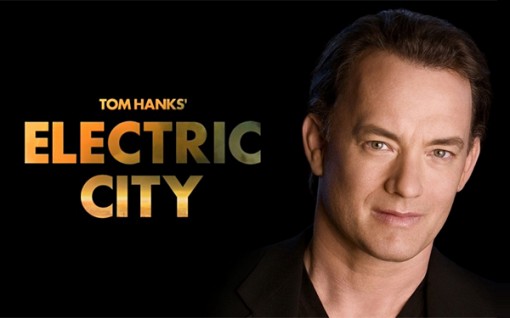 “We pulled from essentially friends of Playtone, people that we’d worked with. There’s a couple of boyfriends of people who are also voices in this,” he said. The cast also includes Jeanne Tripplehorn and Ginnifer Goodwin, actresses who also starred in Playtone’s HBO series Big Love. Tripplehorn voices Hope Chatsworth, news anchor for Electric City’s wire service. 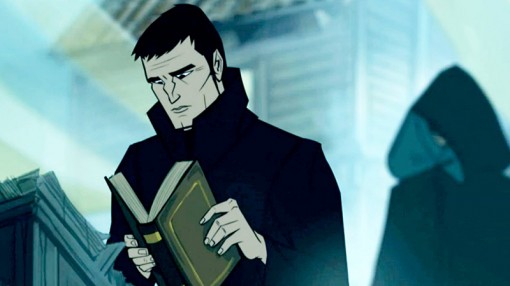 Reliance Entertainment funded Electric City, and Yahoo took on distribution duties, but Hanks, who lent his own voice to the series’ main character in part for budgetary reasons, admits, “There’s no money in [TV created for the web]. You might be able to make the salaries of the people that help you do it. But it’s literally in order to be creative. I guess money is made somewhere up the huge corporate ladder somehow, but…really, it’s like self-publishing your own poems. Some of them are good, and some of them are bad. But the good ones are pretty cool.”

You can watch the first 10 episodes of Electric City on Yahoo! Screen.