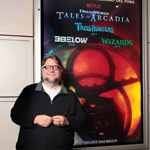 The magical world of Netflix original series DreamWorks Trollhunters is getting a major expansion. At a preview screening for Part 2, creator and executive producer Guillermo del Toro announced that the Emmy-winning show will be part of a trilogy of series, dubbed “Tales of Arcardia.” Trollhunters, which will launch its second season on Dec. 15, will be followed by 3 Below in 2018, and Wizards in 2019.

The trilogy will explore the strange nexus of mystical energies formed by the seemingly ordinary town of Arcadia, where Trollhunters is set, and the three otherworldly realities that converge there. Check out the teaser below for a taste of how they’ll tie together…

In 3 Below, two royal alien teens and their bodyguard on the run from a planetary coup by an evil dictator crash land in Arcadia, where they try to evade intergalactic bounty hunters while adapting to the whacked out world that is the American high school experience — all while trying to fix their ship so they can return home and reclaim their planet.

As the final chapter, Wizards will pull together the previously introduced worlds of trolls and aliens with wizards who have found themselves drawn to the odd little town. Tales of Arcadia will wrap with an apocalyptic battle for magical control, which will seal the fate of all these worlds. 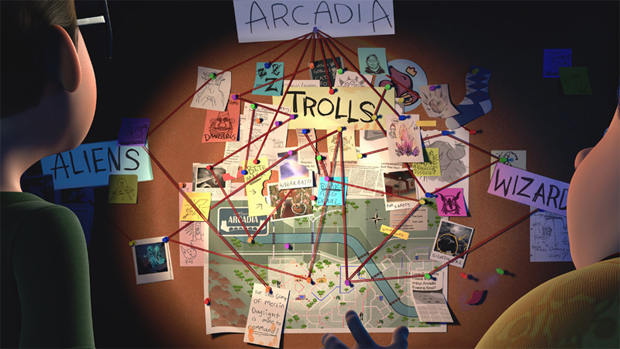 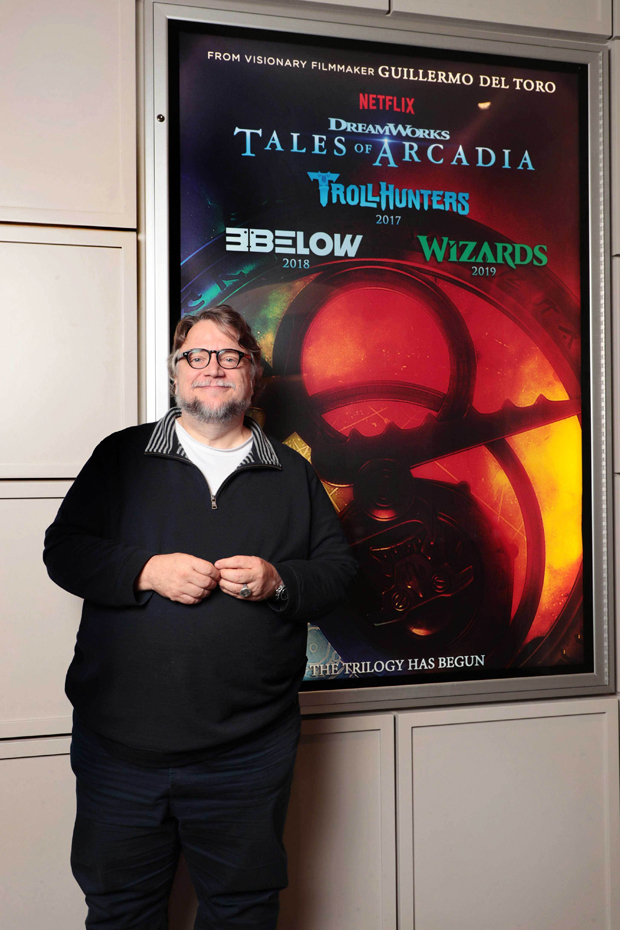