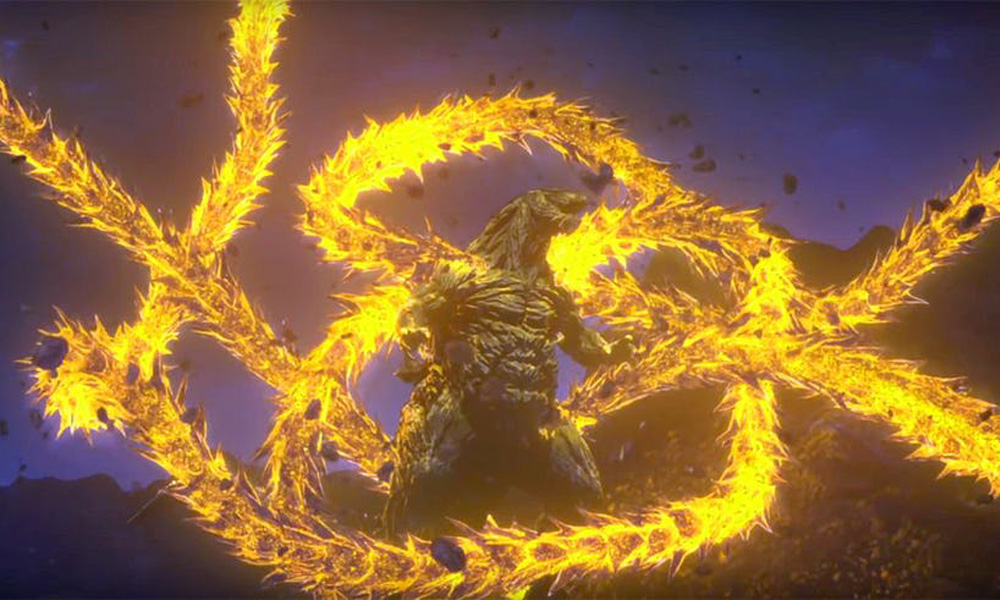 The final, epic installment in Toho Animation’s three-part animated monster movie marathon, Godzilla: The Planet Eater is stomping its way to screens on Friday, November 9. The sequel was selected as the closing night film of the 31st Tokyo International Film Festival (Oct. 25-Nov. 3), and will follow Godzilla: Planet of the Monsters and Godzilla: City on the Edge of Battle to Netflix streaming worldwide.

The new trilogy marks the first time in Godzilla’s history that the iconic kaiju has received the animated feature treatment since the nuclear mutant first arose from the sea in the original 1954 film. Toho has produced 29 Godzilla features not including the anime.

Blending traditional animation and CG, The Planet Eater shows humanity trying to take back planet Earth from the monster by any means necessary. In a final act of desperation, the survivors of the first two flicks summon the planet killer King Ghidorah to get rid of Godzilla once and for all.

The interpretation of Godzilla as the destructive and terrible “King of Monsters” and strong sci-fi storytelling brings the franchise closer to the original film, though the directors wanted to focus on the human drama and tackle issues like religion and human survival in a post-apocalyptic world.

The filmmakers turned to a classically trained Japanese kyogen theater actor to create Godzilla’s movements with performance capture. (In a nod to the classics, the film’s hero Haruo is named after the actor who first played Godzilla in a rubber suit, Haruo Nakajima.)

“I’m not a Godzilla expert and so I simply made a film I thought would be enjoyable,” Kobun Shizuno, one of the directors, told The Associated Press.

“We welcome getting bashed by the traditionalists,” said partner director Hiroyuki Seshita. “That proves more than anything we succeeded in creating something different.”