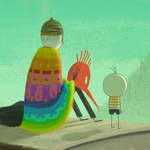 GKIDS has lead the charge over the last decade in bringing international animation stateside, garnering nine Oscar-nominated entries in its catalogue. This month they’ve made a smattering of their expansive library available to Netflix subscribers. Animation fans in want of variety would do well to give each of these films a try.

Boy and the World (2013, 1hr 20min) – A Brazilian Oscar nominee, Boy and the World‘s narrative tells the story of a little boy in search of his father. The simple plot belies the amount of political meaning that comes through visually in its execution.

Kahlil Gibran’s The Prophet (2014, PG, 1hr 25min) – A framing narrative directed by Roger Allers of The Lion King fame bookends a series of short films based on the poetry of Kahlil Gibran. The main narrative is charming, but a gorgeous variety of various vignettes by such animators as the Brizzi Bros. (Fantasia 2000) and Tomm Moore (Song of the Sea) make this truly worthwhile.

April and the Extraordinary World (2015, PG, 1hr 45 min) – For fans of steampunk and Jules Verne, this Franco-Belgian-Canadian production from many of the figureheads behind Persepolis should fit right in with their interests. A combination of historical and alt-history backstory elements, high flying adventure, shadowy conspiracies, and gorgeous artwork inspired by legendary artist Jacques Tardi make it a delight.

Miss Hokusai (2015, PG-13, 1h 30 min) – Garnering quite a bit of attention and acclaim stateside, this Japanese adaptation of a biographical manga about Hokusai’s daughter O-Ei is executed with remarkable beauty and realism. It’s produced by Production I.G (Ghost in the Shell) and directed by Keiichi Hara, who also directed the gorgeous and overlooked film Colorful, as well as some of the more acclaimed films in the Shin-chan movie series.

Phantom Boy (2015, PG, 1hr 25min) – From the creators of the quirky and extremely fun A Cat in Paris comes this similarly inventive film. A young terminally hospitalized boy in New York discovers he has the ability to leave his body and fly, and must use this ability to help an injured detective take down a powerful criminal.

My Life as a Zucchini (2016, PG-13, 1hr 10min) – Another Oscar nominee, My Life as a Zucchini is a deceptively simple Swiss-French co-production. It depicts the tale of an orphaned child’s struggles in dealing with trauma and the aftermath of parental abuse, finding new happiness and connections with the other children at a foster home. Despite the sometimes dark content, it’s an incredibly life affirming work of stop-motion that qualifies as a must watch.

It’s hard not to see a link between these titles being put up for streaming and GKIDS’ upcoming Animation Is Film festival at the TCL Chinese 6 in Los Angeles. GKIDS has seven movies in contention this Oscar season and they’re doing good to promote their entire body of work in the meantime. Films slated for Animation Is Film include Cartoon Saloon’s The Breadwinner, Benjamin Renner and Patrick Imbert’s The Big Bad Fox & Other Tales, and Mary and the Witch’s Flower by Studio Ponoc, a group made up of former Ghibli animators. 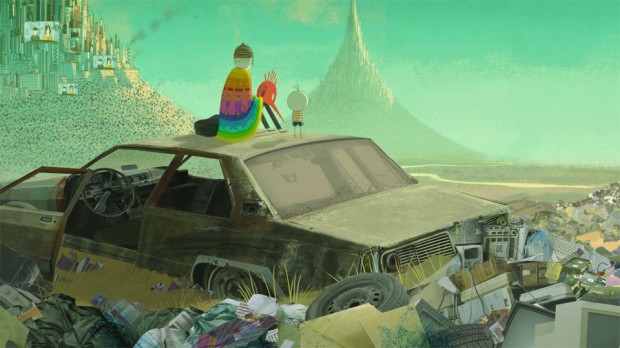