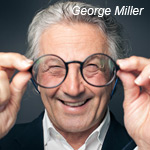 Hey, do you know that a feature-length version of Tim Burton’s 1984 animated short Frankenweenie is coming out? Of course you do. It’s hard not to, given the ad campaign. This week’s tale, however, is not about Frankenweenie or Burton specifically, or even how to market a toon feature; instead it’s about how the barrier between animated filmmaking and live action filmmaking has all but disappeared.

Burton, of course, is the poster child for this, though a host of A-list live action directors have of late been drawn to animation, led by Mad Max creator George Miller, who made the jump in 2006 with the hit Happy Feet. Back then, I asked him to characterize the difference he found between live action and animation. “I think you basically explode time,” he said, adding:

“All the same principles apply, but you lose the synchronicity of a live action set. On a live action set you are simultaneously recording the sound, doing wardrobe, doing the voice acting, doing the facial acting, the lighting, the camera work all at one time. All of that is broken apart in animation, so that every one of those things is different. It’s like extreme slow motion acting. When I was doing camera [for Happy Feet] I had to think about nothing else but the camera, and when I was doing the lighting I had to think about nothing else but the lighting. Even though it takes a ridiculously long period of time, you really are able to use your intellect much more than you do in a live action film. In live action you don’t have any time to think, you’ve just got to work from your gut all the time. On animation, you obviously work from the gut, but you kind of deconstruct what was happening when you have an intuitive feeling, and understand exactly why something was done.” 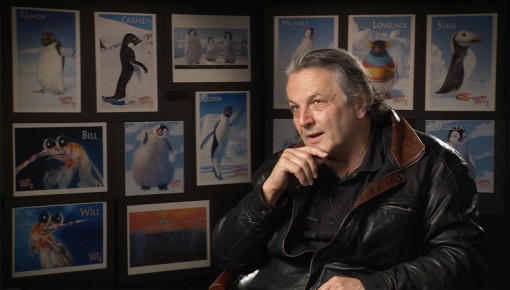 Miller went on to say that he had another epiphany about another body part:

“The other thing I’ve done is learn a lot more about acting since doing animation. I’ve realized how important the eyes are in this film. In animation, it all starts with the eyes.”

Happy Feet was not Miller’s first experience with CG animation; he had previously directed 1998’s Babe: Pig in the City, which utilized animated lip-synch. At the time of our chat, he expressed interest in doing more completely animated films, a goal he achieved in 2011 with Happy Feet Two. Whether any more digital features will be included on Miller’s resume probably depends on whether he can find another jumping off point: 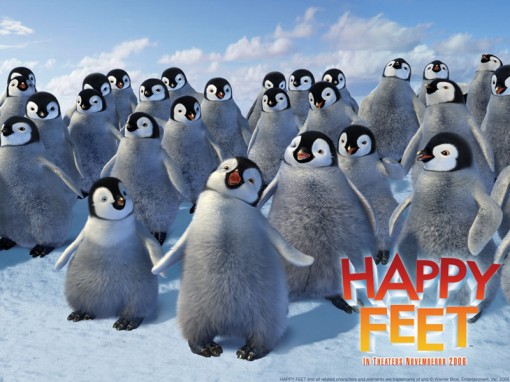 “It’s literally true that you can do almost anything now, but when you start off, it’s a leap of faith. You just don’t know whether you’re going to be able to pull it off. Somehow I’ve always been drawn to those projects. More than anything, I keep thinking I’m crazy. I do think I’m crazy sometimes. Well…I think I’m crazy a lot.”

As they say, you don’t have to be crazy to work in the toon trenches…but it helps.