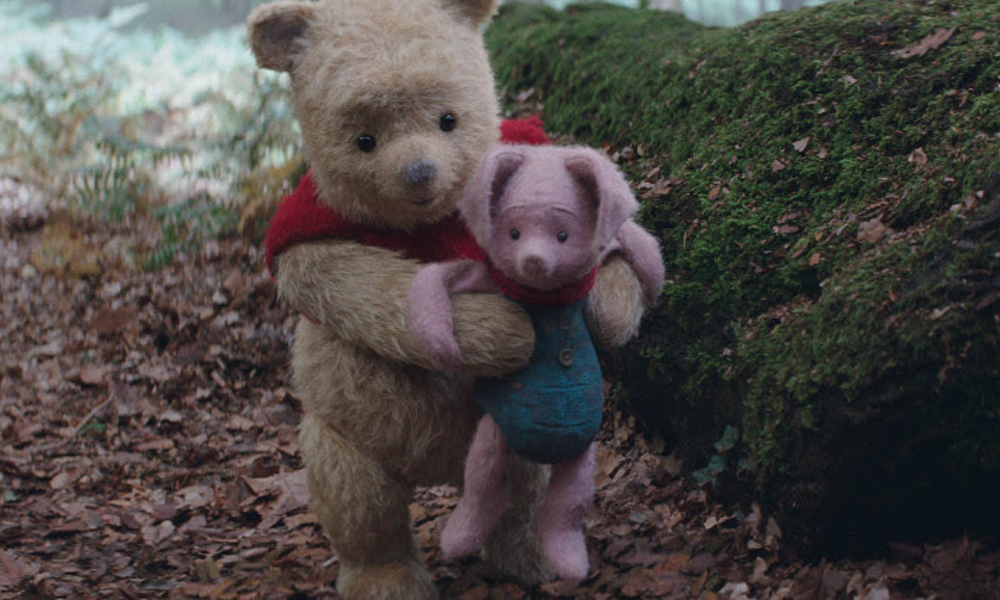 “I’m so incredibly proud of the work Framestore accomplished on Christopher Robin… recreating these handcrafted stuffed animals and animating them so organically, so delicately, and with such artistry not seen in many other movies that when you see Winnie-the-Pooh onscreen, it really is Winnie-the-Pooh.” — Marc Forster, director.

In the heartwarming live-action adventure Disney’s Christopher Robin, the young boy who embarked on countless adventures in the Hundred Acre Wood with his band of spirited and lovable stuffed animals has grown up and lost his way. His childhood friends, led by Pooh, venture into our world and help Christopher Robin (Ewan McGregor) remember the loving and playful boy still inside. 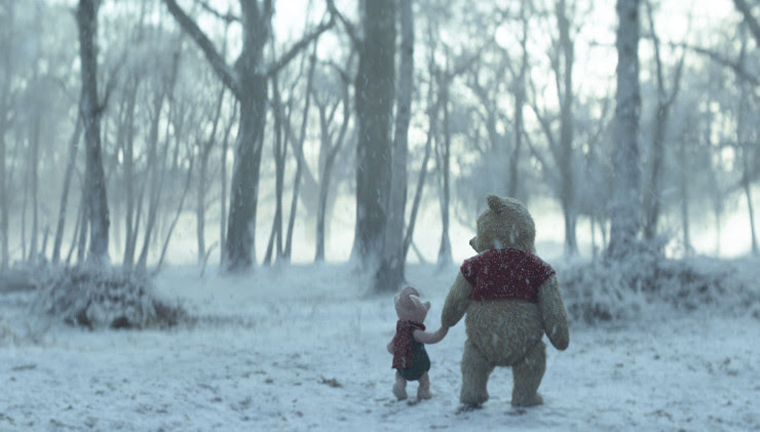 It was a family affair for Framestore, with Oscar-winning VFX supervisor Chris Lawrence (Gravity) leading the overall VFX on the film and Framestore’s Global Head of Animation Michael Eames as animation director. With 727 shots for Framestore — 677 of those featuring creature animation — the film proved an exciting challenge for a studio globally recognized for its character work, and whose recent credits include Disney’s Beauty and the Beast and the Paddington films.

In its 15 weeks of prep, the animation team worked in tandem on character tests, to discover how they would move, emote and embody their individual and distinct personalities. “Marc is an interesting director; he sees filmmaking as an art, and wanted to create something truly original,” says Lawrence. “He had a very strong vision from the outset that he wanted to evolve beyond the Disney cartoons, but no-one knew exactly where that would take us.” Following design development, it was agreed that the team had found something very special in the creation of characters which resemble the toys of Christopher Robin’s childhood.

“Marc didn’t want us to come up with anything that would prevent an audience believing that the toys were anything but real,” says Eames. “But at the same time, as characters, they needed to be able to perform and enabling them to have expression inevitably challenged our perception of what a ‘real’ toy could be. Primarily, we based our animation tests on how the mechanical and material makeup of the toy could ‘be’ moved — discovering what we could do to depict a range of poses, moods and expressions throughout the body and face as we went along. Ultimately, we came up with a range of motion that, whilst often extremely subtle, could be animated with enough contrast to allow a performance.” 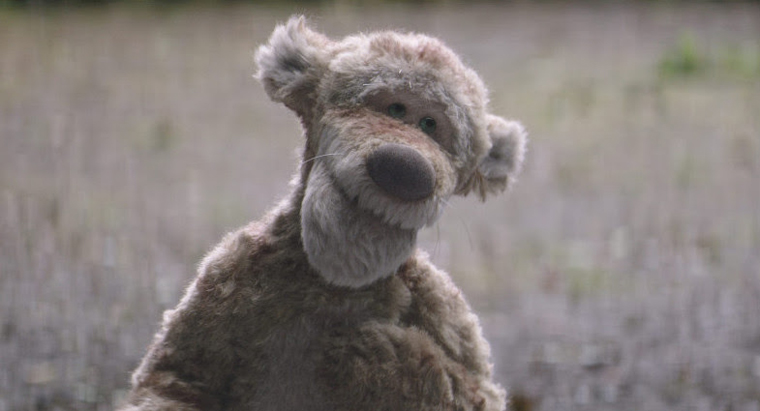 The team acquired the designs of the models and replicated the stitching patterns, before going back in to deliberately break some of the stitches by hand to mimic the aging of the cloth. “Everyone had fallen in love with the physical stuffies on set, which gave us a solid starting point. We really went to great lengths to match the detail meticulously, as we see these characters so close-up,” says Theo Jones, VFX supervisor. Material swatches from set were photographed in macro detail and given to the groom team who matched not only the length and the feel of the fur, but also the way it was pulling through the material, using a new piece of fur collision software written in-house. 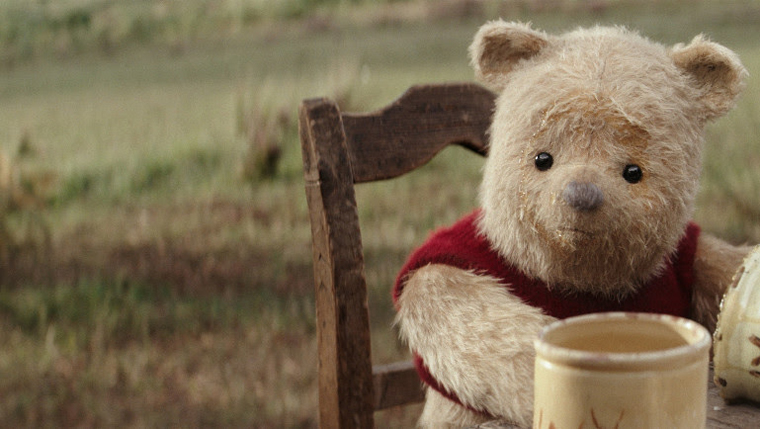 Winnie-the-Pooh is the first childhood friend to return to Christopher Robin. Animators took inspiration from a variety of sources introduced by director Marc Forster, including Peter Sellers’ Being There, the films of Charlie Chaplin, and the book The Tao of Pooh. Says Lawrence, “Pooh is a very minimal performer. Ewan [McGregor] would have to do these very emotional scenes against him and he wanted to know what Pooh would be doing; the answer was a very held-back, restrained performance.”

The characters needed to interact with the real world, touching and moving amongst live-action elements. “There is one scene where Pooh reaches out and strokes a flower, and you really want to feel that connection,” says Lawrence. Pooh’s CG paw moves against a real plant that was being manipulated by a rod on set. “We wanted it to feel like Pooh was literally stroking the plant; the contact was so important that we simulated every hair on his paw as though he’d touched it.”

Christopher Robin was a unique chance for Framestore to think outside of the box when dealing with conventional CG characters and elements, whilst staying true to its ambition to aid the creative filmmaking process. Says Lawrence, “Framestore has that level of detail in the animation, creature FX and the building of assets which all add up to a whole greater than its parts. The artists went the extra 10 percent, which was the magic they brought to the film.”

Adding even more to the film’s endeavor, Framestore’s Advertising division was tasked with turning out a run of theatrical posters starring the film’s animated heroes, plus a set of short-form animations that see Pooh and co. put in the press junket hot-seat. Framestore also worked to create an AR Facebook Sticker of Pooh ahead of the film’s release, for the social platform’s Messenger App, drawing on CG, animation and tech development talent from across its global offices.

Christopher Robin was released on disc and digital by Disney on Nov. 6 and continues screening in select theaters. The film has earned $196 million in worldwide box office.