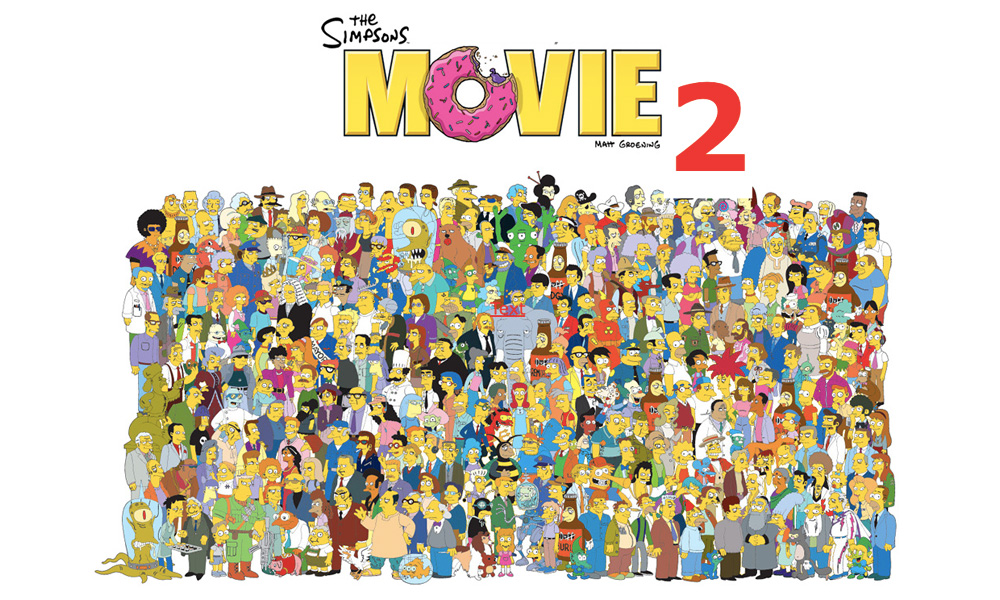 One of the latest revelations that has seen the light of day thanks to the Disney/Fox acquisition deal is that a sequel to the 2007 release The Simpsons Movie has been in development at Fox. A new report in The Wall Street Journal mentions that The Simpsons Movie 2, a live-action/CG hybrid feature based on The Family Guy and a full-fledged animated pic of Bob’s Burgers are all in the works at Fox.

Last year, during the 10th anniversary of The Simpsons Movie writer-producer Al Jean and director David Silverman admitted that a follow-up movie could happen, but that it was in the “very earliest stages.” Silverman mentioned that he would love do another movie featuring the beloved Springfield residents.

According to many insiders, the Disney and Fox merger is a done deal, although it has created a fearful, uncertain environment for Fox employees who are afraid of losing their jobs. Not much has been said about what would happen to the Fox animation departments after the merger, but some believe that thousands may lose their jobs in many departments at the studio.

The Simpsons Movie was released in 2007 and grossed over $527 million worldwide. It set the record for the highest grossing film based on a TV series at the time. It was also the third-highest grossing opening weekend for an animated film. The Simpsons will begin its 30th season fall on FOX-TV.