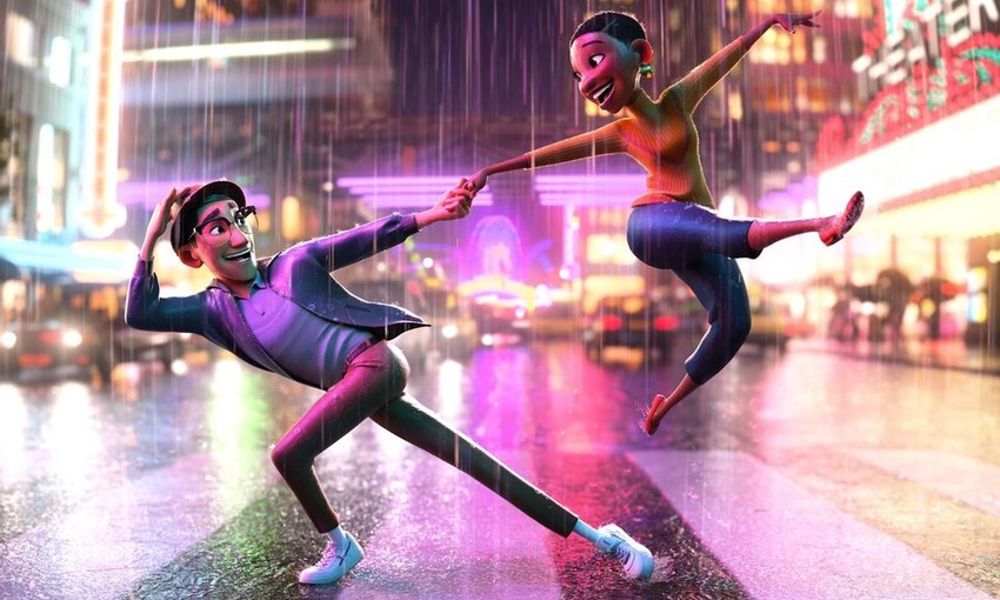 If you have the chance to see Disney’s new release Raya and the Dragon in a theater this month, you will also get a special bonus: A charming and heartwarming new short titled Us Again screens before the main feature. Directed by Zach Parrish, the wordless project (which will arrive on Disney+ in June) centers on an elderly man and his dynamic wife who magically get to relive their youth as they dance against a scenic urban backdrop to an original funk and soul score, composed by Pinar Toprak (Captain Marvel).

The genesis of the short goes back to 2018, when Parrish was thinking about his own mortality, as well as his two sets of grandparents and how each had completely different attitudes about aging. One pair sold their house, bought an RV and visited all the national parks around the country, while the other had closed their curtains and just stayed home. “I thought about this idea of wish fulfillment of regaining one’s youth what you’d do if you could relive your younger days for one night,” says the 34-year-old director, who served as head of animation on Big Hero 6 and also helmed the Short Circuit film Puddles.

Having been a dance and theater fan all his life, Parrish wanted to use the language of dance to tell this story. “My mom was a huge influence on me growing up,” he recalls. “We shared this love of theater and dance, and she would take us to see plays in Chicago. When the show So You Think You Can Dance first came out, I was a freshman in college. So, when I moved to L.A., she would DVR her favorite dances from that show, and we’d watch them together when I went back home for visits. Musicals and dance offer such a heightened, exaggerated level of emotion, and I thought the short would be a perfect opportunity to explore that.”

But first, he had to pitch the idea to Disney’s Chief Creative Officer Jennifer Lee and President Clark Spencer, who were looking to relaunch the studio’s shorts program. “One of my priorities has been to bring back theatrical animated shorts and to give artists at our studio an opportunity to explore new ideas,” says Lee. “Us Again has so much spirit and energy, and pushes the boundaries of our short form storytelling.”

To help visualize his pitch, Parrish made a supercut of two of his favorite choreographer-dancers, Keone and Mari (featured performers on World of Dance). “I had been fans of theirs for a long time, and made this compilation not thinking that I could ever work with them,” says the director. “Fortunately, our producer Brad Simonsen reached out to them, and they came in and became our thought partners on this project. They helped us with the story, the characters, the movements. As the story got into its final stage, we redid the music and storyboards to make it all gel. Then, they would send us back videos and showed us what they would suggest for the dance numbers. Finally, we did a reference shoot so the animators could use that to do the animation.” 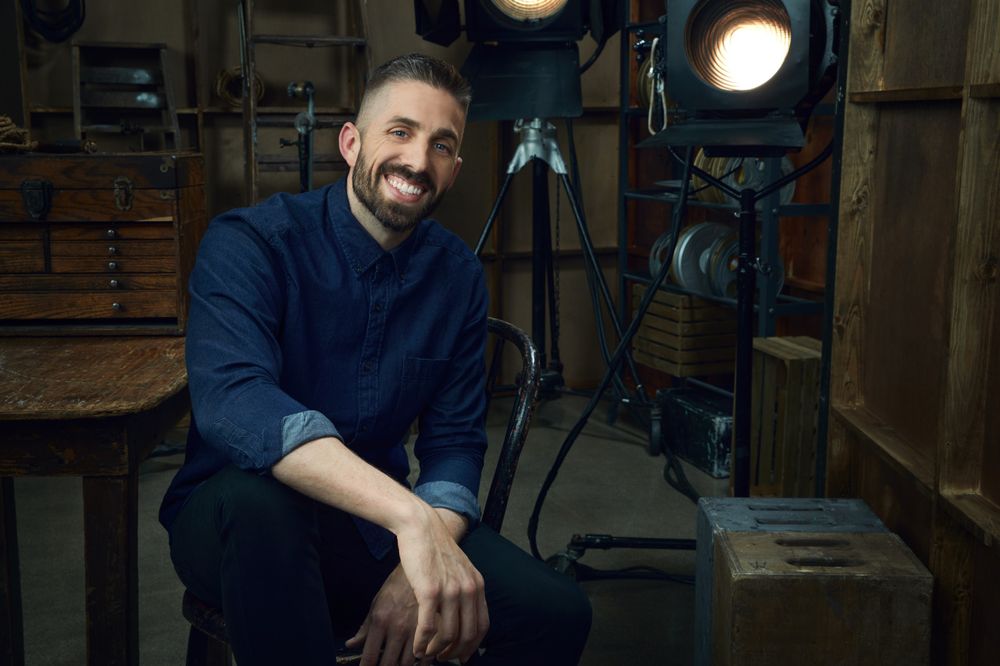 Keone points out, “Mari and I have always dreamed of having our particular style of movement being incorporated within animation. Our style is very new and young, and we were like kids in a candy store working with Zach and the team to capture it and see our movements realized through the characters in the film.” Adds Mari, “From the first time we saw the storyboards, I was already tearing up. The characters were easy to relate to and to empathize with. As a married couple, we tried to imagine being their age, and we also thought about our own grandparents in bringing the characters to life through dance.”

Parrish says he considers himself very lucky because the team was almost done with the animation before last year’s COVID shutdowns started. “We only had to do about two weeks of animation from home,” he recalls. “My big challenge was the number of people that I had to oversee on this project, which was about a hundred. My previous short was much smaller and I had fewer notes to work with. The level of complexity was another one. We had multiple sets, cars, crowds, city streets, a carnival and transforming characters! But we also had an amazing team that was super down for all the challenges.”

The director says he knew he wanted to work in animation from a very early age. “I was that weird kid who said he wanted to make cartoons when the D.A.R.E. officer asked our first grade class what they wanted to be when they grew up,” admits Parrish. “Some of my favorite animated influences were Disney’s Aladdin and Hercules and Pixar’s The Incredibles.”

As we wrap up the interview, he says he can’t wait for his mother to see the short with him at a special cast and crew family screening. “We were trying to say a lot with this short,” he concludes. “A lot of people think it’s about being old, but to me it’s not about that. It’s about any of the things that stop you from being present and recognizing what is special about your life and how beautiful the people in your life are. It’s about not getting twisted into focusing on the past and the things that will drag you down. Our main character learns that at end of the film; that his life is amazing and the world is beautiful, and he can be part of it if he makes that choice.”

Us Again screens in theaters with Raya and the Last Dragon, beginning March 5. The short will make its streaming debut in June on Disney+.