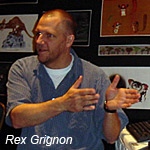 Once upon a time (as all good fairy tales start) animated features offered audiences original images, stories and characters that moviegoers could not see anywhere else. Similarly, there was also a time when big summer tentpole movies by their nature offered audiences the promise of something new and fresh.

Well, all eras must come to an end, and this summer movie season, like the last several, is in the grip of franchise mania. Complaining about it is about as useful as sitting on a porch in a rocker, wondering why radio drama went away. Franchises are the fuel that power Hollywood, and governing that is the rule of three—the trilogy. (And let’s be honest here: studios that extend their franchise to four films—not counting special cases like Harry Potter and rebooted second trilogies—are simply pushing their luck and the audience’s patience.) 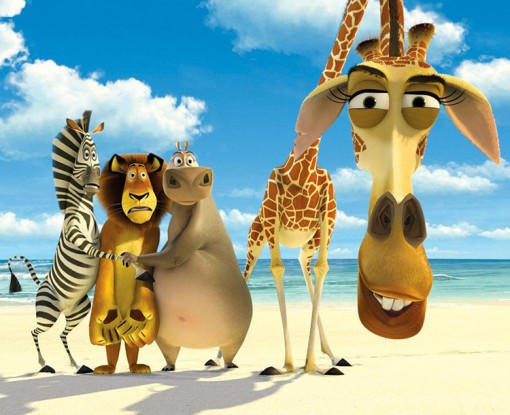 The current release of Madagascar 3: Europe’s Most Wanted is anything but unexpected, given that numbers 1 and 2 have grossed a combined $1.1 billion worldwide. With that kind of box office return, there would have been a Howard the Duck 3. But it did get me thinking about the time before the original Madagascar was released, since that one did provide a new wrinkle to animated features: prior to Madagascar no one had seriously tried to do a digitally animated feature with an old-fashioned squash-and-stretch soul. The film’s inbetweens were blurred to give the characters rapid whoosh movement, and their designs, as well as those of the backgrounds were stylized, off-kilter and toony…and nothing was mo-capped. 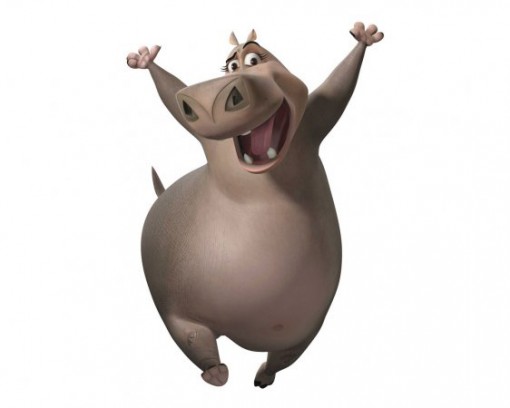 Gloria of Madagascar 3: Europe’s Most Wanted

Going back into my files, I pulled up a conversation from 2005 with Madagascar’s head of character animation Rex Grignon (who serves the same function for Madagascar 3) and was reminded that, two movies, a TV special, and two series ago, there was actually some concern over the pioneering effort. “Gloria was the [character] I lost sleep over when we were in pre-production, thinking, ‘How are we going to do her?’” Rex told me, adding:

“It’s real easy for a computer to do a skinny character like Melman [the giraffe]. When the flesh is close to the bone, computers excel at that. There’s no soft tissue to worry about and no wobbly flesh. But when you get a character like Gloria [a hippo], her skeleton in the middle of her body is really tiny, and she’s got all this flesh. She needed to touch her toes, and a couple years ago, there was no way we could have done that. That was a very, very difficult problem, to have a character with so much flesh be able to bend over on herself and touch her toes. From the start the directors said, ‘For a hippo, Gloria is hot! She is not a big, flabby, loose character. To another hippo, Gloria would be state of the art.’ So it switches the way you think about her, and we tried to animate her that way.” 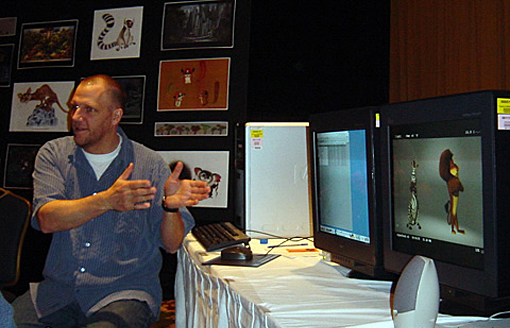 They succeeded. And as long as she can still touch her toes and flirt with the audience, DreamWorks Animation will live happily ever after, or at least, have a nice summer vacation.

Welcome to the ‘Madagascar 3' Vs. ‘Prometheus’ Weekend
WB TV Reveals Comic-Con Line Up