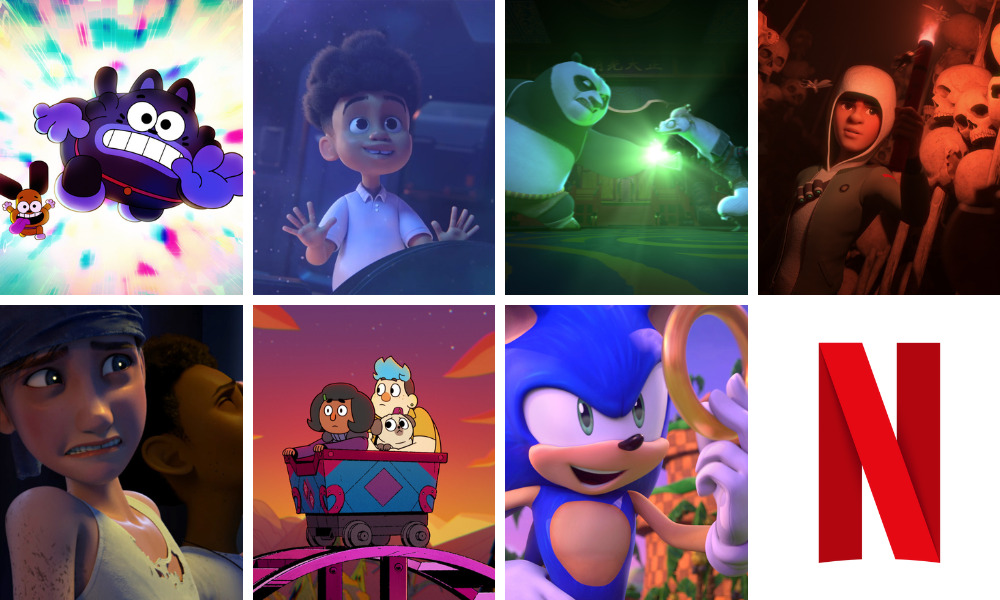 With some welcome positive news from Netflix’s kids’ toon division, VP Animation Series John Derderian shared in a blog post this morning a new sizzle reel, offering a sneak peek at upcoming season and series premieres! (Read on to check out the new footage, fresh out the toon oven.)

Derdarian noted that the lineup mixes thrilling action, breaktaking adventure and plenty of laughs with familiar characters. “Netflix is the home of your favorite characters,” wrote the veep. “Our kids’ animated series can excite imaginations, stir emotions and make spirits soar.”

The streamer has announced returning faves, including a new interactive special Jurassic World: Camp Cretaceous: Hidden Adventure — which should help fans bid the campers goodbye as the final season debuts in July — new episodes of The Cuphead Show!, Sharkdog and He-Man and the Masters of the Universe. The sizzler also offers first-look footage from: 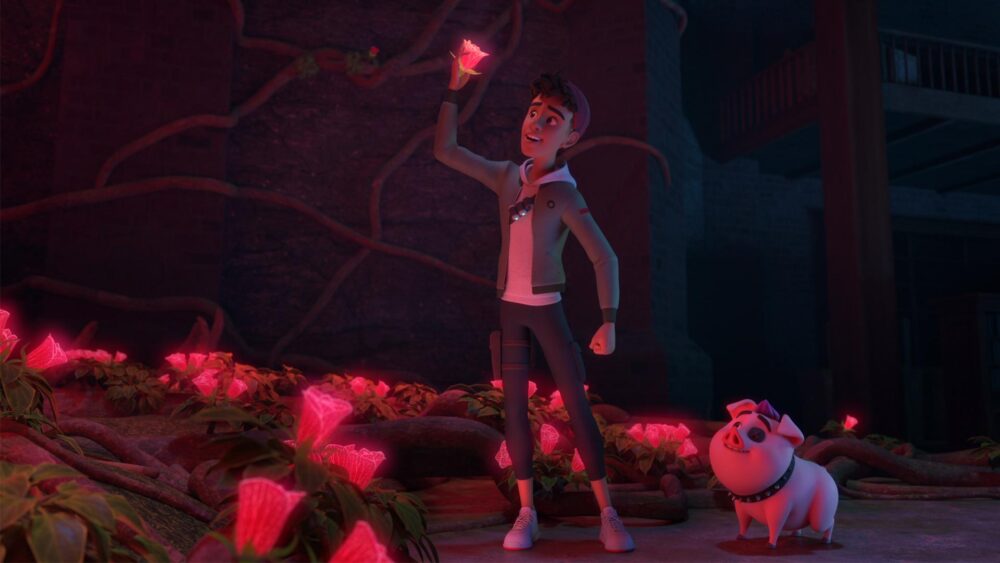 Synopsis: In modern-day New York City, magic is real… it’s just hidden from the public by sleight of hand and misdirection. But Daniel Spellbound knows where to find it – as a tracker of magical ingredients he makes his living selling rare goods to sorcerers and wizards for their spells. But when he discovers a strange ingredient, Daniel catches the attention of dangerous alchemists and he suddenly must test his skills on an adventure around the globe, while the magical world hangs in the balance! 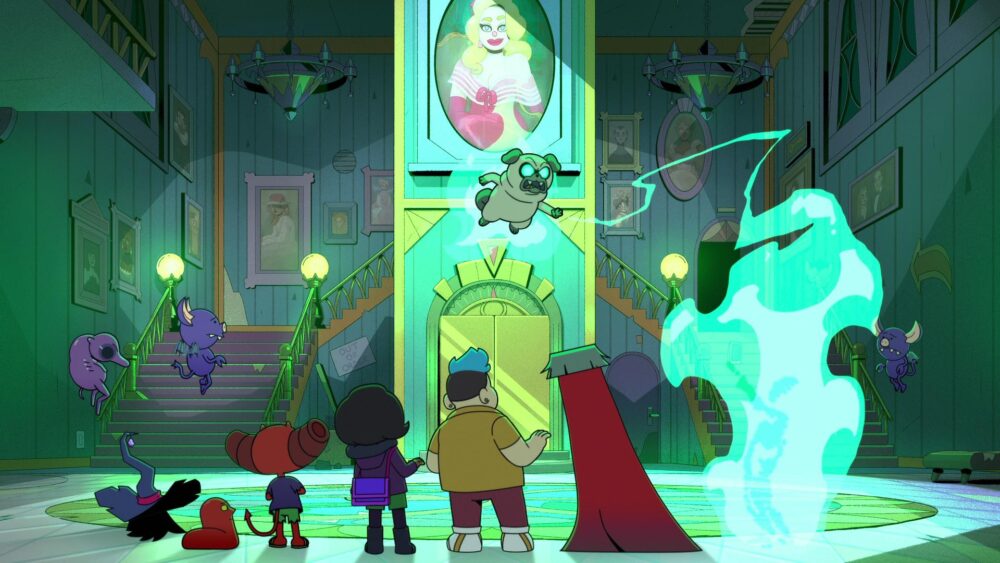 Synopsis: The series follows Barney, Norma and magical talking dog Pugsley, as they balance their summer jobs at the local theme park haunted house while battling the totally real supernatural forces that dwell within it.Together with their guide to the underworld multiplane, a sardonic thousand-year-old demon named Courtney, they’ll face zombie mascots, demonic game show hosts, sleep-sucking witches and the scariest thing of all: their first crushes! 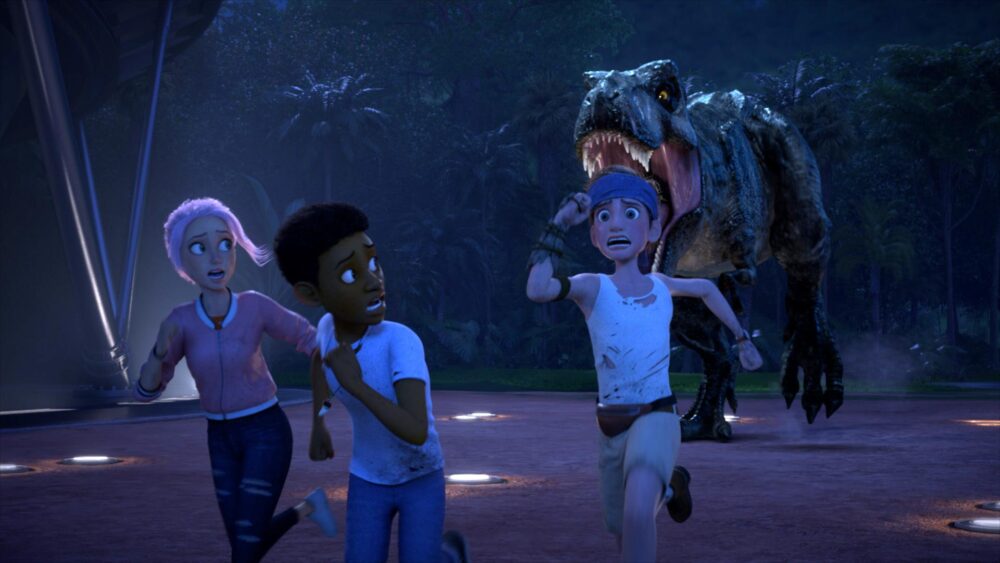 Synopsis: In Season 5, the arrival of Kenji’s father, Mr. Kon, renews hope of a rescue for the campers. But as the nefarious plans of Mantah Corp. come into focus and one of the Camp Fam turns on their own, the others must band together if they want to save the dinosaurs and ever make it home.

Jurassic World: Camp Cretaceous: Hidden Adventure (Interactive Special) finds the campers, desperate for food, working together to find a hidden stockpile. They must risk everything to uncover clues in search of its location, ultimately exposing previously unknown secrets of Isla Nublar. 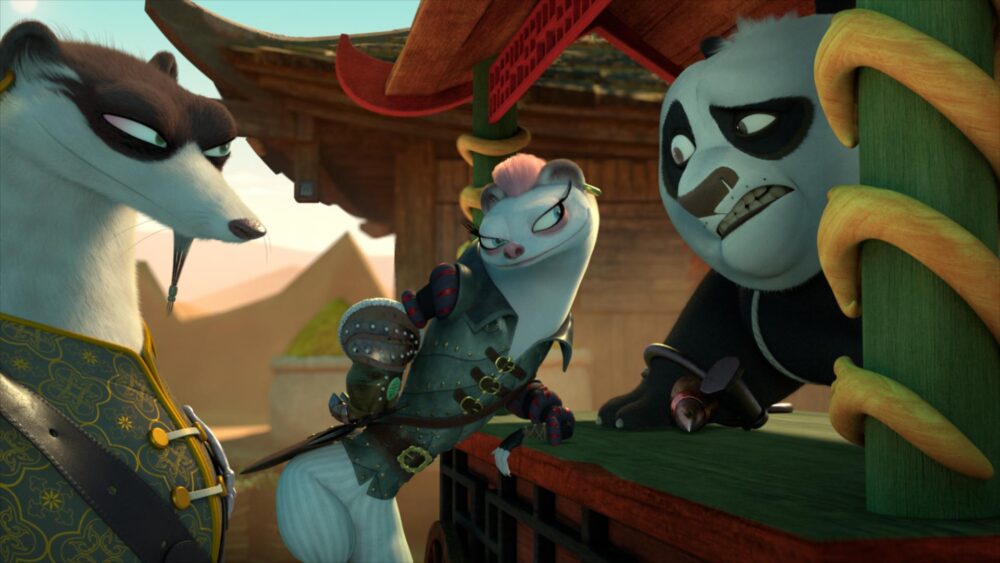 Kung Fu Panda: The Dragon Knight, based on the hit franchise from DreamWorks Animation and once again starring Jack Black as the voice of Po. (Read all about the show in the upcoming June/July issue of Animation Magazine! Subscribe today.)

Synopsis: hen a mysterious pair of weasels set their sights on a collection of four powerful weapons, Po must leave his home to embark on a globe-trotting quest for redemption and justice that finds him partnered up with a no-nonsense English knight named Wandering Blade. Together, these two mismatched warriors set out on an epic adventure to find the magical weapons first and save the world from destruction — and they may even learn a thing or two from each other along the way. 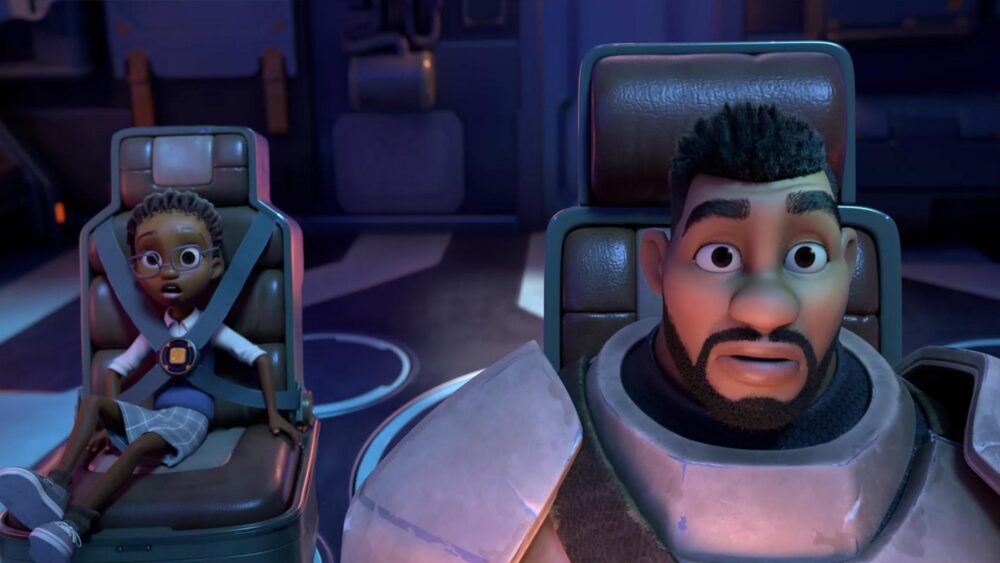 Synopsis: The action-comedy series follows the toughest bounty hunter in all the galaxy, a man with razor sharp skills but also a secret — his family on Earth has no idea what he does for a living. So when his two kids accidentally hitch a ride into outer space and crash his latest mission, they discover that their average Dad’s job is anything but boring. Dodging dangerous aliens and laser fights galore, this family bonding time goes to the extreme. Wait until Mom finds out… 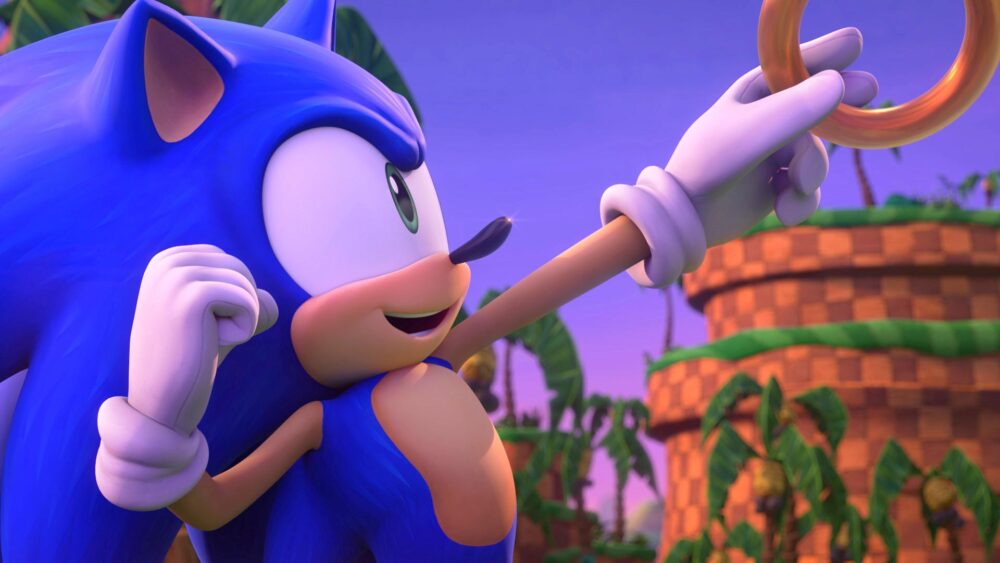 Sonic Prime (24 eps.), produced with SEGA of America and WildBrain, with Man of Action Entertainment (Ben 10, Big Hero 6) as showrunners and executive producers.

Synopsis: Aimed at kids, families, and long-time fans draws upon the keystones of the brand and features the “Blue Blur” of video game fame in a high-octane adventure where the fate of a strange new multiverse rests in his gloved hands. Sonic’s adventure is about more than a race to save the universe, it’s a journey of self-discovery and redemption. 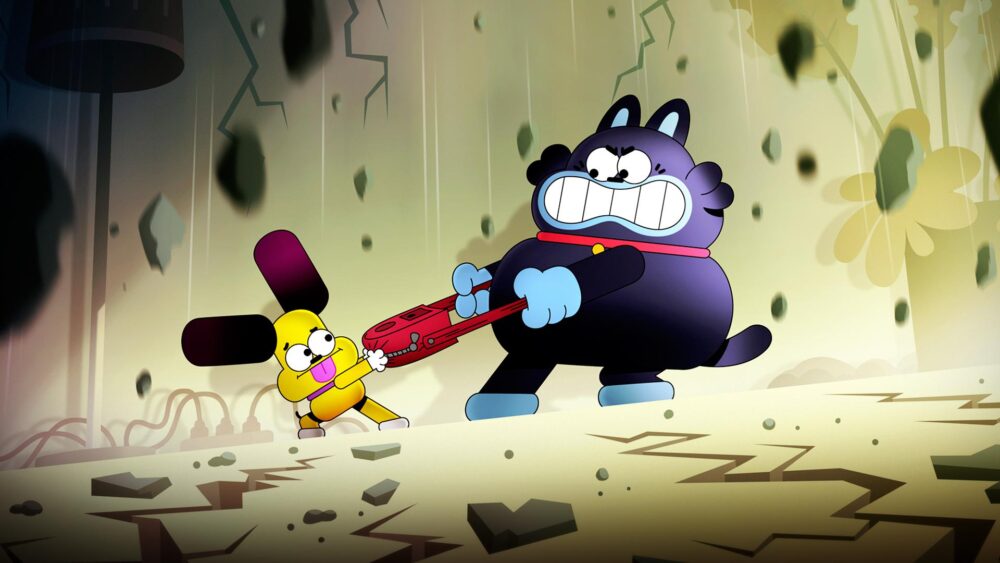 We Lost Our Human

Synopsis: Experience the story from the perspective of self-involved cat Pud or loving, hyperactive dog Ham, as they wake up one day to find that their human (and all humans) have disappeared from Earth! Desperate to find their owner, these two homebound pets venture out into the world for the first time to discover strange mysteries, meet bizarre creatures and maybe — with the audience’s help — save the universe along the way!

“These new series and new seasons build on the success of our kids animated series. Cocomelon, The Cuphead Show!, Gabby’s Dollhouse, Jurassic World: Camp Cretaceous and Sharkdog have all appeared more than once on Netflix’s Top 10 weekly global list of the most popular titles across 190 countries,” added Derderian.