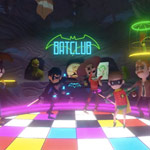 If you thought Batman and Robin were groovy dancers in the old ’60s TV series, then you need to check out the amazing new animated short created by motion graphic and 3D animation studio Monster Truck Ninja titled Batman Dance Party.

The studio’s owner and exec producer Isaac Woodby tells Animag that the project happened because he and his team wanted to stretch their wings and sharpen their skills. “Many times prospective clients have no idea about the full capabilities and styles we have as a studio, so we wanted a creative outlet to express ourselves,” says the Cleveland, Ohio-based animation pro. “At the end of last year, we decided to start using Instagram to showcase internal projects that we’re doing.”

Woodby says it all began when one of the studio’s interns was practicing modeling and working with mo-cap data. “He teamed up with our illustrator and senior animator, and they decided to make a dancing, Suicide Squad Joker,” says Woodby. “Once we saw the character in 3D with the soft clay-like material doing a silly dance, I thought it’d look cool to reduce the frame rate to make it look like stop motion animation.”

A Growing Cast of Characters

After that came Harley Quinn, and before long, they had eight Batman heroes and villains.

“Since most character didn’t have Suicide Squad versions we decided that we would mix eras of characters, classic to modern, because the 3D Claymation style so easily unified them all. A few weeks later, another intern started with the studio and both interns began working on 15 characters,” recalls Woodby.

He adds, “At that point I realized that we could edit these animations into a fun montage, but we needed more characters. Plus everyone would ask ‘Why not include this or that character?’” recalls Woodby. “So we brainstormed a list of mainstream and fan favorites to include. At this point our inner Batman fanboy nature started taking over. We had a blast picking dances that complimented the characters and made them even more humorous. The day we decided to have Alfred twerking it was one of our favorite points in the project, and when we knew that creating all these characters was just making us happy.”

Because Woodby’s studio had been expanding into the augmented and VR fields, the team decided to edit the Batman Dance Party short and move it into a 360 degree, VR versions of the characters busting their moves in the Batcave. “We even have augmented reality Batman characters who will dance battle when their markers are put close together!” says Woodby.

After illustrating the characters, which took a few days, each individual character would take about about two to two and half days to create from model to final render. Creating all of the character animations for the studio’s Instagram which were used to make the Batman Dance Party montage, it took us about five weeks or so between paid client projects. “The Batcave VR video took us an additional three weeks,” notes Woodby. “It was spread out over a couple months while we made an interactive version where you are a Batcave DJ that’s playable on the HTC Vive. (Sorry, that version is only for us since we can’t publish Batman games)!”

The creative team took advantage of a motion capture library to animate most the character dances.  They imported the data into the character, then they would clean up the animations. “Our interns were responsible for skinning the models, which basically is painting the mesh of the character to know what part of the character is hard (like armor) and what is flexible (like spandex),” Woodby adds. “Our senior animator handled all the simulations like capes and hair moving around. Apart from creating the motion capture dance data, the look development of the characters, materials, lighting, and custom animations were all done in-house by our talented team.”

Not surprisingly, after the studio posted the Vimeo link on two Batman fan groups, the short generated over 125,000 views and a ton of shares and comic book blog features. Additionally, the 360 degree VR spin-off of the Batman Dance Party was selected at a Vimeo Staff Pick last week. “I think our love for everything Batman just overtook us and inspired us to create and push the boundaries of what we could do,” says Woodby, looking back at the whole experience.

You can check out the original Batman Dance Party here and the VR spin-off here. Monster Ninja Truck also posted all the character animations on its Instagram account here. 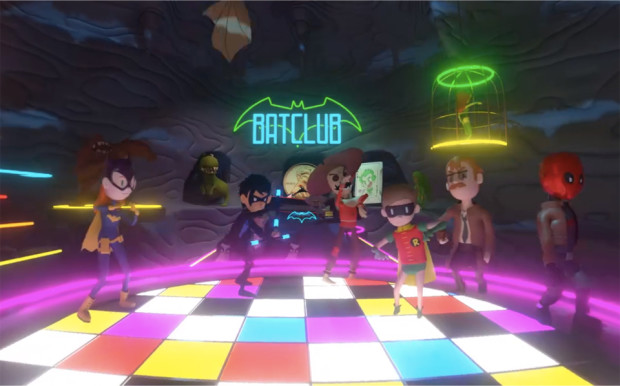 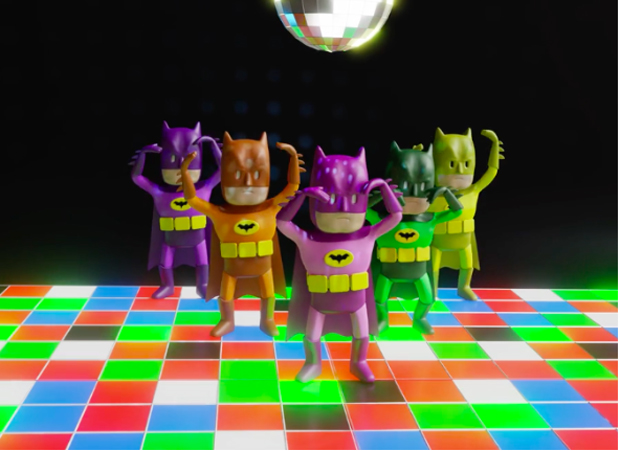 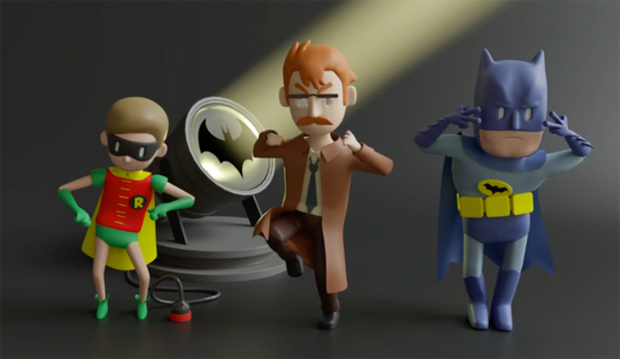