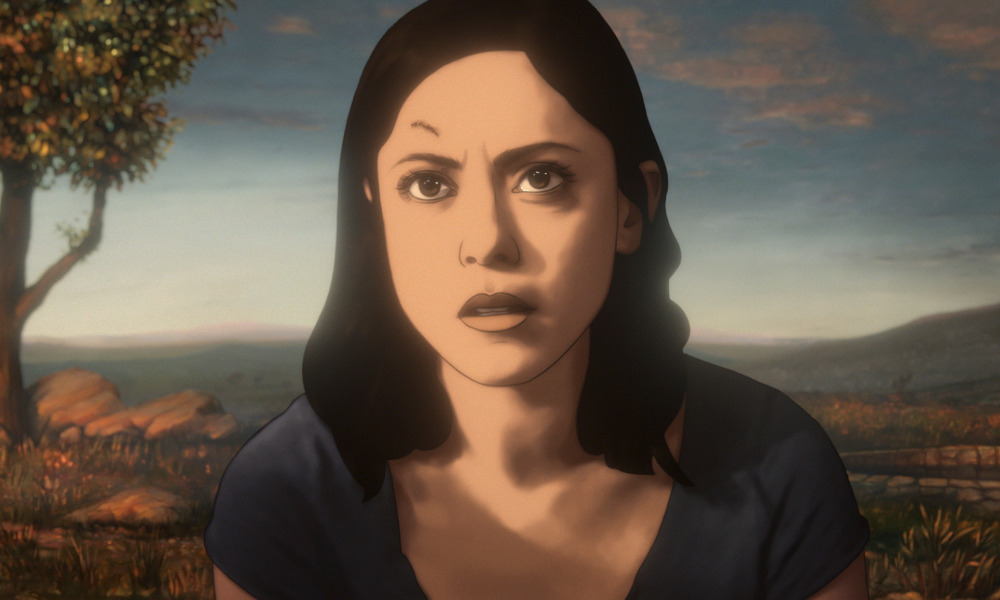 ***This article originally appeared in the May ’22 issue of Animation Magazine (No. 320)**

When we last saw Alma (Rosa Salazar), the heroine of Amazon Studios and Tornante Productions’ boundary-pushing Undone, she was in Mexico, waiting to be reunited with her father Jacob (Bob Odenkirk). Fans of the show will be happy to know that there are more mysterious events and beautiful animation in store in the second season of the entertaining series, debuting on Prime Video on Friday, April 29. At the helm are creators, exec producers & showrunners Kate Purdy and Raphael Bob-Waksberg, with director/production designer Hisko Hulsing, the award-winning creator of acclaimed shorts Seventeen and Junkyard. 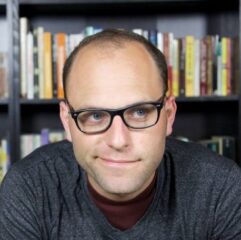 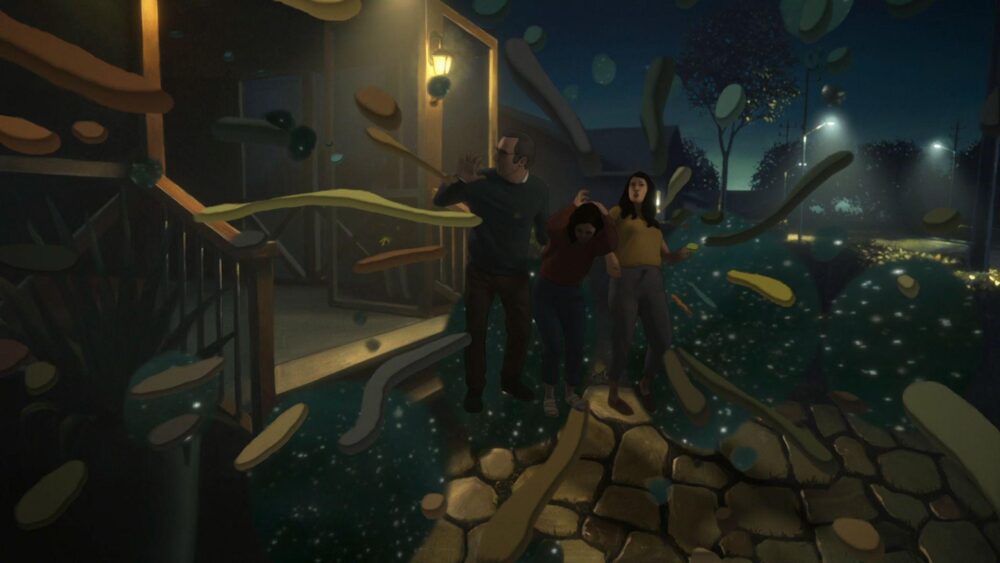 Purdy says she was grateful to come back and continue to work with everyone who made the first season such a compelling watch. “It was a joy to be able to pick up where we left off with our collaborators, all the writers and animators, actors and our director Hisko, and just continue that process and deepen these relationships that we had already built during the first season,” she notes.

Bob-Waksberg chimes in, “Yes, I think the challenge and the joy from a creative standpoint was, how do we build on what we did before and not feel like we’re repeating what we did in season one, and not lose what’s special about season one — and maybe discover some new special things? It was also important to go to new places and try different kinds of stories that still fit in the world of our show.”

Purdy also points out that she is quite pleased with the way they were able to build up the main character’s relationship with her sister in the second season. “We get to learn more about Becca’s abilities this year, so we also witness how Alma and Becca (voiced by Angelique Cabral) grow as a result of their relationship.” 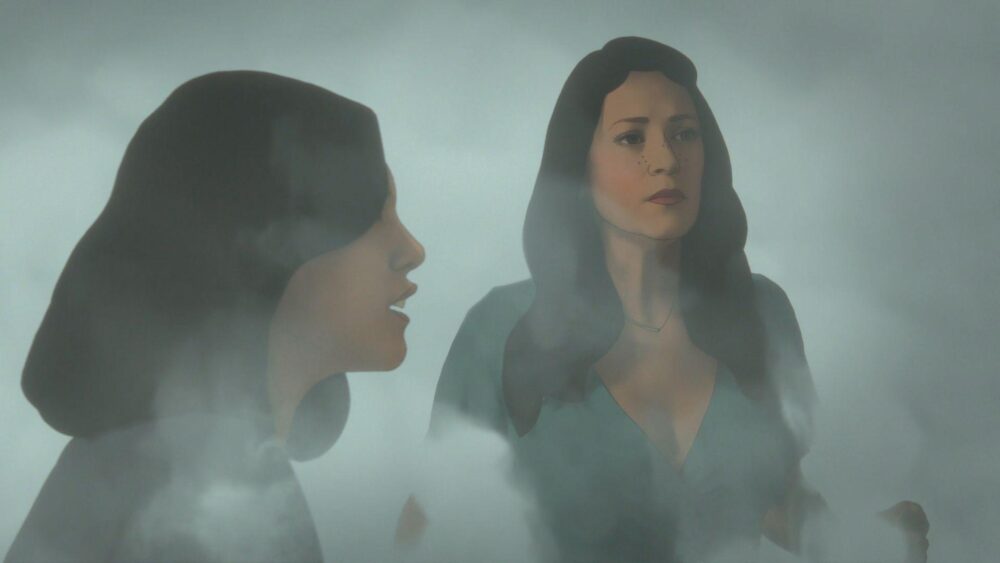 One of the impacts of the pandemic on the production was that director Hulsing, who’s based in Amsterdam, was unable to fly to L.A. to oversee the live-action shoots. “Season one felt as if we were building a car while driving it, constantly inventing new techniques and solving problems while being in production,” he recalls. “At the end of season one, it was a well-oiled machine. All artists in all departments — the oil painters, the roto artists, the animators — had had one and a half years to train themselves, improve and reach very high levels of quality. So, I figured that our second season would feel like driving a Maserati on cruise control!” 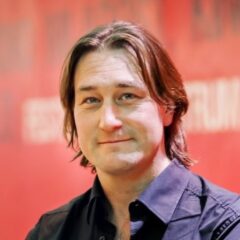 He adds, “Then COVID came along and it became very uncertain if we could make the second season at all. We actually did some motion-capture tests with Rosa Salazar in a garage in Hollywood and we tried to rebuild her face in 3D, but we entered a very uncanny valley! Noel Bright and Steven Cohen from Tornante Productions luckily came up with a way to shoot it in a similar way as the first season, by testing the crew and actors on a daily basis. And we came up with a way to simplify the shoots. We had to work with a very well-organized, but super small skeleton crew of five people on set, who had to work like beasts!”

Hulsing had to resort to directing the crew from his own studio in Amsterdam, with a nine-hour time difference. “It had to be prepared even more carefully than season one,” he adds. “So on top of storyboarding all 3,000 shots, we also created 3D previz that was overlaid on top of the two camera views so that our DOP Nick Ferreiro and his team and [producer] Patrick Metcalf, who was leading the set in person, could communicate with me all the time. I was watching four monitors with camera A, camera B, previz streams, storyboards and scripts from 4 p.m. until 4 a.m. each day and directing our artists in Amsterdam, before 4 p.m.! Because of the complex methodology, which involved shooting actors in greenscreen studios and then later painting in all the environments with oil paint, it was of the highest order to get everything right, so we wouldn’t waste time and resources.” 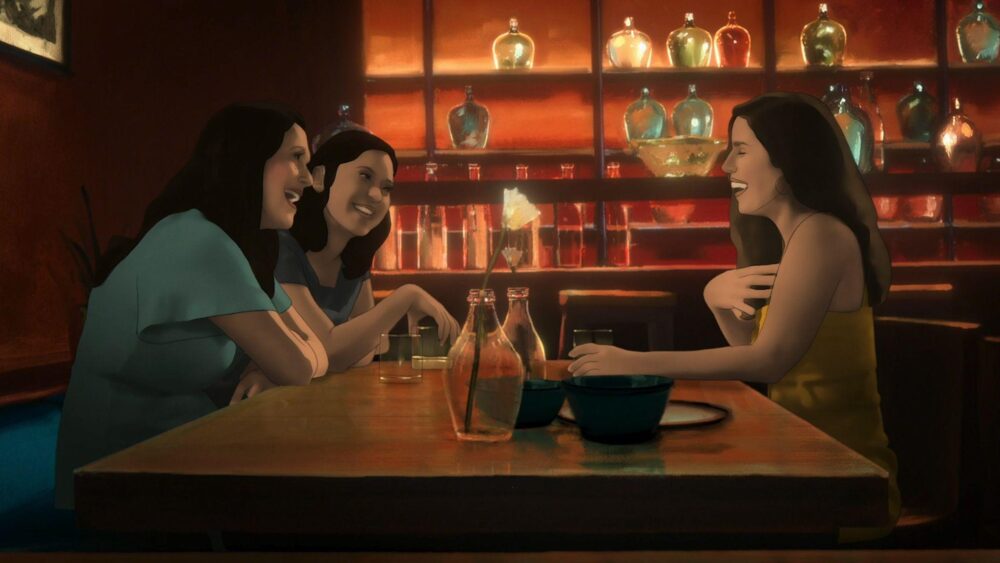 Despite all the challenges, Hulsing feels that the sophomore season is both aesthetically and technically better than the first. “This season has a very different approach than the first and it feels very fresh, without damaging the emotional truth behind it … We found ways in every department to improve all skills, taking off from where we left season one. Our showrunners Kate Purdy and Raphael Bob-Waksberg and their writers have written pretty genius stuff once again!”

The show creators also agree that mixing hand-painted animation and rotoscopy has been the perfect way to tell this ethereal tale. As Purdy puts it, “All of our artists are bringing so much empathy and heart and soul to the project, and the fact that so much of it is actually handmade plays a big part in conveying the emotions of the show. I think you feel all of that. Of course, in terms of the themes of the show, we’re exploring the nature of reality. Our visuals sort of look and feel close to reality — but they are living in that artistic, imaginative space. The animation feels more representative of the emotion of reality than a physical photoreal depiction.” 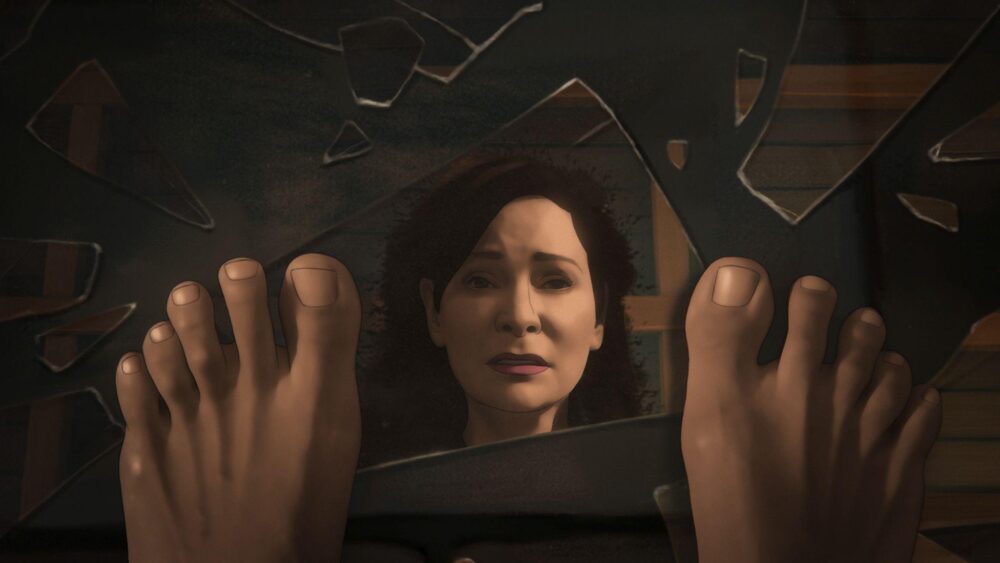 Bob-Waksberg says he has also been very surprised and pleased by the way the show has reached out to those who don’t follow animation. “I’ve heard from people who had perhaps avoided animated shows in the past,” he says. “Maybe they thought animation was just for kids or it was just used for goofy comedy. I hope our show makes people realize that there are all kinds of amazing stories out there that are being told through this amazing medium of animation.” 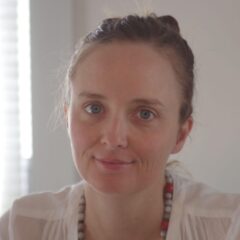 Purdy says the response from audiences has been quite fascinating. “I get two different kinds of responses,” she says. “Some people tell me that they suffer from mental illness or anxiety or depression or OCD, or have a relative who does. Then, there are others who tell me they’re spiritualists and hear angels and voices, so the mystical elements resonate with them. This is part of the central mission of the show, which asks: Is Rosa experiencing what is known as the ‘unseen world’, or is it mental illness? The show sets out to ask questions and sort of says: This is something we don’t quite understand, and let’s explore it through these characters. It’s an artform that you bring your own personal perspectives to and interact with from your own point of view. Hopefully, that will create more empathy and we can see that there are so many perspectives and different answers in the world. So, maybe we should be open to other people’s interpretations.”

The second season of Undone premieres on Prime Video on Friday, April 29.