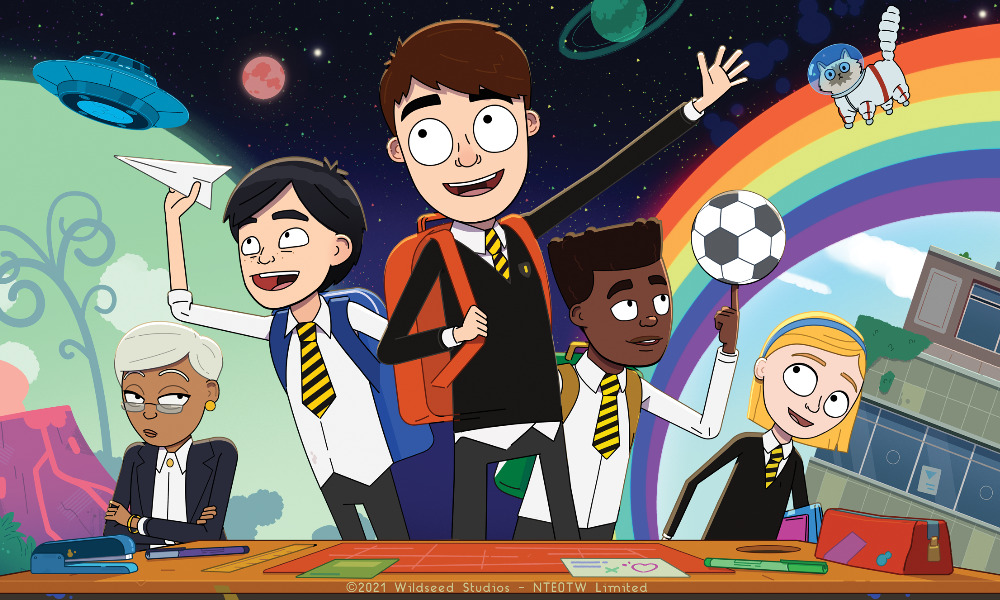 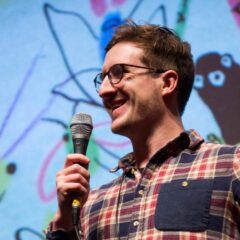 Arriving on HBO Max on Thursday, April 28, the charming new animated series Dodo centers on the everyday school life of an 11-year-old boy named Joe Connolly as he tries to navigate the crazy pitfalls of the first year of high school. Luckily, he has his friends Frisbo, Pete and Lily by his side to offer him support and keep him centered, entertained and sometimes even more confused than before!

The 2D-animated show is created by Jack Bennett, based on a short he made when he was a student at the University of the West of England. “The short was called Not the End of the World, and it had loads of inspirations — from classic films like ‘Stand by Me, Scott Pilgrim, the books of Simon Rich and a lovely short film I love called In the Air Is Christopher Gray. All these helped shape the feel of the show, how I explored comedy and tried to create real, touching moments.”

Bennett completed the short in 2017, and around the same time, the team at Bristol-based Wildseed Studios (founded by Miles Bullough and Jesse Cleverly), saw the short and decided to develop the show based on it. The writing for the show started in 2019. Wildseed handles all the pre-production, while Toonz in Kerala produces the animation and Telegael does the post-production. Overall, about 150 people work on the series, which is animated in Adobe Animate. 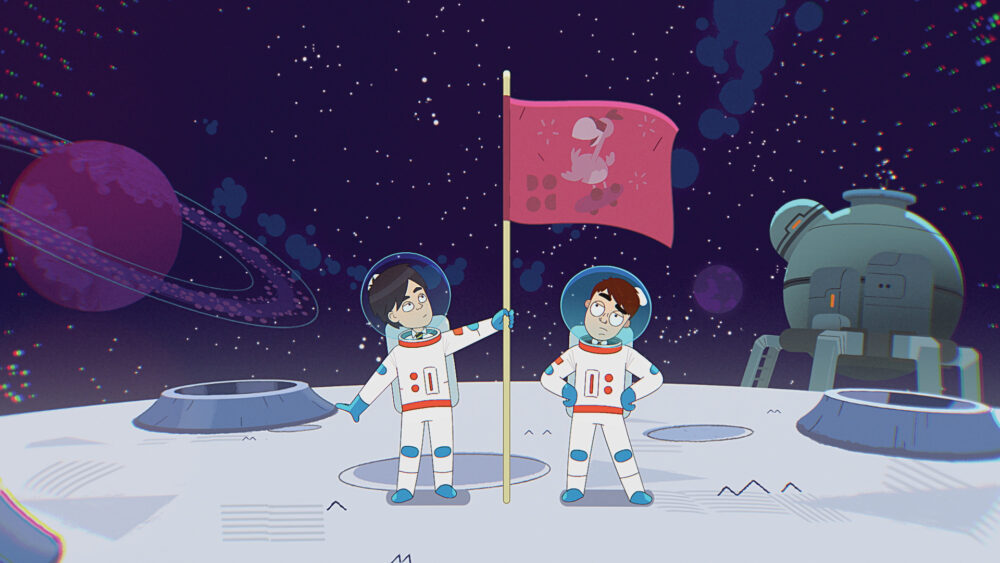 Like many shows created during the COVID years, most of Dodo was produced remotely. “With so many people on the team working incredibly hard to make sure we tackled any obstacles this created,” says Bennett. “On a personal note, it was a big challenge for me to go from a one-man team to being part of this big team, where I wasn’t doing everything. We had to develop trust and creative relationships, which was challenging but so fulfilling. It took a little bit of time for me to figure out how the show would work, but with the guidance of my producers I think we really sorted out how Dodo works as episodes and as a show in total.”

For Bennett, the show was a chance to look back at the world he grew up in and capture all the hilarious and crazy details about his adolescent years. “I like that we can deal with quieter, more introverted characters and delve into their innermost thoughts and fears and still go to crazy worlds,” he admits. “The juxtaposition of being able to show the fear of a kid being exposed as a scaredy cat and in that same episode have a jetpack fight with a Godzilla-style kaiju. And then alongside all of this, we can show these tender, small moments which I think we all remember from our childhood that felt like the most important things in the world!” 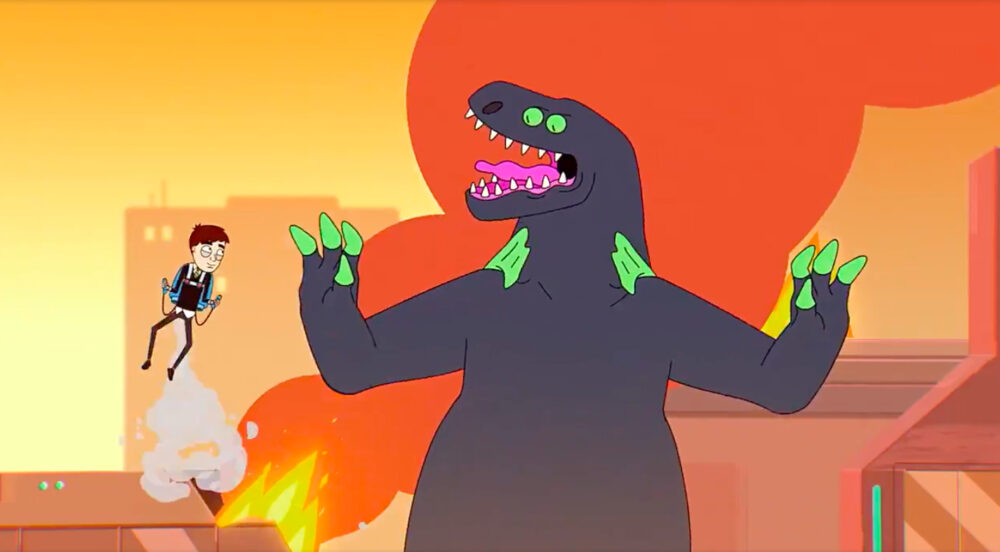 The talented show creator says Chris Miller and Phil Lord are two of his biggest animation heroes. “They cram so much loveliness into their films — from Mitchells vs. the Machines to Spider-Man: Into the Spider-Verse,” he notes. “They create such out-of-this-world adventures, but it all begins from relatable and truthful stories and character relationships. Alongside this, shows like Hilda and Kid Cosmic are doing fantastic things for animation and pushing the medium forwards.”

He adds, “I think animation is in a fantastic place in 2022. All over the world, really great animation is being produced and in a huge variety. Shows like Hilda and Kid Cosmic look amazing and are animated very, very well. Likewise, we’re exploring real drama, alongside the traditional wacky and wild stories we’re used to seeing!” 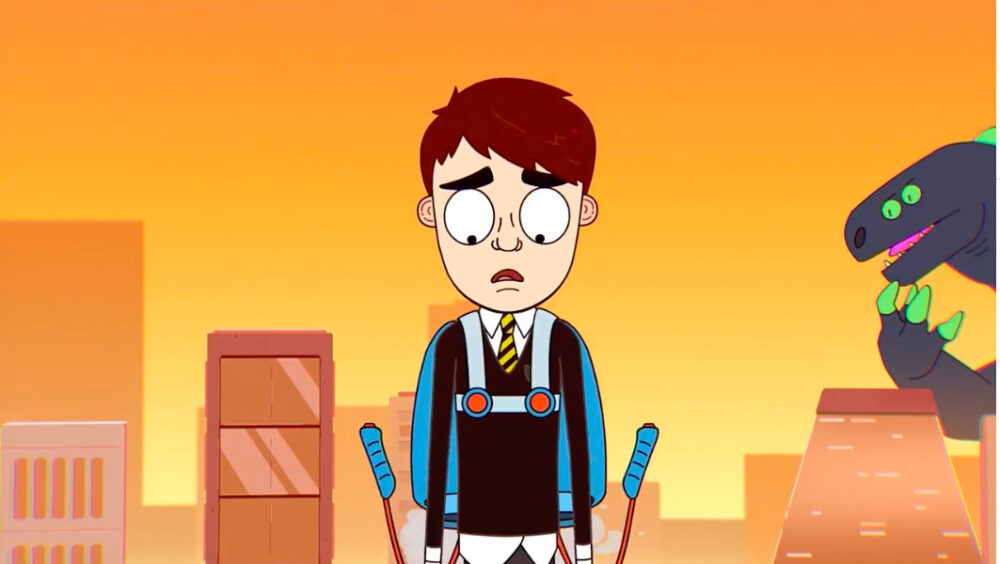 When it comes to giving advice about creating your own animated show, Bennett says, “I’m probably not the person to give advice, but I did give a lecture at [University of West England] a while ago, and the topic I chose to talk about was failures. I got an impression upon entering the industry that the people I idolized were always successful and never failed, but the truth is everyone failed a lot. I failed so much, and for me, the key to improving was accepting failures, actually embracing them and learning from them. It’s a super-tough industry, so you have to try to create content that you love!”