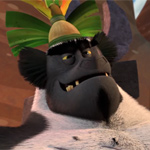 The animated world of talking animals meets the pageantry of power struggles in the all-new, standalone series All Hail King Julien: Exiled, which launches on Friday, May 12. This fresh installment of the Netflix Original Series from DreamWorks Animation Television takes a cue from the smash hit fantasy drama Game of Thrones, as King Julien is forced into exile and must scheme his way back to his rightful crown.

In the exclusive clip you can find below, the usurping king seems to have everything squared away, and is celebrating the imminent completion of his royal monument. As he looks forward to letting his labor force of “interns” go, Mort the mouse lemur plays the fool…

Synopsis: After King Julien is forced to flee the kingdom, leaving his subjects behind, a chill sets in on the island of Madagascar: Koto has taken over. Separated from his closest friends and fearing the worst for his people, King Julien ventures across the sea to recruit an army of unlikely allies. As a battle of the lemurs looms large, King Julien is not alone. Maurice, Clover and Mort will stop at nothing to find their King, each enduring a personal journey to ensure that Julien’s booty lands back on the throne. 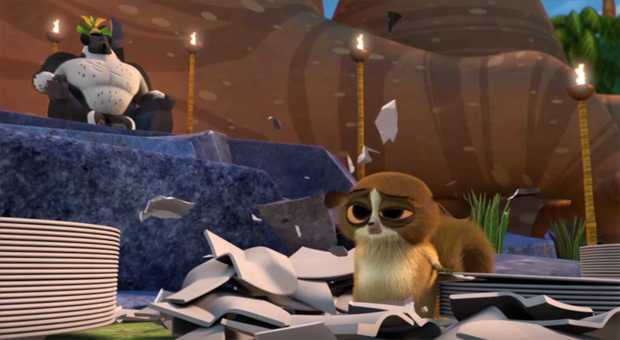