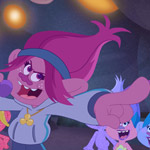 With season 2 of DreamWorks Animation Television’s Trolls: The Beat Goes On set to bring even more sparkle to Netflix streaming on Friday, March 9, we’re chuffed to share a fun clip from an upcoming episode, in which an easy babysitting gig goes awry … (Mr. Dinkles! Nooo!)

In season 2, Poppy, Branch and the Snack Pack live it up with all new glitter-rific festivities and adventures, like taking part in the Annual Party Games, battling in an epic village-wide pillow fight, and rapping in an open mic compliment battle. As they celebrate Troll Village with new critters and new songs, the party is just beginning.

The series features the voice of Amanda Leighton (The Fosters, This Is Us) as Poppy and Skylar Astin (Pitch Perfect) as Branch. And don’t forget, a complete album of music from the first two seasons will be available starting March 16 — pre-orders are open now. 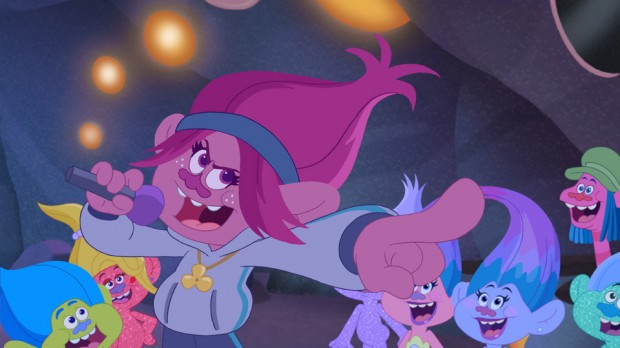 You may also like...
Related Topics:Amanda Leighton, DreamWorks Animation Television, Netflix, Pitch Perfect, Skylar Astin, The Fosters, This Is Us, Trolls: The Beat Goes On