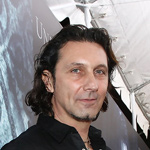 In a summer filled with old, familiar characters getting high-tech, big-budget, cinematic reboots, the venerable Godzilla looks to stand fire-breathing-head-and-shoulders above just about everyone. In fact, in his new digitally created form, in the Legendary Pictures/Warner Bros. co-production, he is reputed to be bigger in scale than all other Godzillas before him. This is not, however, the first time the big guy was brought to life on-screen through digital animation.

Those with good memories of so-so movies will recall that there was an attempted reboot sixteen years ago, also titled Godzilla, which had the King of the Monsters creating a reptile dysfunction throughout Manhattan. Part of that remake’s stated purpose was to create a whole new Godzilla, one that was sleeker, faster, and far less lumbering than in the Japanese cult films. Back in 1998, I spoke with noted artist Patrick Tatopoulos, who designed that version of the creature. “I’ve got every tape at home, and my first feeling was, I cannot touch this,” Tatopoulos told me, adding:

“If someone says, ‘Look at this painting by Rembrandt, I need you to repaint that scene,’ and if you take the same technique as Rembrandt and try to do the same painting, you’re making a mistake, and you’re very disrespectful. [Japanese film studio] Toho sent me five of their heads, cast from the original molds and painted in black, which I put next to each other. Then I put my guy at the end. If you look at the evolution of Godzilla, it looks like we missed two links before we got to ours.”

Patrick went on to explain that his Godzilla was inspired in part by a classic Disney animated character:

“In The Jungle Book, there’s a tiger called Sher Khan who looks very novel, and that novelty in his face comes from that very strong chin. On the old Godzilla, the ears and the muzzle were like a dog. We brought kind of a cat look into the new one.”

What few people know is that the genesis of what became Godzilla is rooted in animation. Producer Tomoyuki Tanaka originally envisioned making a film featuring an irradiated octopus, which would be animated through stop-motion. But after seeing special effects genius Ray Harryhausen’s work in 1953’s The Beast From 20,000 Fathoms, Tanaka decided that a dinosaur-like creature would be a better proposition, and also that stop-motion animation would prove too expensive. So actor Haruo Nakajima was hired to stomp miniature Tokyo to smithereens inside a stifling rubber dinosaur suit for Gojira (1954), which in its original form was a noirish, serious-minded, post-war metaphor for the dangers of nuclear proliferation … really! Only through reediting, English dubbing, and the inclusions of new scenes with Raymond Burr, did its American version, Godzilla, become a hit drive-in monster movie.

The new Godzilla features a monster that appears a little more retro than in his 1998 reboot (maybe he’s one of those missing links of which Tatopoulos spoke), and it will soon be seen whether the King of the Monsters can become the King of the Box Office. But if nothing else, the big guy looks pretty good for a 60-year-old. 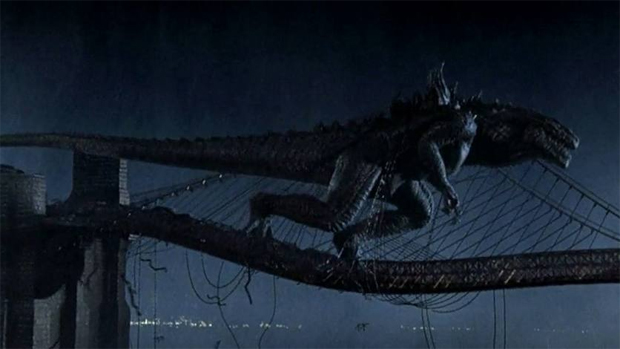 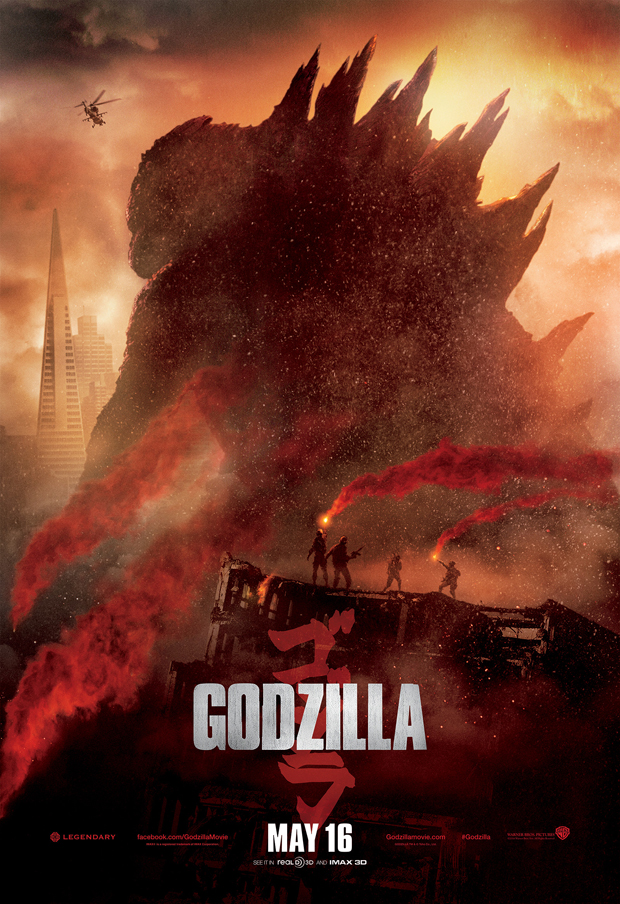