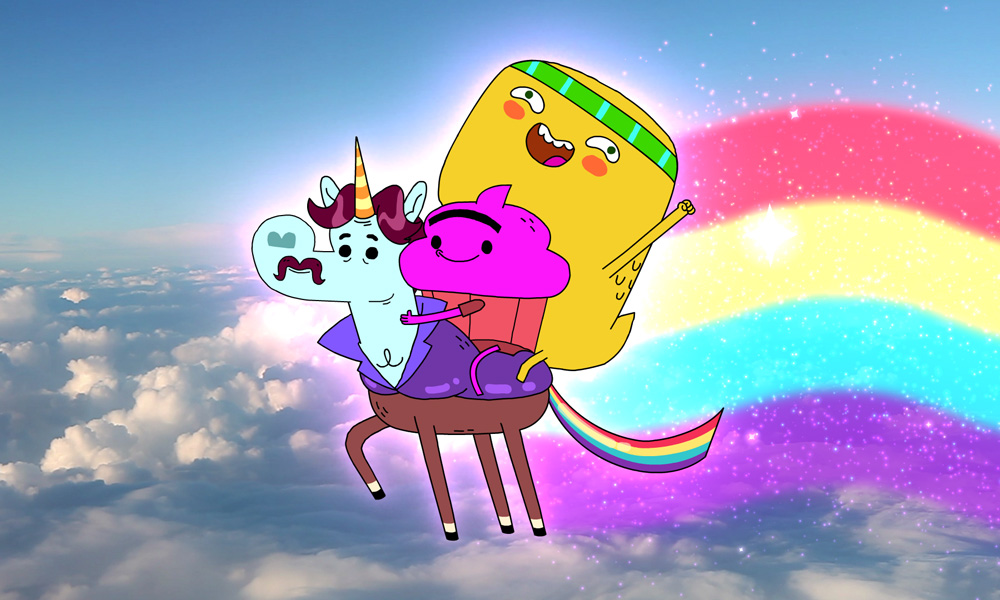 Entertainment One (eOne) has confirmed that a second season of original animated comedy Cupcake & Dino: General Services will be packaged for Netflix streaming. The cartoon sitcom is aimed at kids 6-12, while also ticking the “kidult” box.

Created by Brazilian director Pedro Eboli and co-produced by eOne and Brazil’s award-winning animation studio Birdo Studios, the new 26 x 11’ season will launch globally (excluding Canada and Brazil) on Netflix on Friday, May 3, bringing the total number of available episodes to 52.

“We’re delighted to be continuing work with Pedro and his hugely talented team to bring these new animated episodes to our ever-growing fan base of cool kids and silly grown-ups!” said Olivier Dumont, President, Family & Brands at eOne.

Synopsis: Cupcake & Dino: General Services follows the hilarious exploits of a tiny Cupcake with big ideas and his giant spunky brother Dino as they strive to make a name for themselves in the super competitive General Services industry. Lawn-mowing? Sure! House-sitting? Ya please! Stop a monster from another dimension before he devours earth? Okay fine. Everything starts small and normal in this world. But Cupcake & Dino always manage to make it big and surreal, just by being… themselves!