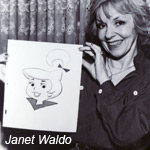 It was the rock song that defined a generation.

All right, it wasn’t really. Instead, Eep-Opp-Ork-Ah-Ah, which highlighted 1962’s A Date with Jet Screamer, the second-aired episode of The Jetsons, is a spoof of two generations at the same time. But the combination of the wailing, jazzy tune by Hoyt Curtin; the wild lyrics (attributed to Bill Hanna and Joe Barbera); the uninhibited vocals of comic actor Howard Morris, in the first of many animated roles for Hanna-Barbera; the flashy, abstract sequence design by Jerry Eisenberg; and the kinetic, driving animation by the legendary Robert “Bobe” Cannon—who was brought into the studio specifically to animate this number—have made it one of the most memorable songs of the TV animation era. Eep-Opp-Ork-Ah-Ah is sometimes referred to as the first music video. 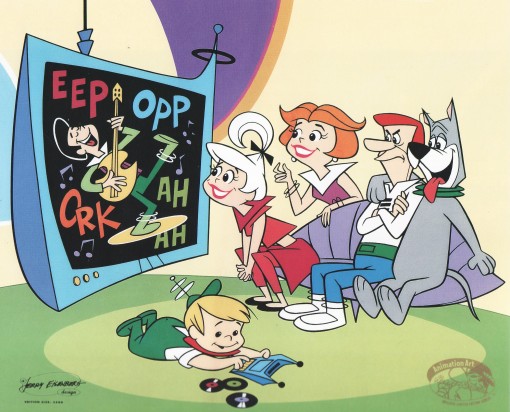 In A Date with Jet Screamer, space teen Judy Jetson wins the date in question with gyrating space teen idol by writing a hit song for him. That put a lot of emphasis on the song. Nearly fifty years later, the results speak—or wail—for themselves. But the recording of the song did not exactly go off without a hitch. 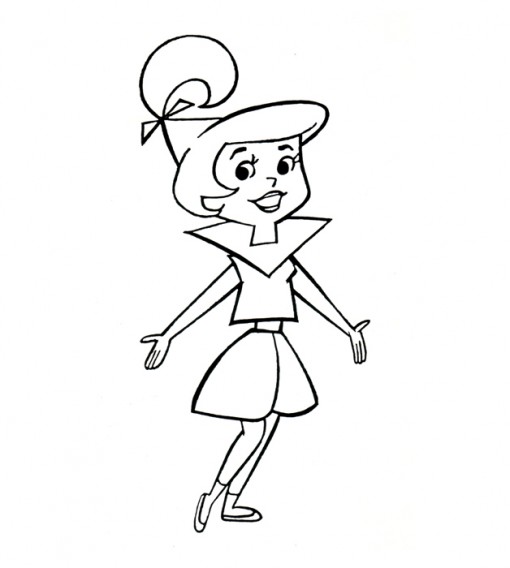 In 1991 I spoke with actress Janet Waldo, who has provided the voice of Judy Jetson almost exclusively since the series began in 1961 (Universal Pictures’ insistence that former teen-idol Tiffany play Judy in 1990’s Jetsons: The Movie, wrecked an otherwise sterling record…not to mention the movie.). Janet told me that the recording session for Eep-Opp-Ork-Ah-Ah was almost derailed because of a misunderstanding. The ever-professional actress arrived promptly at United Western Recorders on Sunset Boulevard in Hollywood to record her part in the song with comic actor George O’Hanlon, the voice of George Jetson, for Bill Hanna, who was making a rare appearance as session director:

“Joe Barbera would work with the actors and he was a fantastic director. Bill would come around and watch, but he was never really hands-on with the direction. But he did direct Eep-Opp-Ork-Ah-Ah. I got there an hour early because they expected me to be available to do the recording before our regular recording session with Joe. So I went to the studio and the girl said, ‘Oh, you’re early, nobody’s here, and they won’t be here for an hour.’ So I went to the Broadway Hollywood and shopped. I came back and Bill had everybody there, George O’Hanlon was there, the music, everything…and I was an hour late! Of course, he kept rehearsal waiting. I thought, ‘Gee, my agent gave me the wrong time.’ Well, I had the right time…but the wrong location!” 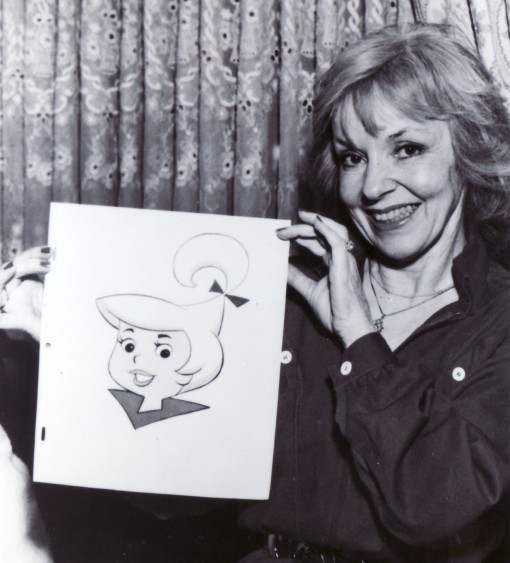 Janet Waldo posing with her most famous character

It turned out that Janet was supposed to be at TV Recording Studios, which was located nextdoor to United Western Recorders, at the appointed time. But despite the confusion, the team recovered quickly, and Janet and George O’Hanlon’s reprise of the song was recorded in about forty-five minutes. The song was even released as a 45 by Little Golden Records, but with the title misspelled as Eep-OOP-Ork-Ah-Ah.