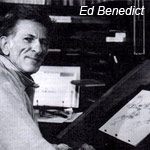 The recent release of Disney’s Winnie the Pooh illustrates just how much the look of animation has changed over the past twenty years. Today, of course, we regard such changes as being matters of dimension:  two-dimensional, hand-drawn (like Pooh) as opposed to three-dimensional, digital imagery (like damn near everything else).

However, an equally revolutionary change in the look of American animation occurred in the post-war years, with the development of the angular, abstract, UPA style.  Interestingly, the spread of that graphic style to other studios came not from a UPA artist, but rather a veteran animator who admired the studio but never worked there:  Ed Benedict.

In the case of the Tex Avery cartoon unit at MGM, which Benedict joined in 1952 as a layout man and character designer, the shift did not come easily. “They all hated UPA,” Ed told me in 1992.  “They said:  ‘It came from another world, and it should go back there!’ They hated it, but I thought it was terrific.” 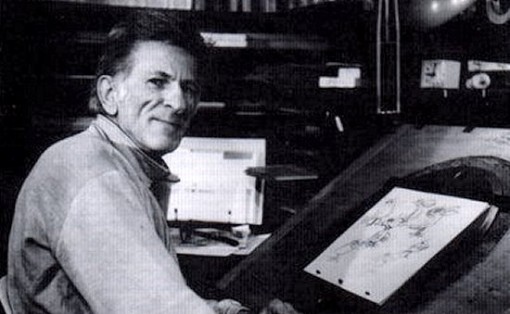 Ed went on to say that his artistic vision did not endear him to the animation staff:

“I don’t think most of the guys over there liked me. I don’t know that they disliked me, but I don’t think they liked the idea of my being there, because I shot down their easy street. Prior to me, Tex didn’t have what you’d call a layout man. He had an old guy out in the back of the place, in the background room, a guy by the name of [Johnny] Johnson. He’d been painting his backgrounds for years back there, the same stuff over and over and over again. But there was no laying out. The animators would make the models in accordance with the rough scribbles that Tex would make. But he wanted me to rehash them more in the contemporary style. I got the feeling they [the animators] didn’t like me so much because now I was making them work. The characters that I designed…they weren’t accustomed to that kind of drawing, those kinds of hands and feet and eyes, which were sometimes on the same side of the head. I couldn’t go completely UPA-ish, because Tex’s gags wouldn’t allow it. His gags were still the old style of stuff.  But the animators were accustomed to the jowlish, bulb-nosed, pudgy type of characters, and I had to sharpen some of the corners.  So it was a little difficult.” 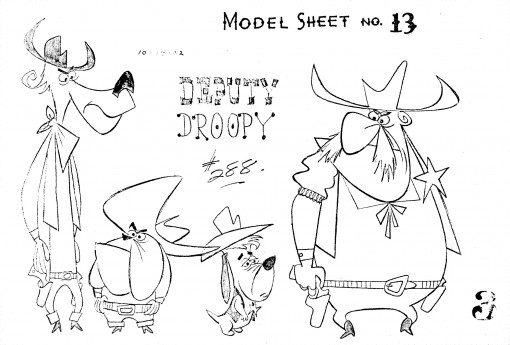 Of course, a few years later Ed’s style would prove invaluable to a couple other MGM employees, Bill Hanna and Joe Barbera, who were forced to constrict their cartoon style to TV.  Ironically, it was now Benedict himself who had some reservations. “Some of the [television] things I liked, and some I didn’t,” he told me in another interview in 1998. “But I did an awful lot of stuff, and you get a little bit squirmy trying to find a new way to make a nose.” 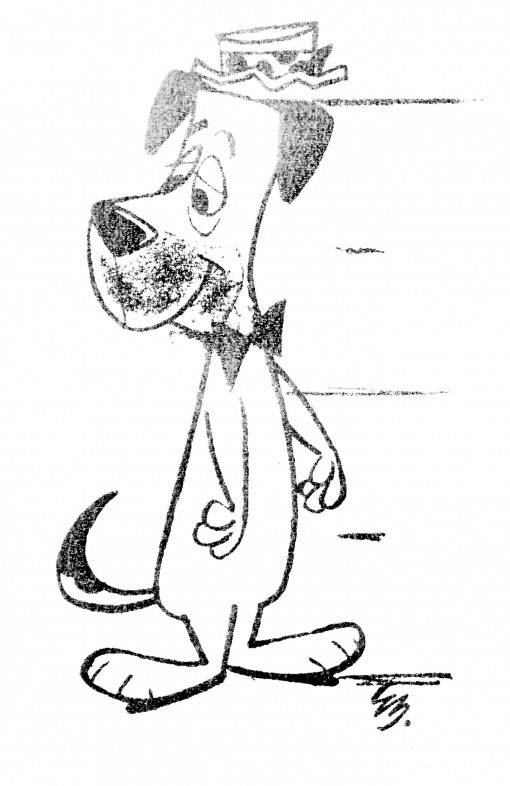