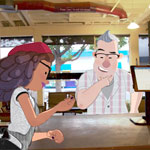 In the wake of DreamWorks Animation’s acquisition by Comcast/NBCUniversal, a lot has changed. Capturing this shake-up is a new animated micro-series, Disrupted, created by director Brian Newlin and inspired by his own experiences, launched in collaboration with Nimble Collective’s Virtual Studio Service Platform.

Disrupted is set in a real-life coffee shop (Backyard Coffee in Redwood City, California), depicting the events in the life of an animated avatar of Newlin: “Ben,” a 40-ish, unexpectedly out of work animator on a disillusioned and absurd path back to the work force.

The episodes are posted in a blog format — you can follow the series at www.disruptedliving.com — and take advantage of the subtle dischord of 3D characters on live-action background plates to drive home the disoriented hero’s narrative. From the Day 1 post: “… I’m suddenly unemployed as the entire northern California studio location was nuked from orbit. At first I was in shock, and felt a void in my life where my office and coworkers once were. Luckily, I was accepted at a new office, The Coffee Shop!”

Nimble Collective, a Silicon Valley startup with the first cloud native animation platform, seeks to shake up the industry by giving creators the tools they need to produce animated projects without requiring the backing of a multi-million dollar studio setting. Disrupted is one of several animated films created as part of Nimble Collective’s Pilot Program incubator for first-time directors.

Learn more about the series on its project page. 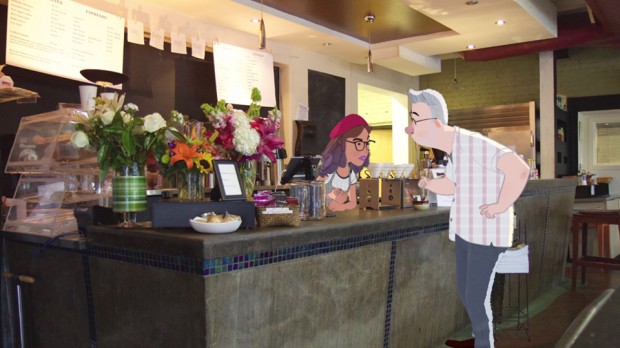 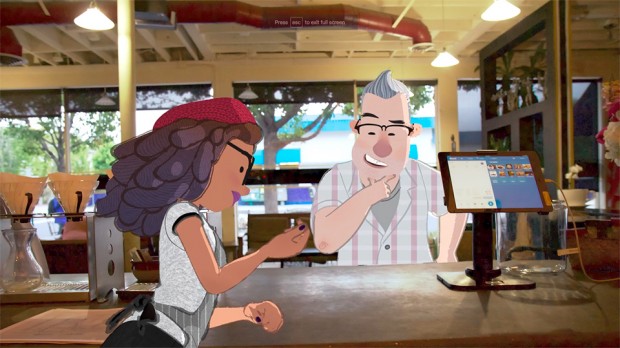 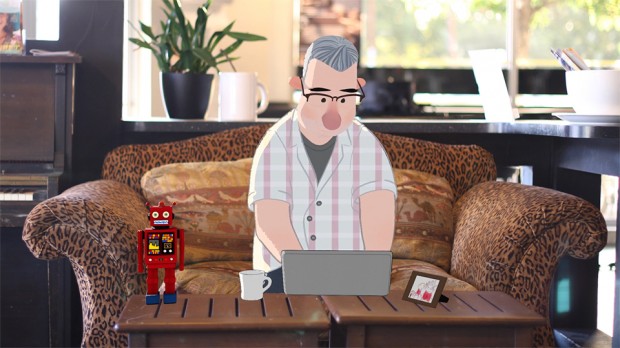