July marks the arrival of an all-new Netflix original series from DreamWorks Animation — the out-of-this-world buddy comedy Home: Adventures with Tip & Oh — as well as a fresh third season of The Adventure of Puss in Boots — following the further magical adventures of the swashbuckling cat as he fights to defend the innocents of San Lorenzo.

Arriving July 15, The Adventures of Puss in Boots Season 3 picks up where the last season’s cliffhanger finale left off: Puss must go toe-to-toe against the evil Bloodwolf. Realizing he can’t succeed along, he forms the Senior Defense Squad and joins a rowdy band of Sky Pirates. Fans will also see Puss face off with his ex-girl-fish-monster FeeJee and the Emperor of the Merpeople, take control of the flying pirate ship, and lead an army of skeletons back to San Lorenzo; a twin Puss created by Artephius; Kid Pickles named King for his birthday, and much more.

Then on July 29, Netflix premieres Home: Adventures with Tip & Oh, which relates what happens when misfit alien Oh moves in with adventurous teen girl Tip and her human family. Set after the events of the 2015 feature film Home, this coming-of-age buddy comedy follows the unlikely duo as they navigate the crazily combined human and alien culture they live in. The show will also include lots of catchy original music performed by teen singing sensation Rachel Crow (Rio 2, X Factor). 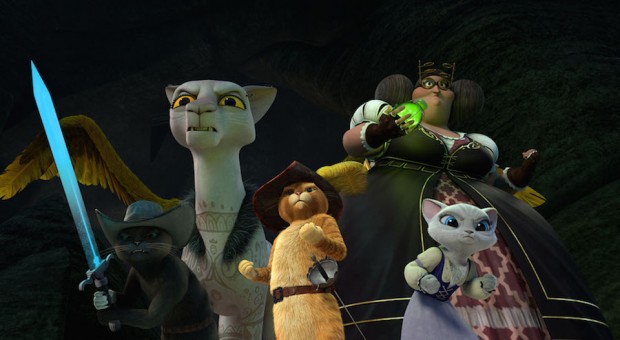